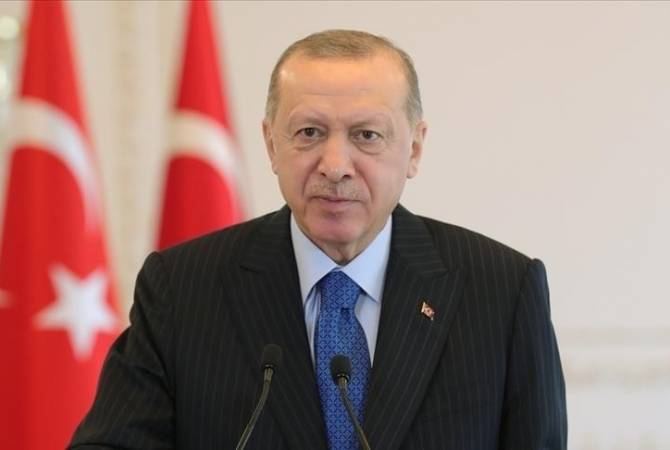 During the 44-day Karabakh war, we witnessed the two-faced behavior of international media, Turkish President Recep Tayyip Erdogan said at the media forum of the Turkic Council in Istanbul, according to Azerbaijan in Focus, reporting Trend News on October 22.

“The shelling of civilians of Azerbaijan with ballistic missiles by the Armenian army was not covered by international media at all,” Erdogan said.

The Turkish president also noted that that international media bodies, speaking about the independence and objectivity of the media, acted as the official news agencies of Armenia.

“This is not the first and nor the last example of media sanctions against the realities associated with the Karabakh war, our countries, the Turkic world. We are faced with a similar attitude on many issues related to our history, national security, and the values of our nation, including the question of allegations of fictional ‘genocide’. Against the backdrop of our bitter experience, we all clearly see this reality. We cannot rely on others in media matters, nor can we completely rely on foreigners in the defense industry and military matters. Like in other strategic issues, we ourselves must take measures in the field of media and communications. The Turkic world itself should put forward initiatives in this direction, exchange experience, unite forces and look for ways to effectively assess the available opportunities,” Erdogan said.