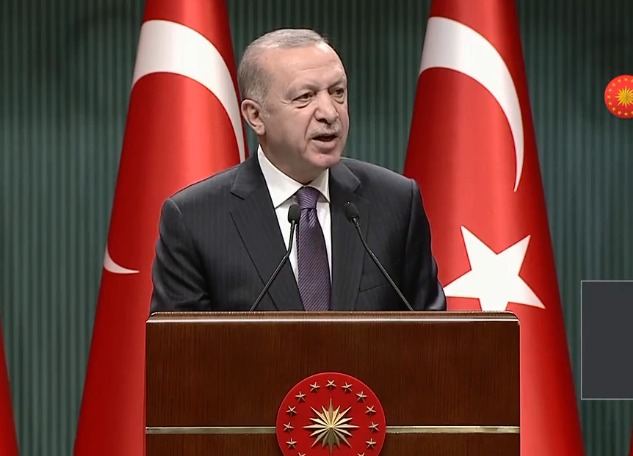 Recep Tayyip Erdogan: You cannot attribute “genocide” to Turkic people, all evidence is in Karabakh

You cannot attribute “genocide” to the Turkic people, all the evidence is in Karabakh, said Turkish President Recep Tayyip Erdogan during an address to the people after the Cabinet meeting, according to Azerbaijan in Focus, reporting Trend News.

He was commenting on the statement of US President Joe Biden on the so-called “Armenian genocide” that was made on April 26.

“Everyone knows what the Armenian army did in previously occupied Azerbaijani lands. The Minsk Group was formed, and who was represented in this group? The US, Russia and France. These countries could not liberate Karabakh from occupation for 30 years, and, unfortunately, more than one million of our Azerbaijani brothers were forced to leave their homeland. Karabakh was burnt and destroyed. When you talk about genocide, look in the mirror. All evidence is in Karabakh. With all this, you cannot attribute “genocide” to the Turks, the Turkic people,” he said.