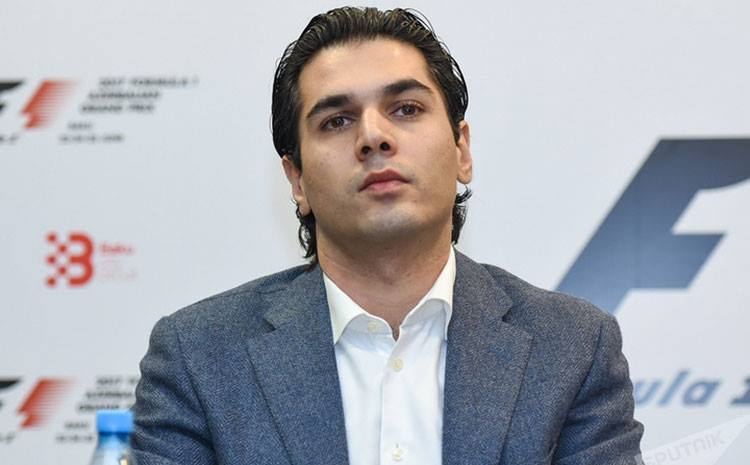 “Exciting events happened at the races of F1 Azerbaijan Grand Prix, as always. Withdrawal of ‘Ferrari’, one of the favorites of the season, and the failure of such teams as Aston Martin, Haas, and Alfa Romeo to score points, affected the position of race drivers,” Rahimov said.

“I think this race proved once again that the ‘Red Bull’ team as a whole is the leader on this track. Verstappen, who was unlucky at the races in 2021 Azerbaijan Grand Prix, finally won this year. Last year’s winner Sergio Perez took the podium in Baku for the fourth time.” He noted.

“We believe that the tradition of ‘Baku syndrome’ continues, and this year the victory of another pilot allowed the uniqueness of the Baku track to be preserved in Formula 1 calendar,” Rahimov added.

Regarding one of the points discussed in connection with the problem of Lewis Hamilton’s car, Rahimov said that no comments had been received on this matter from either Formula One Management or the Federation Internationale de l’Automobile (FIA). All race tracks are considered ready to race only after passing the technical inspection of FIA.

“In this case, we are talking about a technical malfunction of cars of some teams. The car is ‘dolphinized’ [bouncing of F1 race car] due to the replacement of the entire car and chassis. Some teams, like Mercedes AMG Petronas F1 Team, are still having trouble getting their cars in optimal condition to get rid of this effect,” he also noted.

“This was evident in previous Formula One races, but it was especially noticeable at Baku races because the fastest straight line of the season is on the Baku track. Baku City Circuit is one of the fastest city tracks, and the above-mentioned question is a purely technical problem related directly to the car’s aerodynamics, not the track,” Rahimov said.

“We are very pleased with the ticket sales this year. We were worried that fewer people would come to races because there were no big concerts held within the Grand Prix. However, the number of spectators shows that interest in motorsport already formed in our country,” Rahimov also addressed the issue of ticket sales.

“People are already buying tickets to watch the race itself, and there is no need to involve them by organizing concerts. It is also worth noting that a record number of foreign fans visited Baku this year. More than 10,000 tourists visited Baku in connection with the F1 Azerbaijan Grand Prix 2022. They were both fans and the teams themselves, also the working staff,” he said.

Speaking about the extension of the contract for the Azerbaijan Grand Prix, Baku City Circuit Executive Director said that negotiations have begun with Formula 1 Management, and it is too early to talk about any decision.

“I can say that both sides are interested in this, and if we find the right balance in the future, the contract to hold races in Baku will probably be extended,” Rahimov concluded.