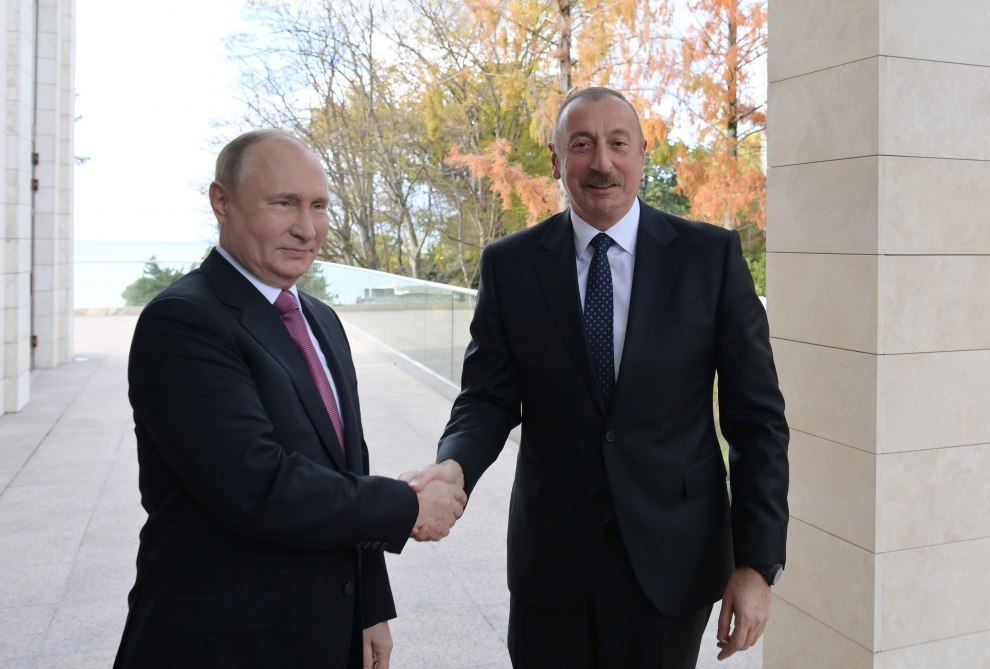 Relations between Baku, Moscow experience the highest development stage in the history of Azerbaijan’s independence

Strategic partnership relations between Baku and Moscow, built on a mutually beneficial basis, today are experiencing the highest stage of their development in the history of Azerbaijan’s independence, noted Azerbaijani Milli Mejlis (parliament) deputy Azer Badamov, according to Azerbaijan in Focus, reporting Trend News.

According to Badamov, the intergovernmental commission, correctly assessing the potential of economic cooperation between the two countries, deepens interaction in this direction. He also noted that Russia is the main trade partner of Azerbaijan.

“The trade turnover between the two countries is growing rapidly, and trade relations are aimed at achieving the set goals. Humanitarian cooperation is also expanding every day. Today, more than 340 schools in Azerbaijan teach in Russian. Branches of the leading universities of Russia operate in Baku, which train specialists valuable for our country. Trading houses of Azerbaijan are opening in Russia and work is underway to promote non-oil products. An agreement was reached to open a branch of the KamAZ plant in the liberated territories of Azerbaijan,” Badamov said.

Badamov added that more than 500 Russian enterprises operate in Azerbaijan.

“The visits to Azerbaijan by the Russian President’s Special Representative, Deputy Prime Minister, President of the Russian Academy of Sciences over the past week and a business mission organized in Baku with the participation of more than 30 companies testify to the deepening of relations. We strive to strengthen relations with neighboring countries,” he noted.

Also, Political Analyst, a Ph.D. candidate in Political Science Shabnam Hasanova noted that Russian-Azerbaijani relations are developing within the framework of active dialogue.

“The working visit of President Ilham Aliyev to Sochi is important from the point of view of the interaction between the two countries and discussion of regional problems. Relations between Azerbaijan and Russia are rapidly developing in political, economic, humanitarian, educational, and other spheres and are of the nature of mutually beneficial cooperation. The dynamics of mutual visits by officials of the two countries is one of the significant factors,” Hasanova said.

Hasanova also stressed that Russia is one of the main trade and economic partners of Azerbaijan. Direct Russian investments in the amount of $4.5 billion in the Azerbaijani economy testify to the level of Russia’s interest in developing cooperation with our country.

“From this point of view, serious steps are being taken in the political and economic spheres. Despite the restrictions due to the COVID-19 pandemic, in the first nine months of this year, trade between the two countries increased by 11 percent. Some 900 Russian enterprises operate in Azerbaijan. These factors are an indicator of the interest of the two countries in the development of relations in all spheres,” the political scientist noted.

In addition, Hasanova said that at the moment seven roadmaps are being implemented between Azerbaijan and Russia, covering the economic and humanitarian spheres.

“There are more than 300 schools with teaching in Russian in Azerbaijan. Some 34 percent of schoolchildren in Azerbaijan study in Russian. Also, about 15,000 Azerbaijani students receive education in Russia,” she said.

The political scientist added that the highlight of the visit to Sochi can be considered the fact that Vladimir Putin sincerely greeted President Ilham Aliyev, and this testifies to the high level of personal relations between the heads of the two countries.

“Over the past year, Azerbaijan has demonstrated the most constructive position on the issue of eliminating the negative consequences of the second Karabakh war, opening transport communications. At the moment, historical conditions have been formed for a normal life in the region. After the signing of the statement of November 10, 2020, there were no serious incidents in the zone of responsibility of the Russian peacekeepers, except for minor ones,” Hasanova emphasized.