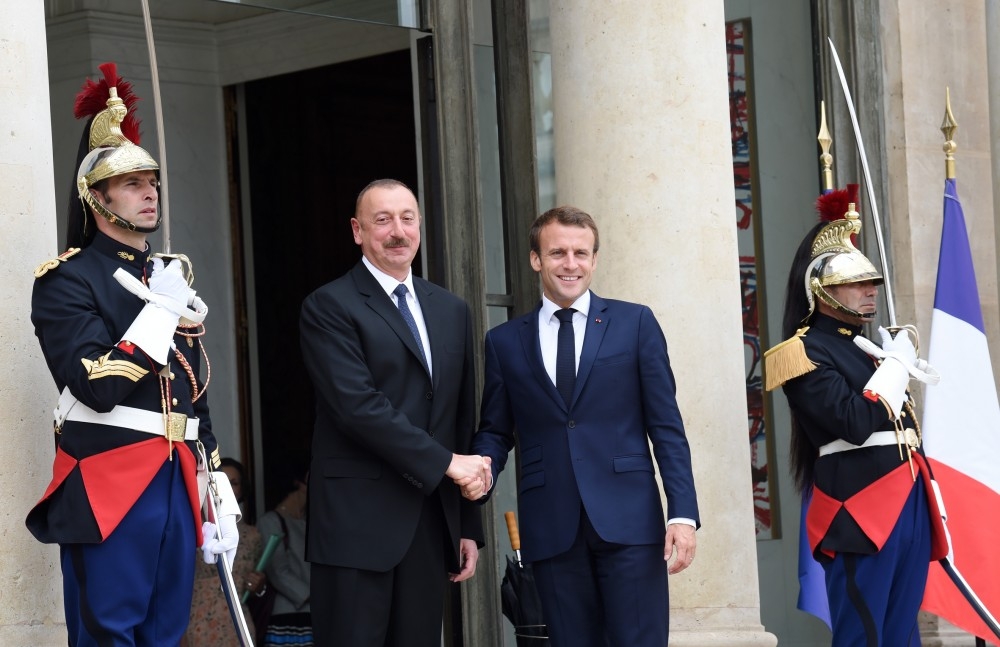 The French President informed that he will meet with Armenian Prime Minister Nikol Pashinyan on the sidelines of the 18th Summit of the Organization of Francophonie to be held on 19 November, and reiterated France’s intention to contribute to the process of normalization of relations between Armenia and Azerbaijan.

During the phone conversation, the heads of state exchanged views on the results of the Prague meeting held in a quadrilateral format with the participation of Azerbaijan, Armenia, the European Union and France, as well as the issues arising therefrom.

President Ilham Aliyev noted the importance of demonstrating a neutral, impartial and balanced approach in the process of normalizing relations between Armenia and Azerbaijan. The head of state pointed out that the statements made by Armenia in recent days contradict the normalization of relations between the two countries and the peace agenda.