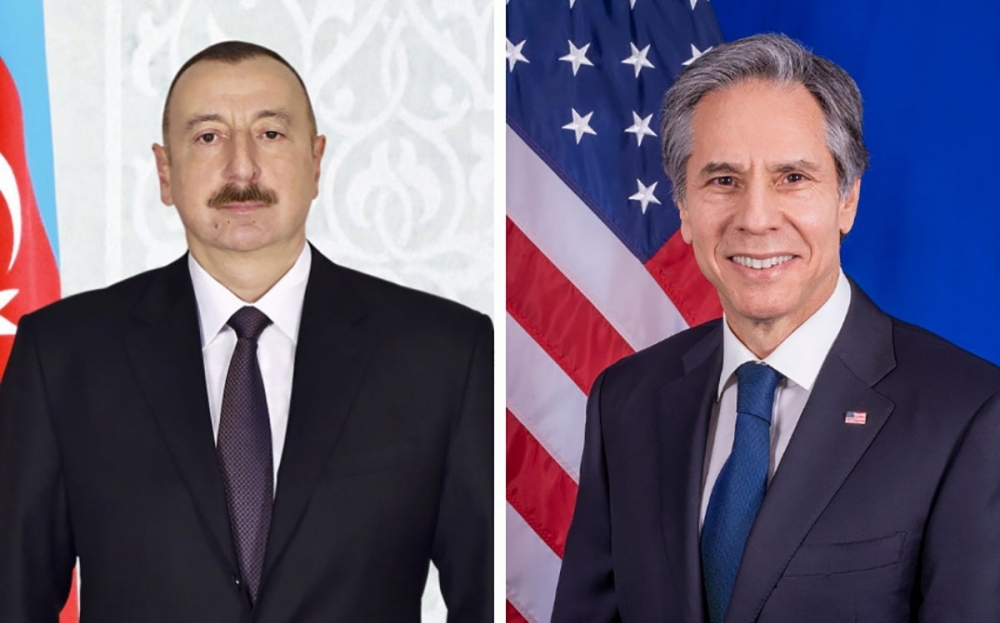 On November 16, U.S. Secretary of State Antony Blinken made a phone call to the President of the Republic of Azerbaijan Ilham Aliyev, according to Azerbaijan in Focus, reporting AzerTac.

The US Secretary of State reiterated that another round of negotiations of the foreign ministers of Azerbaijan and Armenia over the peace treaty between the two countries was held in Washington on 7 November this year and reaffirmed the determination of the United States to contribute to the process of normalization of relations between Azerbaijan and Armenia.

President Ilham Aliyev said State Secretary Antony Blinken’s continuous attention to the process of normalization of relations between Azerbaijan and Armenia and the efforts the United States was making in this direction were highly appreciated. However, the head of state also noted that despite the efforts and negotiations in this direction, the contradictory statements by Armenian leaders in recent days have had a negative impact on the normalization of relations between the two countries and the advancement of the peace agenda.

Antony Blinken noted that there was a historic opportunity for the normalization of relations between Armenia and Azerbaijan and the signing of a peace treaty, adding that the United States would continue its efforts in this direction.

During the telephone conversation, the sides exchanged views regarding the next meeting on the peace treaty between Armenia and Azerbaijan and confidence-building measures.