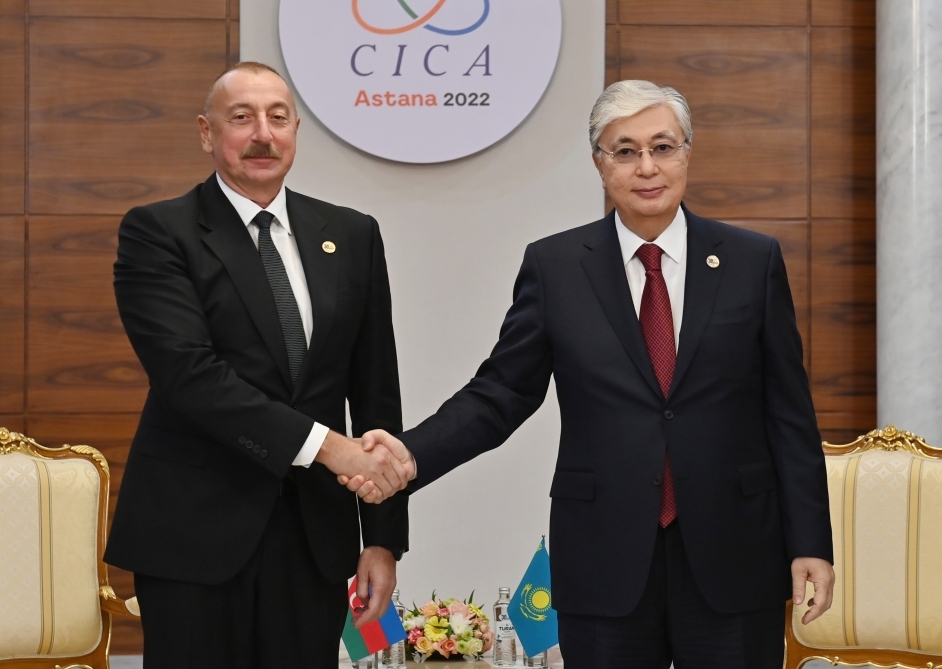 The head of state congratulated Kassym-Jomart Tokayev on his convincing victory in the presidential election and wished him new success and the best of health in his presidential activities for the development and prosperity of Kazakhstan, including in the implementation of the ongoing reforms.

During the phone conversation, the sides recalled with pleasure the meetings held between the heads of state during the Kazakh President’s recent official visit to Azerbaijan, as well as in Astana in October, and noted that the agreements reached during those meetings were successfully implemented.

Kassym-Jomart Tokayev invited the Azerbaijani President to pay an official visit to Kazakhstan.

During the phone conversation, the heads of state expressed their confidence that the friendly and fraternal relations between the two countries would continue to develop successfully and exchanged views on issues of mutual interest.