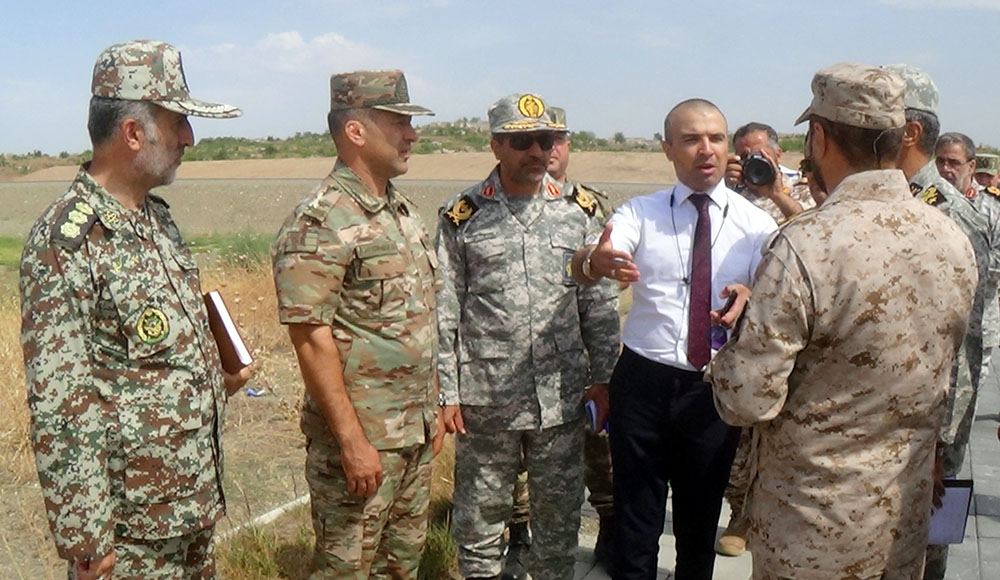 Representatives of the Armed Forces of the Islamic Republic of Iran, who are on a visit to Azerbaijan, visited Fuzuli and Khojavand regions, according to Azerbaijan in Focus, reporting Trend News, citing the press service of the Defense Ministry.

The guests were given detailed information about the consequences of vandalism committed by the Armenian armed forces during the occupation of the Azerbaijani territories, as well as about the reconstruction works carried out under the leadership of the President of the Republic of Azerbaijan Ilham Aliyev.

Then the delegation laid flowers in front of the memorial complex erected in memory of the Shehids (Martyrs) and their memory was honored.

Representatives of the Armed Forces of the Islamic Republic of Iran visited the commando military unit, and got acquainted with the social and living conditions created for military personnel.

The guests were provided with an extensive briefing about the battles of April 2016 and the combat path of the Army Corps in the Patriotic War.

In the end, the sides exchanged gifts and a photo was taken.

As part of the visit, the representatives of the Armed Forces of the Islamic Republic of Iran got acquainted with the conditions created at the Fuzuli International Airport.