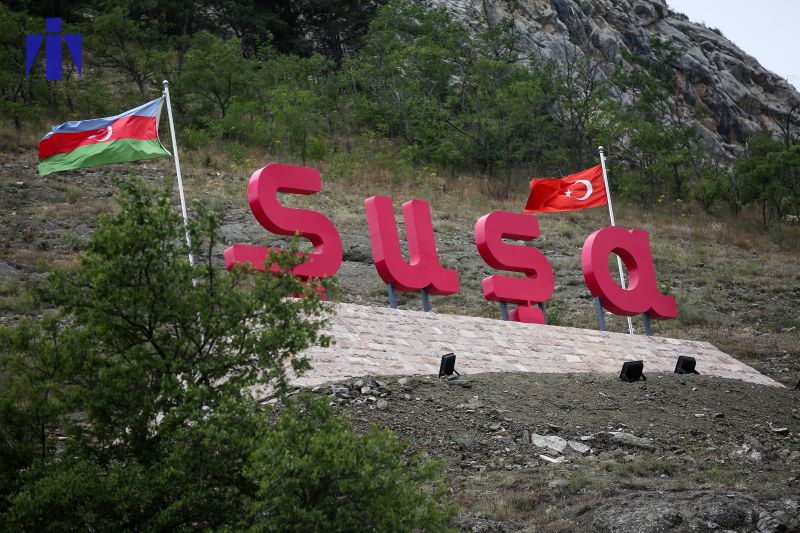 So it happened. 30 years later I have the opportunity to visit the holy site for us.

The time after May 1992 can be divided into several periods. At the first stage, we counted weeks believing that we would return in a day or two. Then I was sure that by the anniversary. Then came the understanding that it would not be so soon. As time passed, faint hope flickered in me although it never died.

“This will not happen under this government, the next generation will solve the problem” – this idea has been ingrained in the minds of people over the last 10-15 years.

The excitement we experienced on November 8-9 last year has gone away and a sense of confidence and irreversibility returned. How are things going today? To see and touch again is the strongest desire that has been haunting me since November.

The long journey to Shusha begins from the village of Goradiz through the scorched Fizuli which it sticks in the craw to call it a region. This is a deserted area with endless series of destructions. Although after Agdam it seems to be not so scary.

The situation changes after entering the territory of Hadrut. Intact buildings of the regional center and deserted villages make no depressing impression.

The road under construction – Zafar Yolu is an impactful film with large-scale works although it is still far from completion.

Excitement and admiration begin after the village of Sykhnakh as soon as a high wall of rock-fortress appears at the turn stretching almost to the entire horizon. 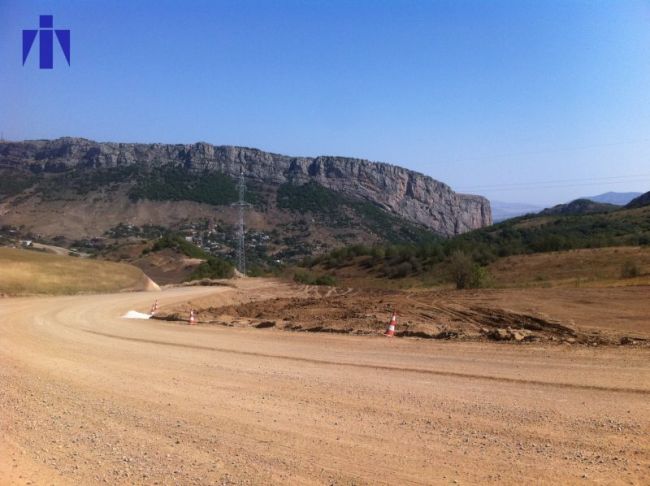 As we approach Dashalty, joy is mixed with an impression that 75 of our soldiers were killed here in January 1992 during an unsuccessful operation following which a series of our losses in Karabakh began which finalized in the fall of Shusha and Lachin.

But it was in Dashalty earlier November 2020 that the brilliant operation resulted in the liberation of Shusha.

The most exciting moment is the turn from Dashalty when a bright red inscription – ŞUŞA appears on the slope.

To say exultation means to say nothing. The photo speaks for itself. 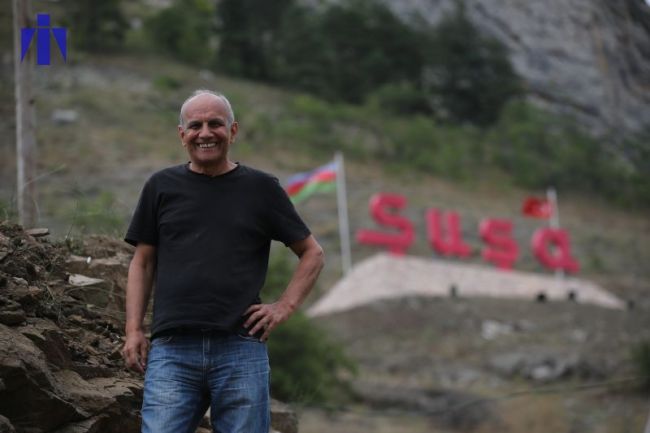 After Agdam and Fizuli, the city gives the impression of being alive; however, walking through the streets of Shusha you see the degree of destruction and huge damage to its historical architecture.

The old Soviet five-storey buildings were partially demolished though some buildings of public and state institutions were restored. But there is still a lot of work to be done.

The most depressing impression arose from historical quarters of the city. Preservation of the Natavan house; the Khan’s Palace, the mansions of Hadjigulular and Haji Mammad; the house of Uzeyir Hajibeyov, Mehmandarov and many others is deplorable, and it is impossible to look at them without pain. 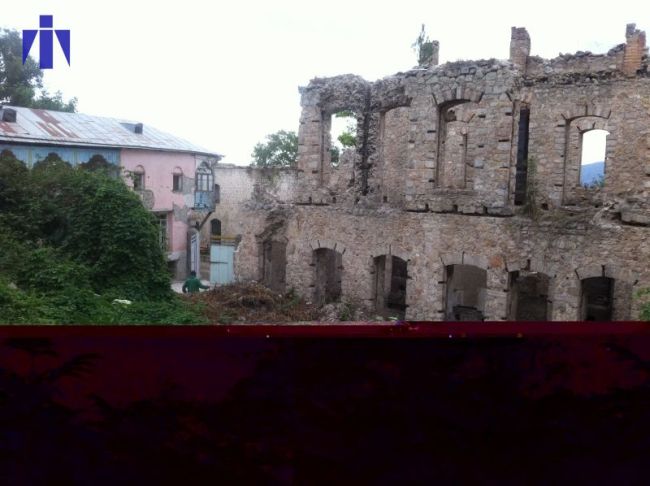 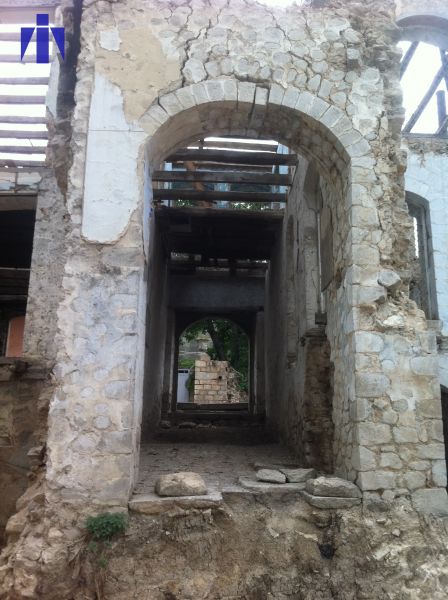 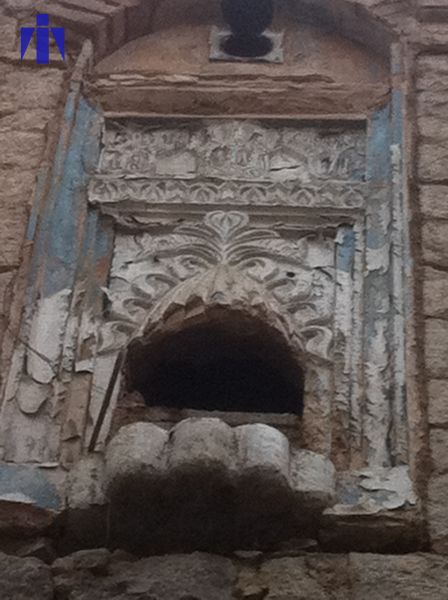 Some of the houses in the historical part of the city were inhabited by Armenians but converted or used as building materials for other buildings.

It is a strange feeling when you enter these houses, once owned by Azerbaijanis, then inhabited by Armenians, and now waiting for the return of their rightful owners.

There are broken dishes on the floor, broken furniture in the rooms, broken windows. Note that one of the apartments of the five-storey building is noted for fresh repairs, a Spanish wallpaper, a Japanese refrigerator and expensive furniture, even heating radiators not yet been installed…

A private house near the Govhar Agha Mosque. There are a lot of books in Armenian, Russian and even Azerbaijani in the basement. Judging by the literature, a teacher of the Russian language lived here. Among the books there were Azerbaijani proverbs and sayings and even “The History of Karabakh”.. 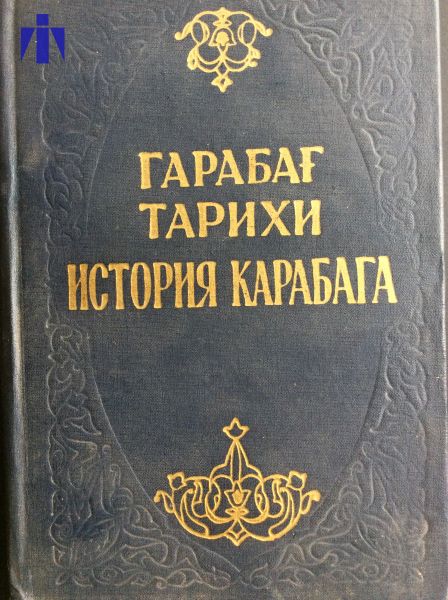 It is impossible to listen to the Friday Azan in the main mosque of Shusha without trepidation. It is perceived as the voice, the breath of the city, the evidence of its spiritual rebirth. It is difficult to convey this feeling, you just need to listen.

The most poetic and famous place of the city which is associated with many stories, beliefs and events.

The Bek family of my grandmother often arranged picnics on Jydyr Duz together with relatives. After returning from the next gatherings, my grandmother’s mother was horrified to find that a huge diamond had disappeared from the ring on her hand (according to my grandmother, the stone was which resembled fairy tales. It was a description of the celebration of Novruz in the size of a pea). Note that searches in the yard, on the street, around the house and on Jydyr Duz amounted to nothing.

Upset family members reconciled with the loss when the grandmother’s uncle – the same hunter – came to the house. When he learned what had happened, he waited for the evening to come, and getting on his horse, rode away.

He returned closer to midnight, without saying anything, sat down at the table. His silence finally killed those around him. After drinking a glass of tea, he took a diamond out of his pocket and put it on the table.

– It’s a full moon, and the diamond glimmers even in the light of the moon. Having bypassed Jydyr duzyu now, I could have easily noticed its brilliance. That’s what it means to be a hunter…

But my most important childhood memory is not connected with this case. In the last story – “The story of a photo”.

I shared a photo taken many years ago on Jydyr Duzyu.

When visiting it again, most of all I wanted to find this place. The photo seemed to be something like a passport, a certificate of residence.

Walking among the rocks on the very edge of the famous glade, we found those very rocks. A dark spot in the form of a trapezoid on the top of the rock has not changed at all, just a juniper bush on the right has become three times larger.

It is difficult to describe feelings that you experience when you sit down on the very stone on which many years ago I used to sit on my grandmother’s lap.

Previously, there was a desire to restore the time lapse, and now there is a feeling of returning from oblivion.

The majestic view of the Dashalty Canyon only reinforced this feeling.

When you get to Shusha, you realize the importance of the road that leads there. It is difficult to describe the heroism of our soldiers who overcame this path on foot with weapons through heavy battles.

It is no exaggeration to say that the future of the city will directly depend on the new road. Hence its importance. According to the technical parameters, the road is set to ensure the safety and further development of Shusha.

Standing at the entrance to the city, you involuntarily catch anxious and extinguished looks of the Armenians. They pass 10 meters away from us and all of them raise their heads to the flags of Azerbaijan and Turkey, and a bright red inscription “ŞUŞA”.

An hour passed at the post, several dozen cars passed by, and there was no smile on Armenians’ faces.

Returning back along the Victory Road, you read names of our soldiers and numbers of their military units on the walls of houses. These names seem to say:

“No link of times will ever be broken again!” 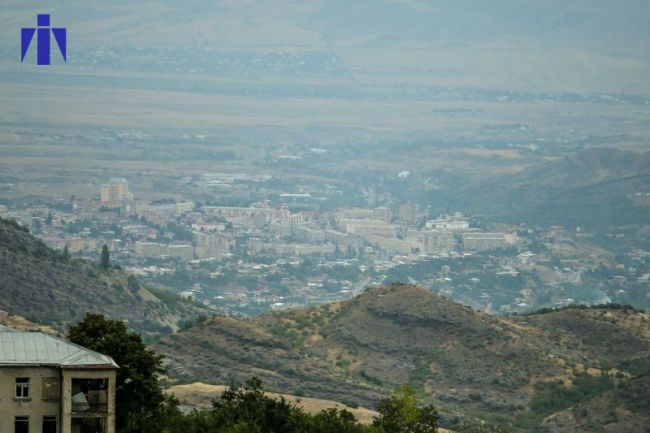 View to Khankendi from Shusha, on the background Khojaly town 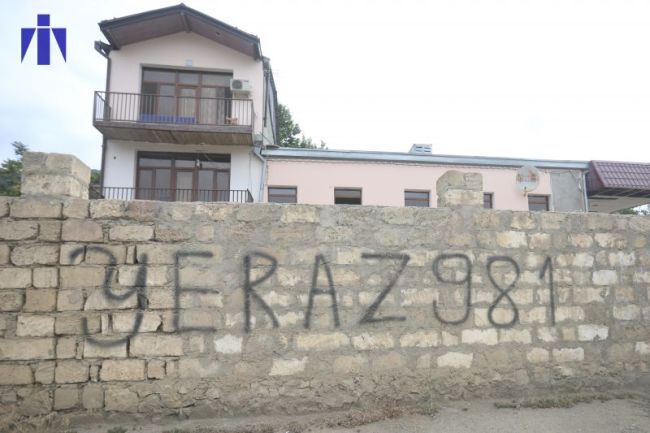 This article originally appeared in TURAN INFORMASIYA AGENTLIYI on 22 July 2021.