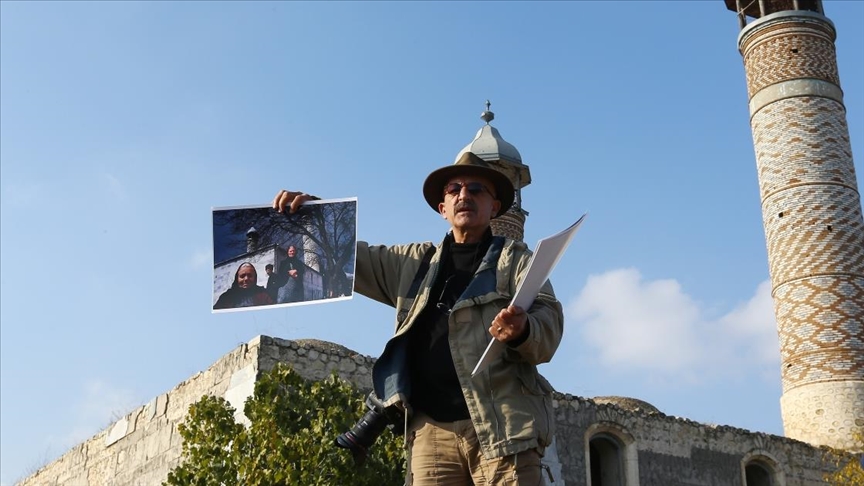 Reza Deghati: “One Hundred French Against Just Me in the Karabakh War”

The famous photographer Reza Deghati was invited by the French TV channel TV5MONDE. In the program, the photo master spoke about the history of the city of Shusha, stressing that it was founded by the Karabakh ruler Panahali Khan, according to Azerbaijan in Focus, reporting Haqqin.az

Reza Deghati informed the French television audience that Shusha has been the cultural center of Azerbaijan since ancient times. Famous composers, musicians, poets and writers lived and created here. The photographer supported his words with pictures and videos of the fortress walls surrounding the historic center of the city and other ancient monuments.

Of course, it was repeated several times throughout the program that Shusha was recently liberated by the Azerbaijani army from the 30-year-old Armenian occupation.

The famous photographer did not consider it necessary to circumvent the facts of the prejudiced attitude of the French media during the Second Karabakh War. Deghati stated that many French journalists, both during the liberation war of the Azerbaijani people and after it, for some unknown reason, sided with the Armenian invaders. At least one hundred French journalists visited Armenia and in every possible way distorted actual events in their publications.

Reza Deghati also spoke about how for three months Armenian cluster shells aimed at Azerbaijani cities located far from the combat zones and hit civilians. In particular, in the city of Barda, which was subjected to rocket fire from Armenia several times, dozens of women, old people and children were killed. The photographer showed pictures showing the funeral of a Barda resident who became a victim of the Armenian bombing. At the same time, the master recalled that cluster bombs are prohibited by the Geneva Conventions, but Armenia used this barbaric weapon against the civilian population of Azerbaijani cities and villages.

The photojournalist said that it was his duty to convey to the world the truth about Karabakh and the tragedy of civilians affected by the war and the brutality of the occupiers.

Reza Deghati spoke about multiculturalism, which has become the state policy of Azerbaijan, and as proof he showed a number of photographs and spoke about the respect for the historical heritage of different peoples and nationalities living in the country. He emphasized that different religious communities operate freely in Azerbaijan, in an atmosphere of mutual understanding, without entering into conflicts with each other, and the state provides them with assistance, and that Azerbaijan has been distinguished for its religious tolerance for centuries. According to Deghati, from the point of view of religious tolerance, Azerbaijan can serve as a model for the whole world.