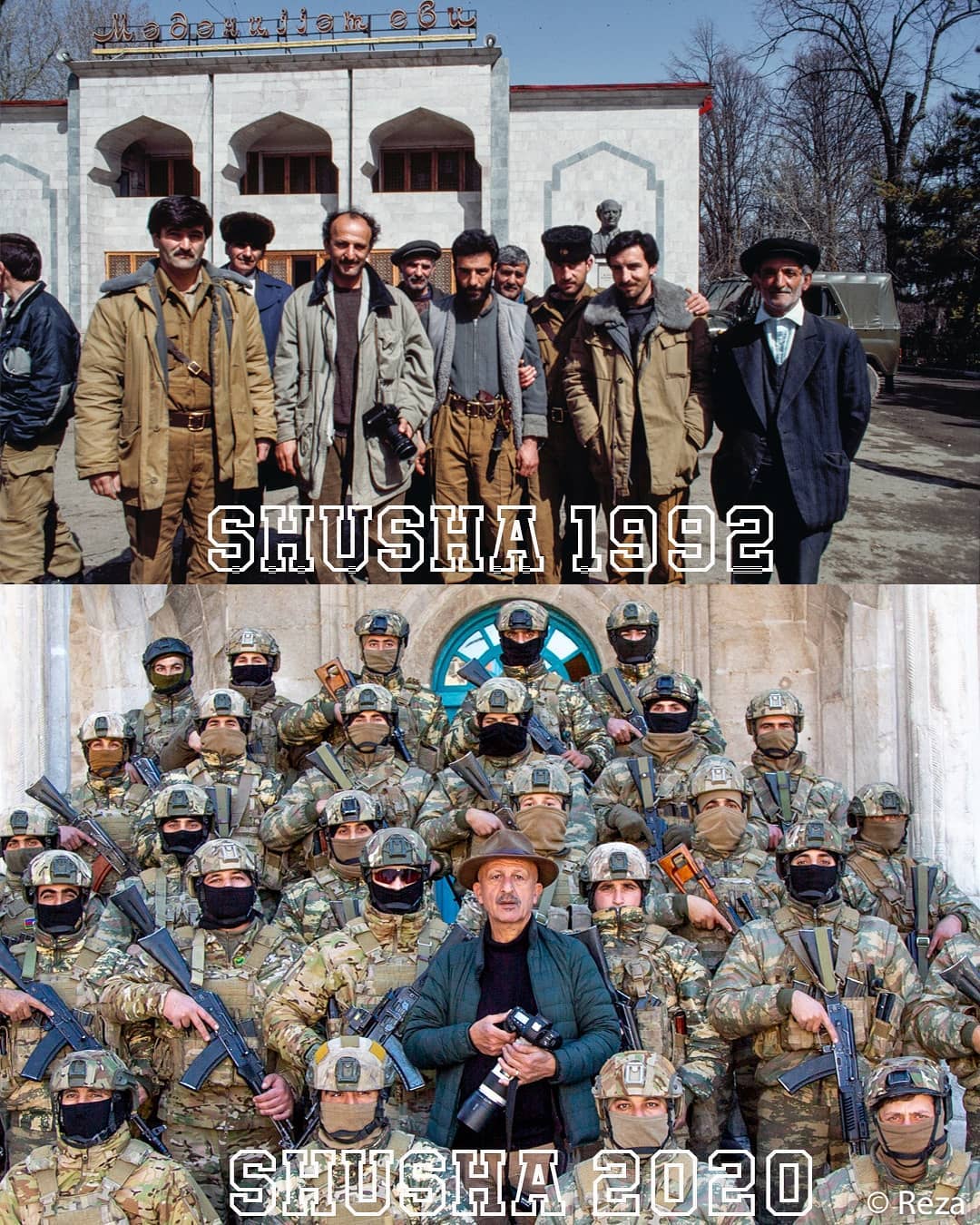 World-renowned National Geographic photojournalist, a French photographer of Azerbaijani origin, Reza Deghati, shared photos dedicated to Shusha on his Instagram account. He accompanied the post with the following caption:

In April 1992 the city was surrounded by armenian forces, I was the last photojournalist, I had to take a narrow mountain road to leave. Azerbaijan mainly has the volunteers and not much of a regular army at the time. On 8 th of May the city fell to the hand of armenian forces and many of the people were killed and the remaining population had to flee in a hurry. The armenian attacks in the entire karabakh created over one million refugees, 30,000 were killed and more were wounded. After 28 years, In 2020 I returned back during the second Karabakh war. The children of people who had to flee barefoot in the mountain, now they have returned in a different outfit and were grown up by sole desire, to go back to their parents home. The battle of Shusha will be taught in the future in all military academies.”