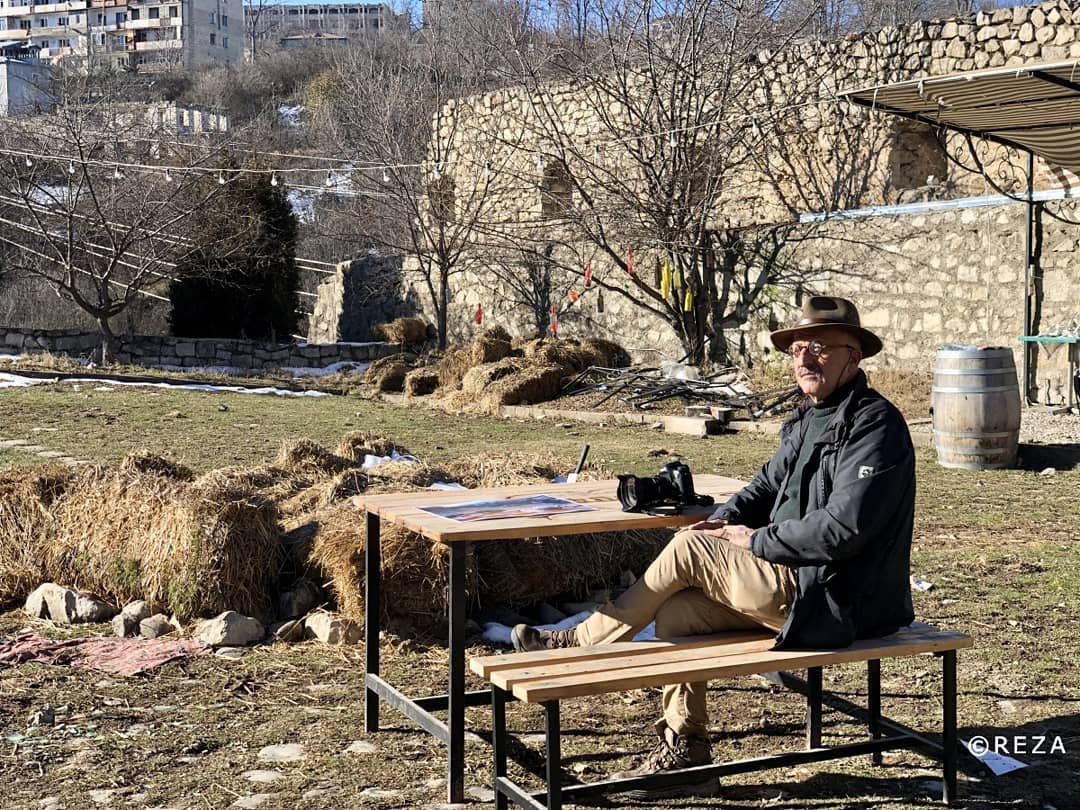 According to Azerbaijan in Focus, the photojournalist, shared photos from Shusha on his Instagram account, visiting the city for the first time since its liberation, reminiscing about the very last time he was there:

Azerbaijan, Karabakh, Shusha,1992
Shusha was the historical and cultural center of the Karabakh region and Azerbaijan’s last strategic foothold. In April 1992, all the roads to Shusha were controlled by armenian troops, to cross over the mountain walking to reach this important city for Azerbaijanis.
After being under siege for many months, on May 8, 1992, the Armenian military launched their operation to capture the city. They attacked from three sides, trapping Azerbaijani military units and civilians on their hilltop. For hours Armenian armed forces shelled the town, killing and wounding hundreds of men, women and children. After capturing the town, marauders and vandals burnt major cultural sites, museums, mosques, and schools. Most of the cultural sites in Shusha were looted or burned to the ground and all Azerbaijani inhabitants were forced to flee. The city of Shusha was the last major town in Azerbaijan to fall to Armenian troops.”

“FIRST TEA IN LIBERATED SHUSHA
When I left Shusha in April 1992, it was besieged by Armenian forces and I had to cross on foot the very difficult mountain pass under snipers’ fire. They missed me three times. Before leaving the city I wanted to have a last tea with two of the fighters who had been my helpers and guide .
One of them, Ramiz Qanbarov was a top commander. Later I found out that he was killed in the battle and gained the title of National Hero. The city fell to Armenian military on the 8th of May.
My desire always was to return to the city and have a new cup of tea.
Finally on December 28th, I returned to the city that was liberated after fierce battles on November the 8th.
I had my first tea at the top of the highest hill with soldiers overlooking the city of Khankendi.
After photographing the two Karabakh wars I hope that now will be a permanent peace . This is my wish on the first day of 2021 ❤️🌹”