Robert Hossein Was Very Proud of His Azerbaijani Roots

My acquaintance with this great man took place at the UNESCO headquarters in Paris on October 22, 2013.  It was an international event organized at the initiative of the Heydar Aliyev Foundation. The symposium was dedicated to the great Azerbaijani thinker of 15th century Seyid Yahya Bakuvi’s philosophy on strengthening tolerance and mutual respect in the world. The symposium was followed by the photo exhibition of the world-renowned photographer Reza Deghati “Azerbaijan – land of tolerance”. 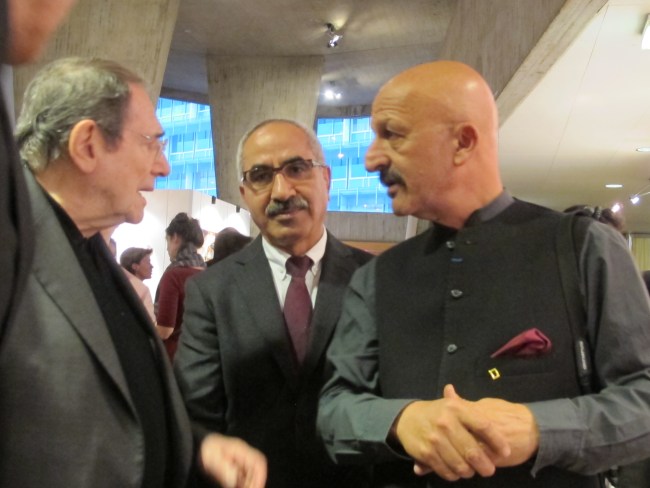 I was quite lucky enough to meet this great man there, – the French cinema legend Robert Hossein at Reza’s photo exhibition.

Hossein was delighted to find the photos displayed at the exhibition, demonstrating various ethnic groups with different religious and cultural beliefs, living as one family in Azerbaijan, – the multicultural values that he embodied throughout his life. 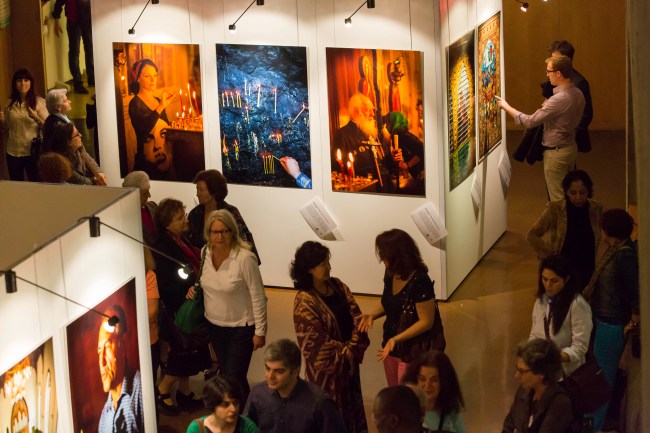 A legendary actor and director for both stage and screen, Robert Hossein gained fame by appearing in the hit French film “Rififi”.

Later, Robert Hossein co-starred with Jean-Paul Belmondo in “Le Professionnel”, a very popular action thriller. But for all there, he remains especially the scarred Joffrey de Peyrac in the series of historical romance “Angelique”, a very popular broken face, which brought Hossein huge popularity. 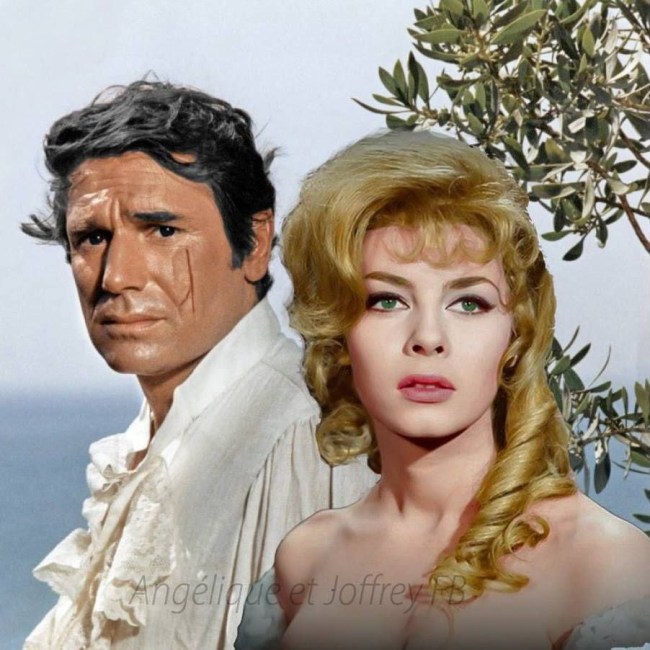 After working in a variety of movies, Hossein became best known for creating extravaganzas for the stage and threw his energy into huge productions aimed at attracting the general public into theatres.

He was the passionate and tireless organizer of several popular shows that attracted a good number of theatrical attendances with mega productions, such as, “Notre Dame de Paris”, “The Lyon Mail Affair”, “Jesus Was His Name”. Hossein’s production “Jesus Was His Name” set the Guinness Book of World Records for having attracted over 700.000 spectators.

Hossein’s giant historical spectacles have depicted characters ranging from Marie Antoinette – “My Name was Marie Antoinette” – to Charles de Gaulle – “The One Who Said No” – and Napoleon Bonaparte – “This was Bonaparte”.

In his shows, Hossein acts as an educational host: he becomes a storyteller, rewrites history by asking the public to interact. In “My name was Marie-Antoinette”, he comes on stage to ask the spectators to vote for or against the killing of the queen. In “Ben-Hur”, a gladiator asks the audience to encourage the contestants by waving scarves. In the premiere of “Crime and Punishment”, thousands of spectators applaud for forty minutes standing in front of weeping actors.

“He was the prince of theatre for the masses,” the former president of the Cannes film festival, Gilles Jacob, characterizes Hossein.

Robert Hossein visited Azerbaijan four times, to get to know the land of his ancestor as well as to attended international events, such as the 3rd Baku International Humanitarian Forum in 2013 and the 1st European Games held in 2015.

He was a true friend of Azerbaijan – the land of his ancestors, and very proud of his Azerbaijani roots.

In May 2014 Robert Hossein visited Baku together with President of France Francois Hollande. Addressing the audience at the dinner reception hosted by President of Azerbaijan Ilham Aliyev, Hossein said:

– “I am overjoyed and proud to note that I am a son of this country. If I may say so, I personify the great friendship between our two countries both of which are my motherlands. I was born in the beloved country of France. But, at the same time, I am a son of the country which I envy – Azerbaijan.

…The President of the French Republic will probably know that synagogues, mosques, and Orthodox churches coexist in this capital city of Baku side by side and have no problems”. 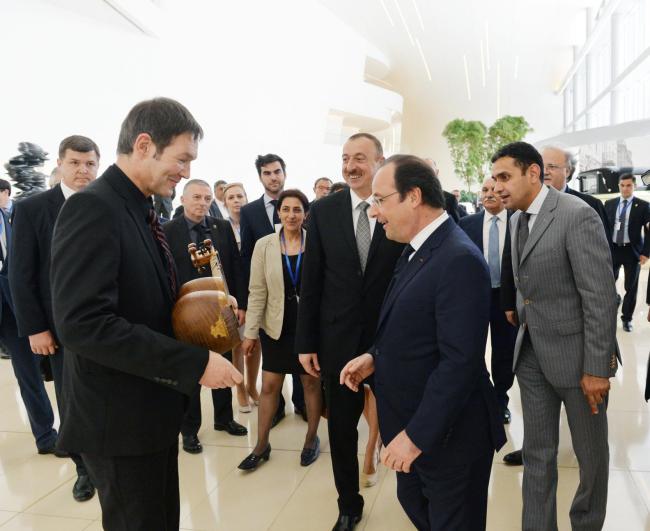 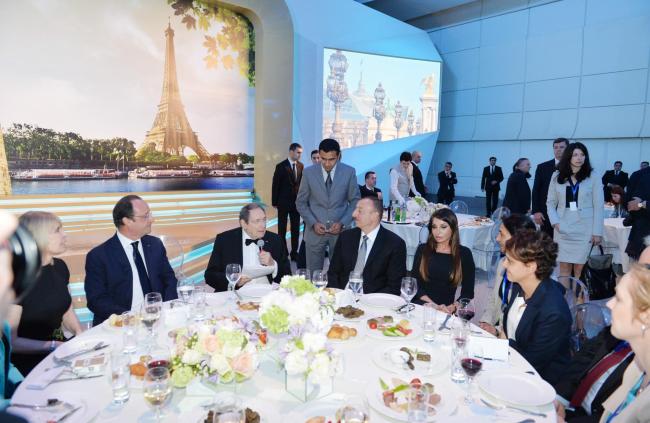 Robert Hossein underlined that his grandfather was born in Azerbaijan and his father in Samarkand.

In one of his interviews, Hossein said: “I thank President Aliyev and First Lady for inviting me to Azerbaijan! Because they helped me to know my ancestors“.

Robert Hossein passed away on December 31, 2020, a day after blowing out 93 candles on his birthday.

“We are considering the creation of a Robert Hossein foundation and a museum to perpetuate his memory”, – Hossein’s wife, actress Candice Patou, told AFP. 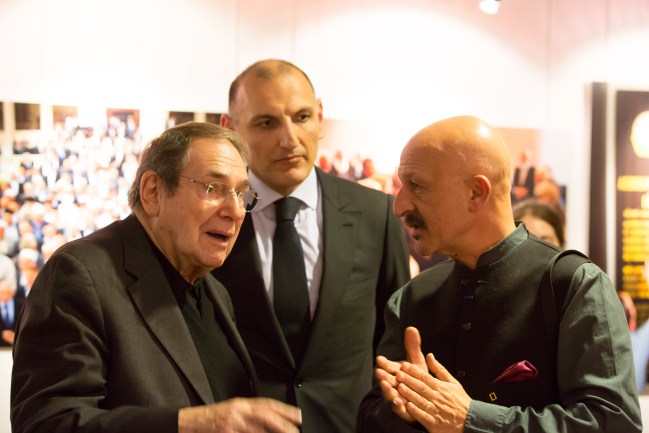 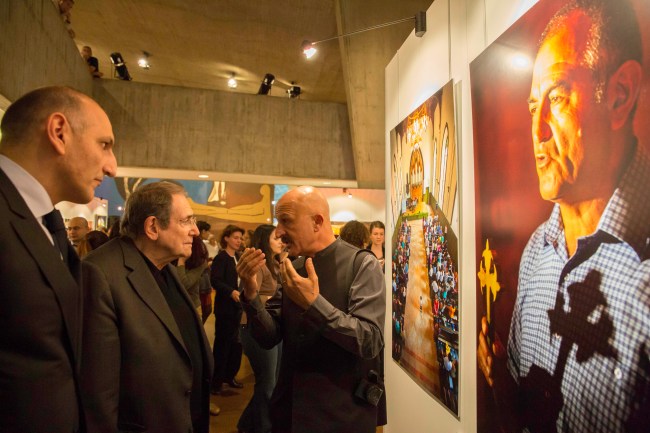 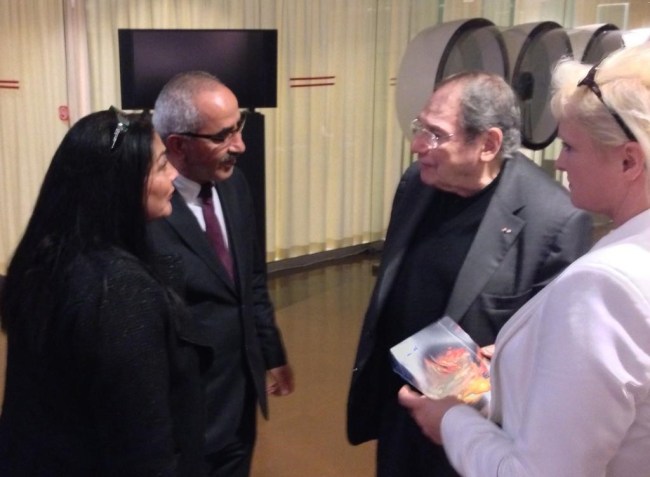