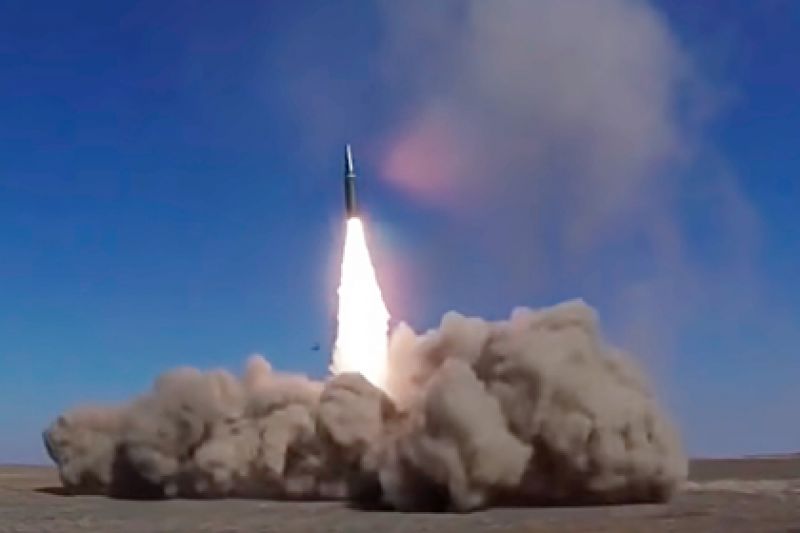 Ruslan Pukhov, Head of the Centre for Analysis of Strategies and Technologies (CAST), has sought to explain the Russian-made Iskander missile strike on a residential area during the Second Karabakh Conflict. The comment, reported by ‘Azerbaijan in Focus’ was published in the Sputnik Near Abroad Telegram channel.

According to the expert, the Iskander “was purchased largely as a deterrent weapon, but missiles are always subject to a circular error probable (CEP) deflection. It is obvious that they fired at a military airfield in the city of Ganja, but the rocket fell on residential areas.” Ganja is home to around half a million Azerbaijanis and is the second city in the country.

Pukhov noted that, during the conflict, the Osa mobile anti-aircraft missile system (SAM) “showed itself badly”, whereas the Tor air defence system proved effective. He commented that: “It only became clear during the war that Armenia’s armaments purchasing policy could have been structured differently.”

In November, the American media reported that, a few hours before the signing of the ceasefire agreement, Armenia used an Iskander missile against Azerbaijan for the first time. This was confirmed by Colonel-General Movses Hakobyan, Former Head of the General Staff of the Armenian Armed Forces, who did not comment on the target for the Iskander missiles.

In October, US-based Aviation Week, citing a statement from Ryan McCarthy, US Secretary of the Army, reported that the CEP of the Common Hypersonic Glide Body (CHGB) hypersonic gliding unit was around about 15cm during a test conducted in March by the US Navy and the Army.

In June 2019, the US-based periodical The National Interest reported that the accuracy of the R-30 Bulava-30 intercontinental ballistic missiles (ICBMs), intended for deployment on Russian submarines during Project 955 Borei, were insufficient for use during initial strikes.