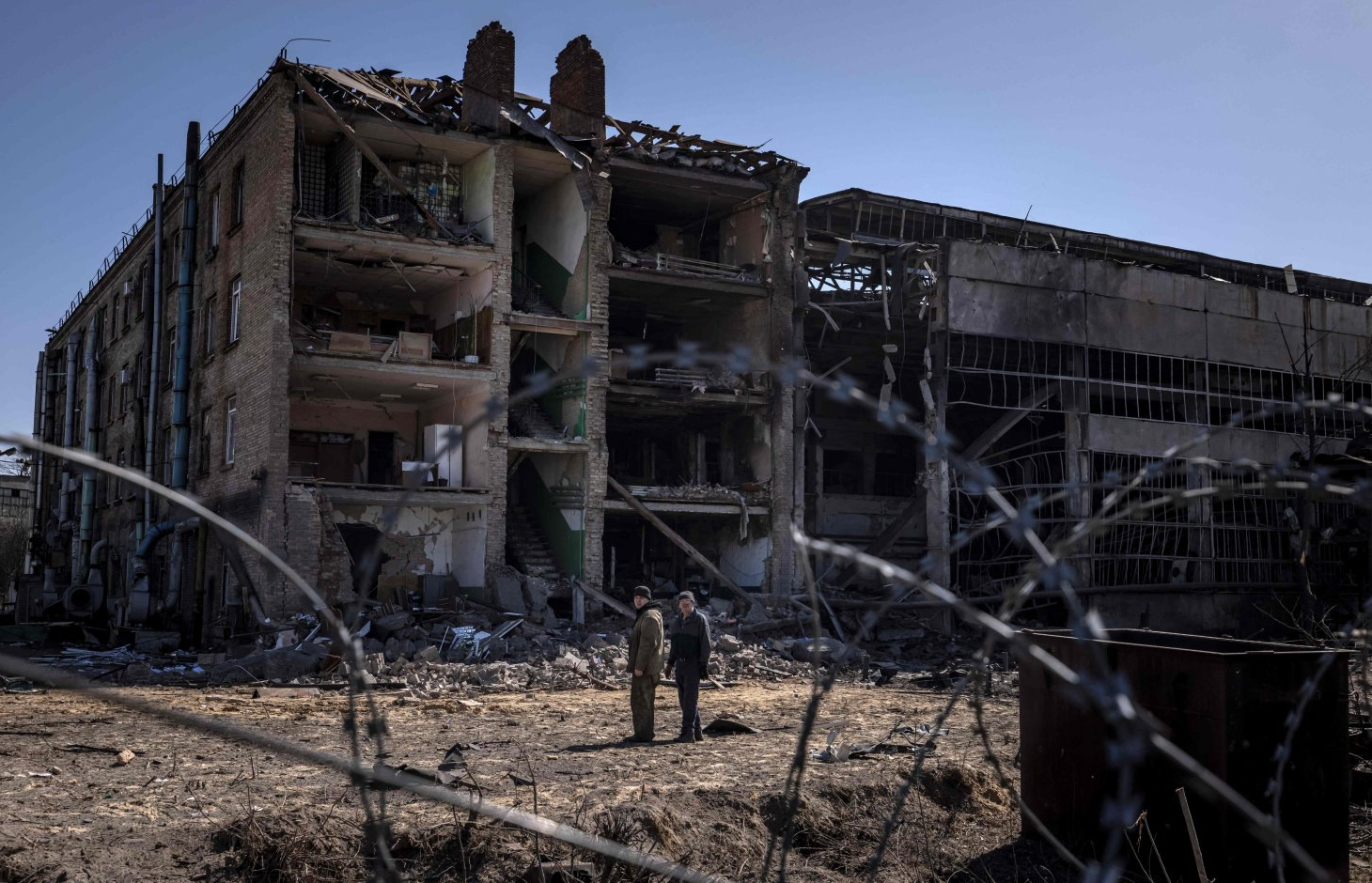 Russia targeted military production and repair sites in Ukraine on Saturday, including an armored vehicle plant in the capital Kyiv, according to Azerbaijan in Focus, reporting Daily Sabah, with reference to the Russian Defense Ministry.

“High-precision long-range air-launched weapons destroyed production buildings of an armaments plant in Kyiv,” the ministry said in a statement on Telegram.

Kyiv Mayor Vitaly Klitschko announced on social media there had been explosions in the city’s Darnyrsky district, urging residents to heed air raid sirens and warning those who have fled the capital not to return for now for their safety.

Thick smoke rising from the site on the eastern side of Kyiv could be seen from parts of downtown near the Dnipro River.

A military repair facility in the city of Mykolaiv was also targeted in strikes, the Interfax news agency quoted the ministry as saying.

Russia also downed one Ukrainian SU-25 aircraft near the city of Izium in Kharkiv Oblast of eastern Ukraine, Interfax added.

The governor of the Lviv region in western Ukraine also reported airstrikes in the region on Saturday morning.

Maksym Kozytskyy said on the Telegram messaging app that Russian Su-35 aircraft took off from the Baranovichi airfield in Belarus and carried out missile strikes in Lviv.

Moscow pledged to increase airstrikes earlier on Friday after the sinking of its Black Sea fleet flagship, the Moskva missile cruiser. Ukrainian officials claimed that the ship sank after it was hit by missile strikes, whereas Russian authorities claimed that a fire that broke out in the cruiser ignited munitions and damaged the hull, leading to its sinking.

The United States believes the Moskva was hit by two Ukrainian missiles and that there were Russian casualties, although numbers were unclear, a senior U.S. official said.

Russia said Friday it had used cruise missiles to the Vizar factory on the edge of Kyiv, which it said made and repaired missiles, including anti-ship missiles.