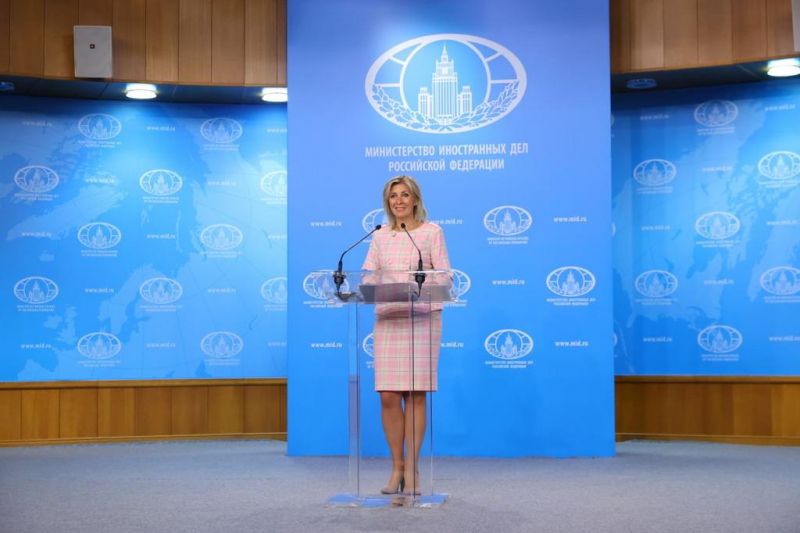 Incidents on the Armenian-Azerbaijani border are associated with the lack of its international legal registration and the lack of mutual trust of the parties. According to Azerbaijan in Focus, reporting Turan News, this was stated on June 17 by the official representative of the Russian Foreign Ministry Maria Zakharova at a briefing in Moscow.

“As a sustainable and long-term solution to the problem, we see the earliest start of work on the delimitation of the border between the two countries with its subsequent demarcation. We confirm our readiness to provide the most active assistance to this process,” she said.
Zakharova rejected the statement of an Armenian journalist that the visit by the presidents of Azerbaijan and Turkey to the city of Shusha was “a provocation against the establishment of fragile stability in the region.”

“We do not consider it correct to confuse the topics concerning Nagorno-Karabakh proper with bilateral relations of Azerbaijan (or Armenia) with third countries. It is in this vein that we view the latest Azerbaijani-Turkish contacts at the highest level.
We proceed from the premise that bilateral ties in the region, including along the military line, should not be built against other states. We strongly support steps aimed at normalizing the dialogue between Baku and Yerevan, between Yerevan and Ankara. Interaction in the South Caucasus should develop on the basis of the principles of good neighborliness, taking into account and balancing the interests of all countries in the region, ”she said.

Zakharova did not support another statement by the Armenian journalist that Azerbaijan initiated “fake court cases” against Armenian prisoners.

“The topic of prisoners of war and other detainees remains relevant, including in the context of the implementation of the provisions of the statement of the leaders of Russia, Azerbaijan and Armenia dated November 9, 2020. We welcome the transfer of 15 Armenian citizens by the Azerbaijani side to Yerevan on June 12. We stand for the final completion of the exchange according to the formula “all for all” without any preconditions. At the same time, we believe it is important to solve other humanitarian problems, in particular, those related to demining and the provision of maps of minefields. I think you are aware of our efforts in this direction,” she said.

Zakharova also rejected allegations that Erdogan’s statement to open a Turkish consulate in Shusha was a provocation and contradicted the Russian peacekeeping mission.

“I think it is wrong to mix up two topics related either directly to Nagorno-Karabakh or to Azerbaijan’s bilateral relations with third countries.
In this vein, we also consider the latest Azerbaijani-Turkish contacts at the highest level. We consider it very important that bilateral ties in the region, including those along the military line, should not be built against other states. We support steps aimed at normalizing dialogue between the countries of the region,” she said.