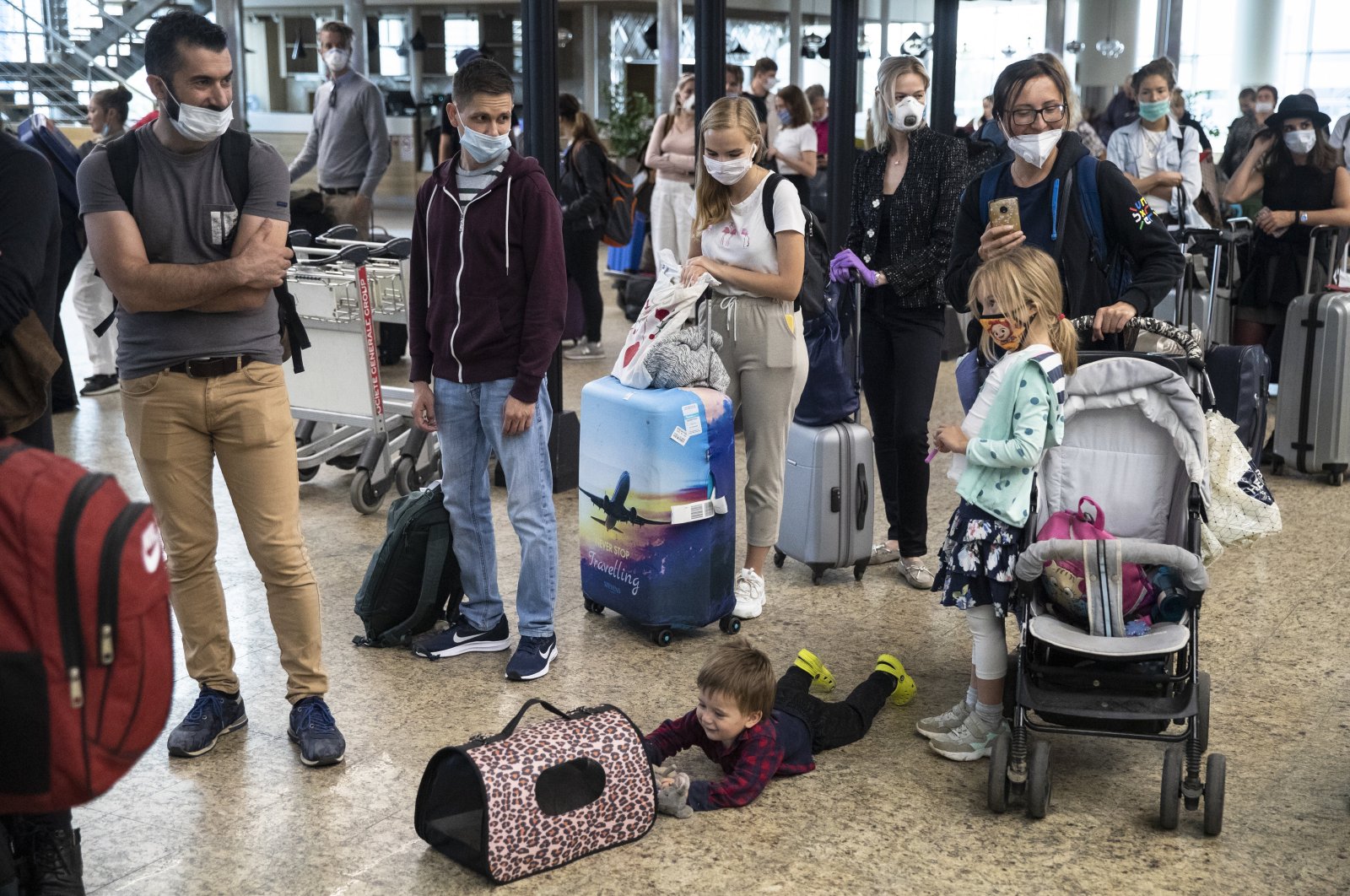 A child plays with a pet as people wait in line to check-in at Sheremetyevo International Airport, outside Moscow, Russia, Aug. 1, 2020. (AP File Photo)

Russia will resume flights to Turkey, a popular tourist destination, starting from June 22, thanks to a series of preventative COVID-19 measures in the country, Russian Deputy Prime Minister Tatiana Golikova said Friday.

She also said Russia has decided to resume flights to some other countries, including the United States and Belgium.

Moscow had in April suspended most air travel with Turkey until June 1, a ban it later extended through June 21. Its coronavirus task force cited surging daily cases in Turkey behind the suspension.

Yet, daily COVID-19 cases in the country have dropped significantly since then to below 6,000 – down from a record high of above 60,000 in April. Turkey has also added great momentum to its inoculation drive in recent days.

On the other hand, Russia is grappling with rising confirmed cases. Infections in Moscow hit a daily record Friday, up nearly 30% from the day before. The numbers forced the capital to close its Euro 2020 fan zone and extend other curbs.

The Russian delegation arrived Thursday in the Mediterranean resort city of Antalya – one of the leading destinations for Russian vacationers in Turkey – and toured airports and accommodation facilities.

This article originally appeared in DAILY SABAH on 18 June 2021.