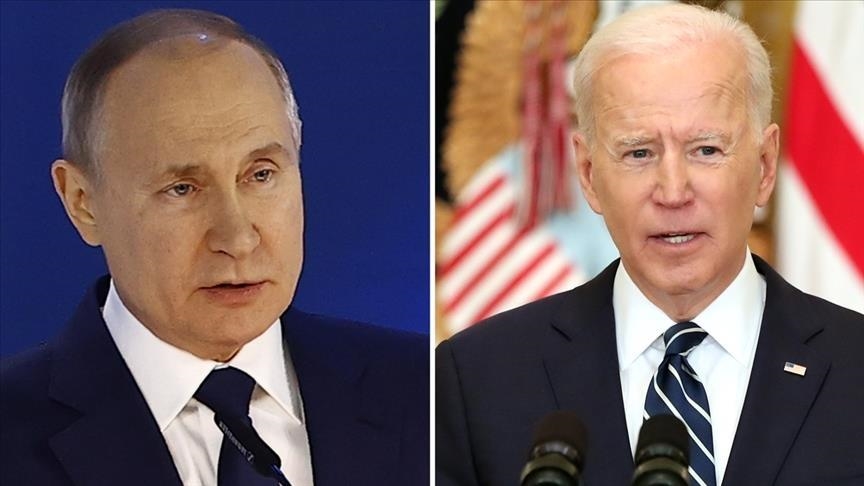 Andrey Kortunov lists issues where Russia, US can work together, also those that can only lead to 'pointless discussion'

If Russian and US presidents manage to agree on issues of arms control, strategic stability, some points of regional conflicts, and stop “the war of embassies,” the meeting can be considered successful, a Russian expert said.

In an interview with Anadolu Agency, Andrey Kortunov, the head of the Russian International Affairs Council, a Moscow-based academic and diplomatic think tank established upon a presidential decree, said the outcome of the upcoming meeting between Vladimir Putin and Joe Biden depends on how the two presidents will be able to grapple with the difficulties of the controversial questions.

According to Kortunov, the fact of the meeting is positive itself, because communications of the heads of states historically outline the Russian-American relations.

As for the meeting’s agenda, the issue of arms control has the best chance, along with its next step — questions of strategic stability, including deployment of the nuclear weapons in Europe, cybersecurity, the militarization of outer space — Kortunov said.

“It is clear that no (formal) agreements will be reached (at the meeting), there was no time for proper preparation. But the green light can be given to start consultations, negotiations between diplomats, experts, military personnel, and officials. If such a work is started, it will already be an achievement,” he said.

Issues of common interest on which Russia, US can compromise

Putin and Biden can compromise on some regional issues, in particular, on humanitarian corridors in Syria — there are differences, but in principle, it is possible to find a solution — the expert added.

Moscow’s and Washington’s positions are similar in regard to North Korea, and with some differences on Afghanistan, the two countries have good cooperation in the Arctic, Kortunov said.

Everyone would like to see the normal work of diplomatic missions resumed as a result of the meeting, the ambassadors returned to their workplaces, and the consular services restored so that Russian citizens could receive American visas, he said.

“This part (normal work of embassies) is quite routine but important for ordinary Russian and American citizens,” the expert said.

He also noted the arms control, global stability, regional conflicts, and normalization of work of diplomatic services — the maximum program — where Russia and the US can have some progress.

Controversial issues between Moscow and Washington

“To expect that Putin and Biden will agree on Ukraine, or that there will be unity of opinion on Belarus, or that Putin will favorably perceive Biden’s teachings on human rights is unrealistic. These issues are more likely to create risks. If Biden starts lecturing, he can get a tough response, and this will jeopardize agreements on other, less toxic issues,” he said.

The controversial questions will be touched upon nevertheless as Biden has to report on his return to Washington about his meeting with Putin, and he can face harsh criticism if he does not raise them at the meeting, the expert said.

“Here the question is in the nuances. Biden can perform this mandatory program, but not fixate on it, realizing that here he will not achieve anything. And Putin can listen to this program and also respond appropriately. Naturally, he will say that we will not allow interference in our internal affairs, that we insist on Kyiv’s implementation of the Minsk Agreements. That is, he will also say all the right and necessary words. But if they don’t get involved in a pointless discussion because it won’t do any good, then there may be a chance that this part of the conversation won’t translate into the rest. Well, if not, then the meeting failed,” the expert said.

Kortunov expects an understanding of limits of flexibility from both sides, considering that both of them are experienced politicians.

Biden needs domestic support to implement his policy towards Russia

But even if the meeting passes smoothly, it will take some efforts on behalf of Biden to implement the agreements, Kortunov said.

“(Former US President Donald) Trump turned out to be a weak president in the sense that he could not provide domestic support for his initiatives. Everything he said was blocked in Washington. It is still difficult to say how strong a president Biden will be because it is also difficult for him, he also has the opposition, the Republicans criticize him, and there is a reform wing in the Democratic Party that is wary of Biden,” he said.

If Biden’s stance to ease tensions with Russia fails, then there will be a long pause fraught with further deterioration, which has no limits and creates risks for both sides, the expert warns.

If he succeeds, then the relations can start changing for the best, although a breakthrough is hardly possible, he said.

According to the official agenda of the Wednesday meeting in Geneva between Putin and Biden, the two presidents will discuss the current status of and prospects for bilateral relations, strategic stability problems, as well as current issues on the international agenda, including cooperation in countering the coronavirus pandemic and settlement of regional conflicts.

This article originally appeared in Anadolu Agency on 16 June 2021.