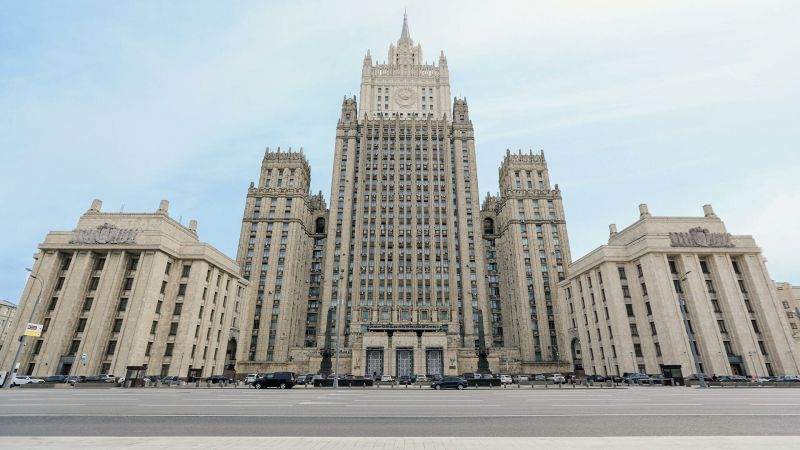 Russian Foreign Ministry statement on the anniversary of the Karabakh ceasefire

The Russian Foreign Ministry issued a statement on the anniversary of the trilateral statement on a cease-fire in Karabakh, according to Azerbaijan in Focus, reporting Turan News.

“Today we can state that the agreements as set forth in the Statement of November 9, 2020, are generally implemented. It is important that Baku and Yerevan remain committed to the further implementation and strict observance of all its provisions.

The Russian peacekeeping contingent (RPC) deployed in line with the Statement of November 9, 2020, makes a significant contribution to the stabilization of the situation and provision of security in the region. Our Azerbaijani and Armenian friends appreciate it.

With the participation of Russian peacekeepers, a total of 122 prisoners of war and detainees have been returned since December 2, 2020. Of these, 105 were returned to Armenia and 17 to Azerbaijan. In turn, three sets of maps of minefields were handed over to the Azerbaijani side.

It has to be kept in mind that the RPC is actively involved in the establishment of peaceful life. Humanitarian aid is regularly delivered to the region, the territories are demined (since November 2020, 1.937 buildings have been checked, 2.311,5 ha and 683 km of roads cleaned, more than 26 thousand explosive objects found). The infrastructure required for a normal life is being restored. About 53,000 refugees returned to their homes,” the document says.

“We are continuing our efforts to address the remaining humanitarian challenges as soon as possible, including releasing all detainees, promoting clarification of the fates of all missing persons, handing over the bodies of the dead, and providing full authentic maps of minefields. It is also important to safeguard cultural, religious, and historical heritage sites.

We intend, together with our partners, to gradually fulfill the tasks of unblocking all the economic and transport communications in the South Caucasus, it was noted in the Statement of the leaders of Russia, Azerbaijan, and Armenia dated January 11, 2021”.

“We emphasize the importance of reducing tensions on the Azerbaijani-Armenian state border and launching as soon as possible the process of its delimitation with subsequent demarcation. We are ready to provide all necessary consultative assistance.

We believe it important to continue efforts through the OSCE Minsk Group Co-Chairs, first and foremost in the context of resolving socio-economic and humanitarian problems facing the region. The contribution of the ICRC, the UNHCR, UNESCO, and other relevant international organizations is also needed.

We are standing for the building of good neighborly relations among the South Caucasus countries and their neighbors, the development of mutually beneficial regional cooperation,” the Russian Foreign Ministry statement concluded.