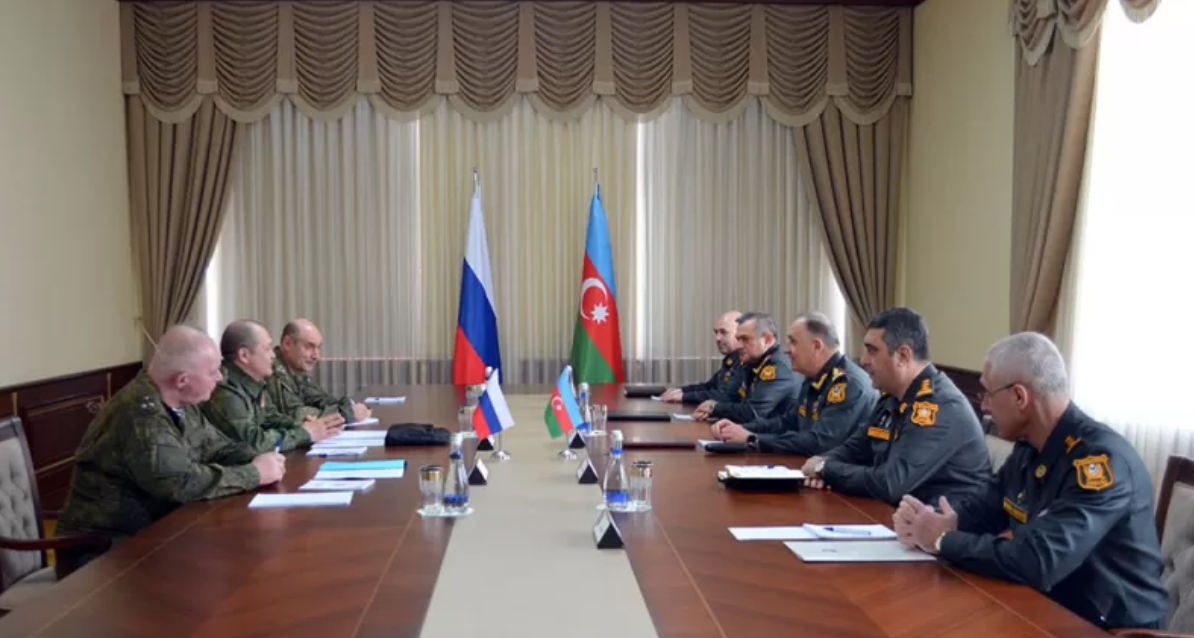 On March 22, the First Deputy Minister of Defense – Chief of the General Staff of the Azerbaijan Army, Colonel General Karim Valiyev met with a delegation led by Deputy Commander-in-Chief of the Land Forces of the Armed Forces of the Russian Federation for peacekeeping operations, Colonel General Alexei Kim, according to Azerbaijan in Focus, reporting Turan News, citing the press service of the Ministry of Defense of Azerbaijan.

During the meeting, among the discussed issues were the implementation of the articles of the Statement signed by the President of the Republic of Azerbaijan, the President of the Russian Federation, and the Prime Minister of the Republic of Armenia, as well as the operational situation in the territory of Azerbaijan, where the Russian peacekeepers are temporarily stationed.

The sides held a detailed exchange of views on the process of withdrawal of illegal Armenian armed groups from the territory of Azerbaijan in accordance with article 4 of the Statement of November 10, 2020, and a number of other issues.