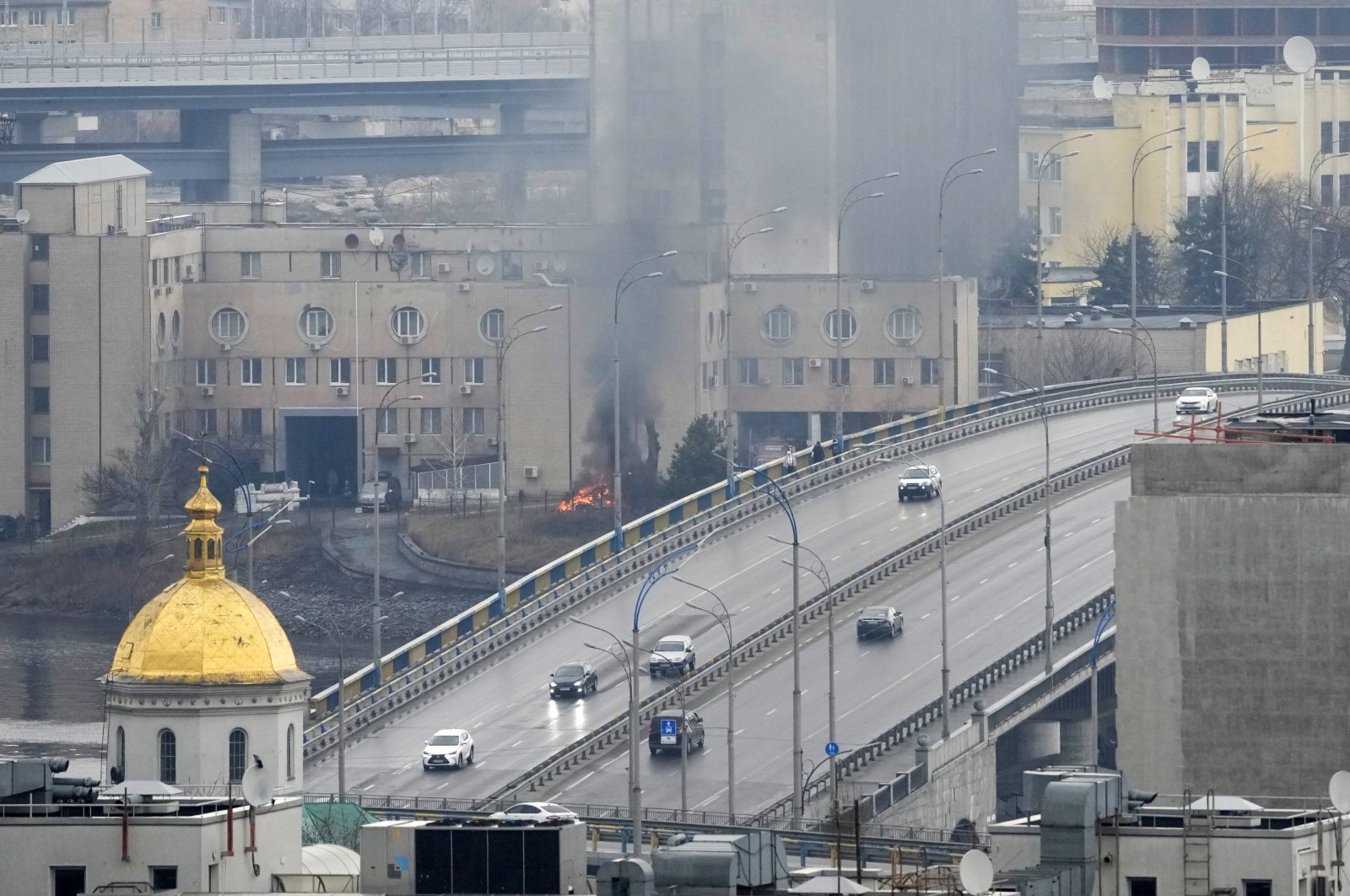 Turkey on Thursday called the Russian offensive into Ukraine “unacceptable,” saying it is a grave violation of international law and poses a serious threat to the security of the region and the world, according to Azerbaijan in Focus, reporting Daily Sabah. Rejecting the Russian intervention in Ukraine, Ankara called on Moscow to end the “unfair and unlawful” military operations as soon as possible.

“Beyond eliminating the Minsk agreements, this attack is a grave violation of international law and poses a serious threat to the security of our region and the world,” the Foreign Ministry said in a statement. “We call on the Russian Federation to immediately end this unjust and unlawful act.”

President Recep Tayyip Erdoğan, whose government has friendly ties with both Russia and Ukraine, also chaired a security summit in the capital Ankara after Moscow launched an attack on its neighbor.

The summit concluded that Russia’s attack was “a violation of international law” and “unacceptable,” according to the Presidency.

It also discussed measures that can be taken with Russia and at international platforms for an “end to the attack that threatens the regional and global security.”

Erdoğan also discussed the Russian invasion of Ukraine in a phone call with his Ukrainian counterpart Volodymyr Zelenskyy amid Ankara’s call for Russia to stop the “unlawful act.”

Later in the day, Erdoğan in a televised speech reiterated that Turkey supports Ukraine’s battle for territorial integrity and views Russia’s attack as a “heavy blow” to regional stability and peace, repeating a call for a resolution of the crisis through dialogue.

“This step, which we view as against international law, is a heavy blow struck on regional peace, harmony, and stability,” he said, adding that he conveyed Turkey’s support to Zelenskyy in a phone call on Thursday.

He said Turkey, which has a maritime border with both Ukraine and Russia in the Black Sea, viewed both countries as friendly and added he was “sincerely saddened” by the Moscow-Kyiv conflict.

NATO member Turkey has sought to position itself as a mediator for a resolution to the crisis. Erdoğan, who stepped up diplomacy with phone calls to the Russian and Ukrainian leaders this week, said Turkey had no desire to abandon ties with either of the countries.

“We want this issue to be resolved without us having to choose between the two,” he said in comments published in local media on Wednesday.

There were reports of explosions in several Ukrainian provinces, including the capital Kyiv, and several military vehicles reportedly crossed the border from Belarus into Ukraine. In recent months Putin had amassed over 100,000 Russian troops around Ukraine, but repeatedly denied any intention of invading.

Earlier on Thursday, Ukraine’s ambassador to Ankara said Kyiv had asked Turkey to close Black Sea waterways to Russian ships and show solidarity with Ukraine. The call put Turkey, which has good ties with both of them, in a difficult position.