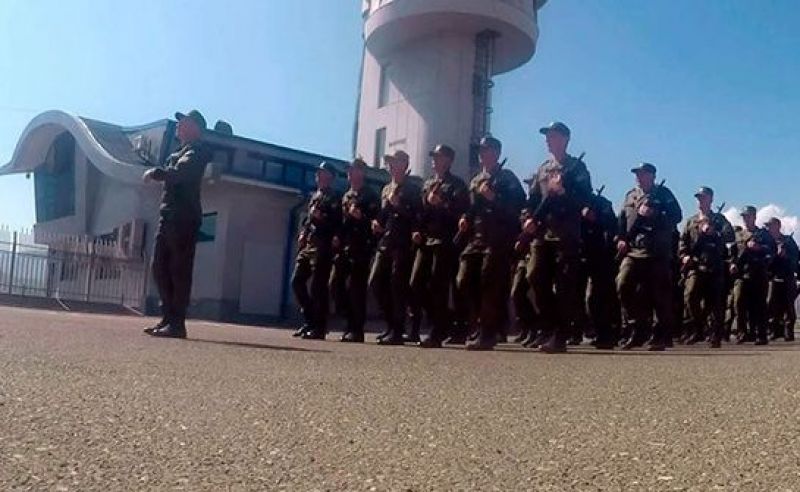 Russian Peacekeepers Will Hold a Victory Parade in Azerbaijan

According to Azerbaijan in Focus, reporting Turan News, Russian peacekeepers are preparing to celebrate the 76th anniversary of the victory over fascism in World War II, in Karabakh region of Azerbaijan. The Russian Defense Ministry even stated that the peacekeeping forces had already conducted their first exercises at the Khojaly airport. It is reported that about 400 military personnel took part in his exercises.

The ministry noted that the parade would be attended by military police, a special-purpose medical unit, a command group of the Russian peacekeeping contingent, as well as logistical support units. Do the Russian peacekeepers have the authority to hold parades on the territory of Azerbaijan?

While Azerbaijan’s Foreign Ministry has yet to make any statements on the issue, some experts say the parade was held to demonstrate Russia’s superior position in the region. Member of the Milli Mejlis Committee on International Relations and Inter-parliamentary Relations Sabir Rustamkhanli noted that Azerbaijan annually celebrates Victory Day over fascism.

“We have not removed it from the calendar, and we ourselves mark it here as part of our history. Because Azerbaijan, in percentage terms, is one of the republics that lost the most people in World War II after Belarus. From the Caucasus to the middle of Europe, the graves of tens of thousands of Azerbaijani heroes are located in fraternal cemeteries on lands that do not belong to Azerbaijan. Therefore, the victory over fascism is also our holiday,” Rustamkhanli noted.

The member of the committee stressed there are many forces in Russia that want to break this temporary agreement between Azerbaijan and Armenia. “There are people around Vladimir Putin who defend Armenians in the Russian leadership, and some are Armenians by origin. Unlike Putin, they want to see the fate of the conflict in a different way. The talks is about all steps to irritate Azerbaijan and violate the temporary truce. The Russian press is replete with anti-Azerbaijani articles and statements,” he said.

According to Rustamkhanli, the Russian military arrived in Karabakh by the decision of the Russian state, and they must carry out their activities in accordance with the policy of their state. Political scientist Shahin Jafarli noted that the status of Russian peacekeepers in Azerbaijan is ambiguous.

“We know that these peacekeeping forces based on the statement of November 10, 2020, entered Karabakh, that is, the territory of Azerbaijan. The issue of the extent to which this statement has legal force, to what extent it complies with the Constitution of Azerbaijan is controversial. That is, the invasion of the army of a foreign state into the territory of the country by an ordinary trilateral statement does not even correspond to the usual logic,” he said.

The expert noted that this is the main problem, and hence other issues arise, including the holding of the parade. “In fact, I do not consider holding this military parade a serious problem. Because wherever the Russian army is, its military units always solemnly celebrate the holiday on May 9. From this point of view, if the Russian army is here, then naturally celebrate this holiday,” Jafarli said.