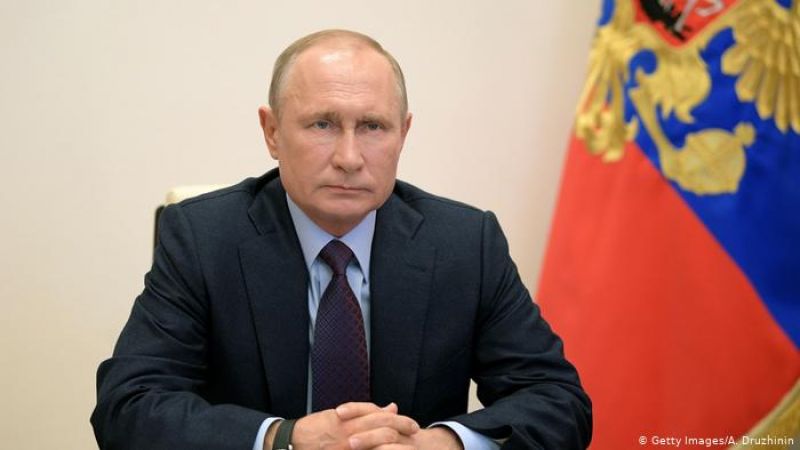 Speaking on the Russia 24 TV channel, according to ‘Azerbaijan in Focus’, reporting Turan News, Russian President Vladimir Putin has revealed that, in October, he persuaded Azerbaijani President Ilham Aliyev to end the Second Karabakh War, subject to the return of internally displaced persons (IDPs) to the city of Shusha.

He recalled on October 19–20, he held a series of telephone conversations with both President Aliyev and Armenian Prime Minister Nikol Pashinyan. President Putin said: “Pashinyan told me directly that he sees this as a threat to the interests of Armenia and Karabakh.”

President Putin added that there were a critical situation in Karabakh prior to the end of the fighting, and it was impossible to organise talks within the framework of the OSCE Minsk Group for expediency reasons. He also realised that if Armenia rejected the ceasefire agreement reached on November 10, this would be suicide for the country.

He continued: “The Azerbaijani armed forces took control of Shushi (Az: Shusha). As Pashinyan honestly said, the situation was critical for the Armenian side. The fighting went on for hours. It was possible Stepanakert (Az: Khankendi) would be taken, but further combat would be necessary. In this situation, it was in the interests of the Armenian side to immediately stop hostilities. Therefore, the accusations of betrayal made against Pashinyan have no basis. The Armenian authorities could not afford to withdraw from the agreement on November 10, as this would have been suicide.”

Putin stressed that sufficient peacekeeping forces had now been deployed from Moscow, and these numbers could only be increased with the agreement of the parties. He reiterated that the final status of Karabakh had not been determined and meanwhile Moscow would maintain the status quo.

President Putin said: “The next move will have to be decided in the future, either by the future leaders or participants in this process. But, in my opinion, if conditions are created for normal life and for the restoration of relations between Armenia and Azerbaijan, between people at a domestic level, especially in the conflict zone, there will be a situation from which to determine the status of Karabakh.”

He recalled that, according to international law, Karabakh has always been an integral part of Azerbaijan, and the Russian-led Collective Security Treaty Organisation (CSTO) would not intervene in this issue, since: “No-one encroached on Armenia, a member of the organisation. This did not give us any right to take a direct part in these hostilities.”

According to international law, Azerbaijan regained its territories during the war, because the international community recognises Karabakh and the seven surrounding regions as Azerbaijani sovereign territory.

Making reference to Turkish participation in the settlement, he noted that Azerbaijan has the right to choose its allies. He explained that the Joint Monitoring Centre, where the Russian and Turkish military will jointly monitor the progress of the peacekeeping operation, would be located where designated by Azerbaijan.

President Putin concluded by explaining that he convinced Turkish President Erdogan that his military would have issues with effective participation in the peacekeeping operation due to the negative attitude of Armenians towards to his country.