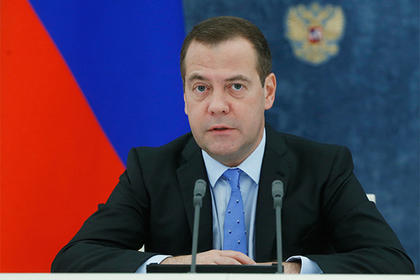 Deputy Head of the Russian Security Council Dmitry Medvedev doesn’t consider cooperation between Moscow and Ankara on Nagorno-Karabakh issue an element of a long-term policy, according to Azerbaijan in Focus, reporting Trend News, with reference to TASS.

Commenting on Turkey’s role in the Karabakh conflict in an interview with Russian media, Medvedev noted that it is a very important partner for Russia, very close to Azerbaijan, and this factor cannot be ignored.

“We have a productive dialogue with them – the president of our country constantly communicates with the President [of Turkey Recep Tayyip Erdogan] on this issue,” he said.

Medvedev also touched upon the creation of a special Russia-Turkey monitoring centre in Azerbaijan, with relation to keeping the situation in Nagorno Karabakh under control.

“I wouldn’t evaluate this as an element of some long-term policy or build one of the conspiracy theories here. We just have to take into account the realities that exist in our region,” said Medvedev.