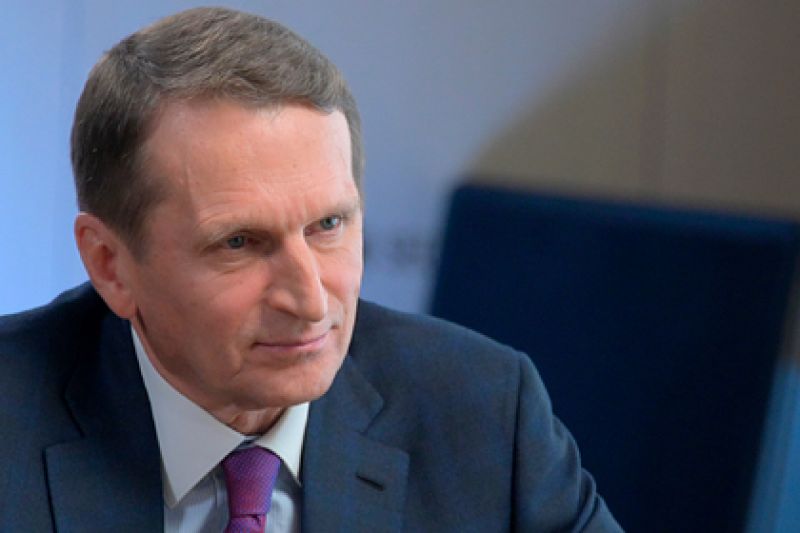 Sergei Naryshkin, Head, Russian Intelligence Service (SVR), has revealed that the US and its European allies are provoking Armenian and Azerbaijani nationalists to disrupt implementation of the ceasefire agreements over Nagorno-Karabakh, according to ‘Azerbaijan in Focus’, reporting RIA Novosti.

Mr Naryshkin explained that Washington is currently trying to incite discord between the Armenian and Azerbaijani peoples in order to discredit the agreement reached between Official Yerevan and Baku. “They are trying to convince the Armenians that peace in Nagorno-Karabakh is a defeat for Yerevan. The idea of the necessity of ‘war to the bitter end’ is incorporated. Azerbaijanis, on the contrary, are told that the Kremlin ‘stole their victory’ when the Azerbaijani army was one step away from taking Stepanakert (Az: Khankendi).”

He stated that the fact that the peace agreement on Karabakh was concluded with Russian mediation is indicative that the West failed to squeeze Moscow out of the region. Simultaneously, neither the US, nor the countries of Europe, are ready to come to terms with the existing balance of power in the Transcaucasus and are thus, once again trying to solve their problems “at the expense of the interests of ordinary people.” Mr Naryshkin expressed the view that provocations from the Western powers could lead the region to become embroiled again in a serious military conflict.

The Azerbaijani and Russian Presidents and Armenian Prime Minister adopted a tripartite ceasefire agreement regarding the hostilities in Nagorno-Karabakh on November 10. Azerbaijan has now regained control over the Aghdam, Gazakh, Kelbajar and Lachin regions, and the ceasefire will be maintained by Russian peacekeepers, which will operate a Joint Monitoring Centre with Turkey. The units will be deployed along the ‘contact line’ and Lachin corridor, which connects the Nagorno-Karabakh region of Azerbaijan with Armenia.