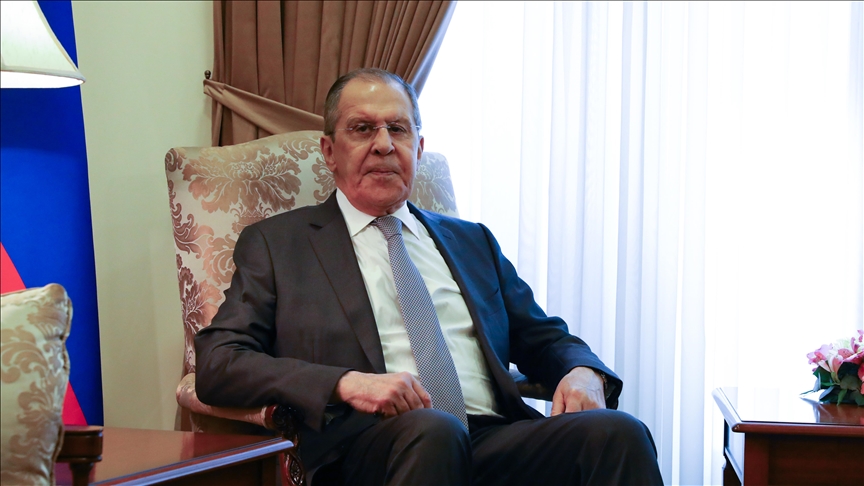 Russia will retaliate against sanctions imposed by the European Union, although it considers the restrictions placed on Russian citizens and entities “a road to nowhere,” Foreign Minister Sergey Lavrov said Thursday.

Speaking at a news conference in Yerevan following a meeting with his Armenian counterpart Ara Ayvazyan, Lavrov said the EU has introduced sanctions against Russia “without any persuasive grounds.”

“We will not leave unanswered such attacks on Russia, on members of the Russian leadership, on parliamentarians of the Russian Federation, and on our companies whose only culpability in the eyes of the European Union is their registration in a country that the EU has chosen to declare an aggressor illegally and for no reason,” he said.

Commenting on Russia’s recent decision to blacklist eight top EU officials, Lavrov said: “We declared persona non grata those people in the European Union structures and in a number of EU member states due to the fact that they took a decisive part in the next wave of sanctions against our officials, including parliamentarians.”

He added that the exchange of sanctions started “from an anti-constitutional coup” which happened despite the guarantees given to the Ukrainian leadership by the European countries.

“If we talk about relations between Russia and the European Union, between the Brussels structures, then the entire architecture of these relations, which was probably unprecedented in its time, was destroyed by Brussels in connection with the events that took place in Ukraine.

“We should have a claim against Europe for supporting and encouraging the coup in Ukraine, contrary to its obligations. It’s sad, but it’s not our choice. Once again, if you just look at the statistics of everything that happened after March 2014, you will instantly see who started this series of sanctions and what is the reason why we cannot help but respond to this hostility,” he said.

Ukraine has been plagued by conflict in its eastern regions since the ouster of President Viktor Yanukovych in March 2014 after he rejected the Ukrainian-European Association Agreement, followed by Russia’s illegal annexation of Crimea.

Fighting between Ukrainian government forces and pro-Russian separatists in eastern Ukraine has seen more than 13,000 people killed, according to the UN.

Turning to the Nagorno-Karabakh conflict, Lavrov said the situation there has been stabilized and there are only minor incidents that are quickly tackled by Russian peace-keeping forces.

He then called for not politicizing the peace process in the region, saying the issues of the routes connecting the region, line of contact, delimitation and demarcation of borders are being resolved.

“These are practical, understandable things that need to be resolved in order for the region to breathe freely and live a peaceful life. Those who try to leave these issues for later and first engage in political discussions, in my opinion, put the whole process on its head. It is much easier to solve political issues when people begin to live normally on the ground,” he said.

Relations between the two former Soviet republics of Armenia and Azerbaijan have been tense since 1991, when the Armenian military occupied Nagorno-Karabakh, also known as Upper Karabakh, a territory internationally recognized as part of Azerbaijan, and seven adjacent regions.

During the six week-conflict, which ended with a Russian-brokered truce, Azerbaijan liberated several strategic cities and nearly 300 of its settlements and villages from Armenian occupation. The two countries signed a Russian-brokered agreement on Nov. 10 to end the fighting and work toward a comprehensive resolution.

This article originally appeared in Anadolu Agency on 07 May 2021.