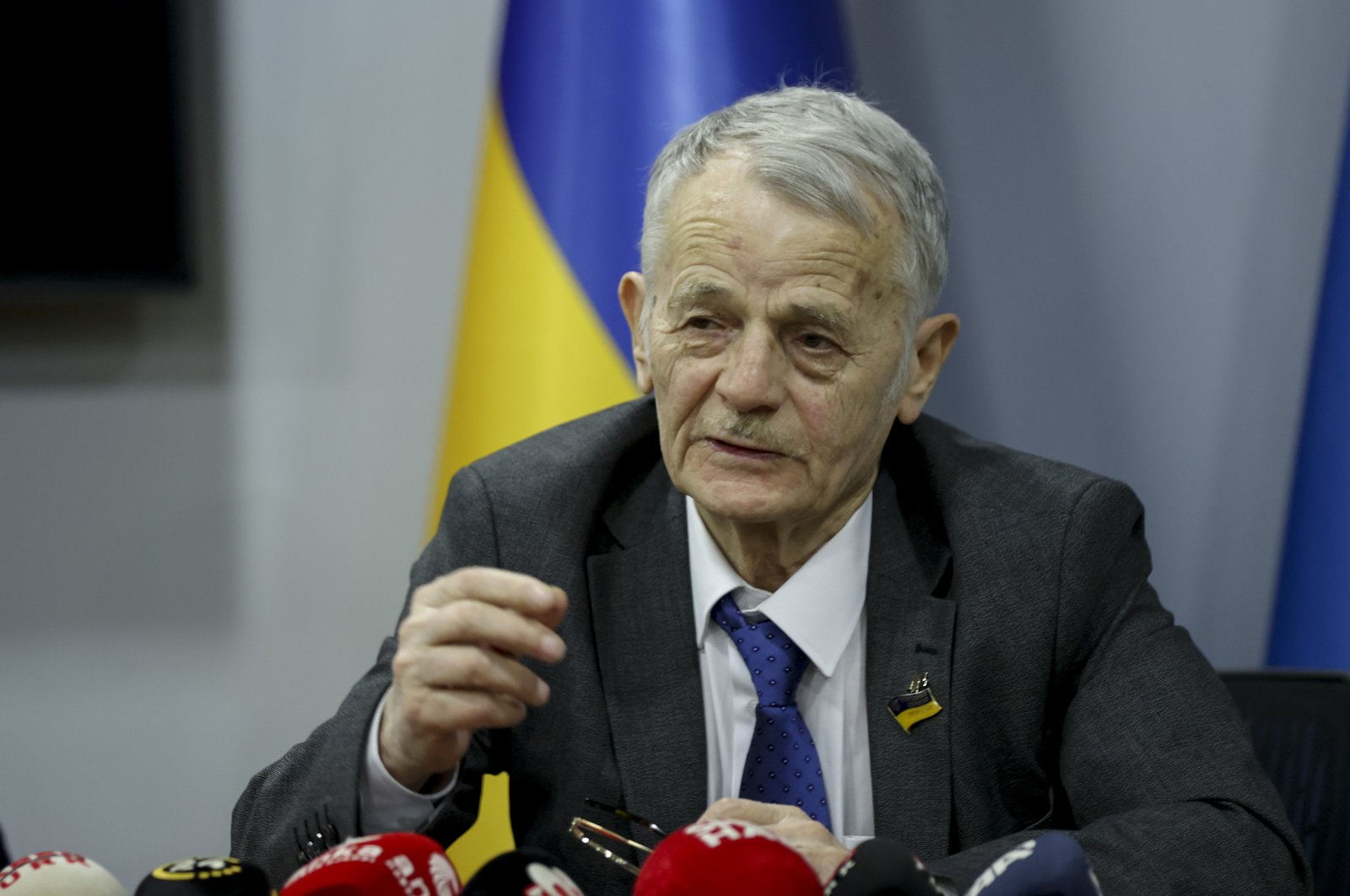 Sanctions to 2014 events could have prevented Ukraine-Russia war

A stronger reaction to the Russian invasion of Georgia in 2008 and the annexation of Crimea in 2014 could have prevented the current war between Moscow and Kyiv as Russia’s military forces keep up their campaign to capture Ukraine’s capital, Crimean Tatar leader Mustafa Abdülcemil Kırımoğlu underlined, according to Azerbaijan in Focus, reporting Daily Sabah.

“If sanctions had been imposed on Russia when Moscow entered Georgia in August 2008, then the situation now could have been different,” Kırımoğlu told Daily Sabah in an exclusive interview. “If the sanctions applied today, had also been applied in 2014, then we might not have been experiencing this war today,” he added, referring to the date when Ukraine’s Autonomous Republic of Crimea was annexed by Russia, based on an illegitimate referendum.

In 2014, Russia annexed Ukraine’s Crimean Peninsula, a move widely viewed as illegal by the international community, including Turkey and the United Nations.

International society did not respond to Russia’s illegal annexation of Crimea as expected, according to the national leader.

Similarly, diplomatic ties between Russia and Georgia, which aspires to join the European Union and NATO, collapsed after Moscow occupied two of the latter’s territories in a conflict and recognized the independence of South Ossetia and Abkhazia, where Russian troops are now garrisoned. Most of the world, however, continues to consider them as part of Georgia.

President Recep Tayyip Erdoğan on Friday also strongly criticized the Western world over Russia’s 2014 invasion of Ukraine’s Crimean Peninsula, saying that a stronger response then could have prevented Moscow’s current war on Ukraine.

“If the whole West had clamored against the invasion of Crimea in 2014, would we be facing today’s picture?” Recep Tayyip Erdogan said at the opening ceremony of the three-day Antalya Diplomacy Forum in the Mediterranean province.

Now, Ukraine faces another round of Russian aggression since Crimea was annexed eight years ago. On Feb. 24, Russia launched an invasion of the country under the pretext of protecting the Russian community in Ukraine’s east and the expansion of NATO toward Russia. Washington and its European Union allies have sent funds and military aid to Ukraine and imposed unprecedented economic sanctions on Russia.

“Kyiv is besieged but it is resisting and will continue to resist,” Kırımoğlu highlighted.

“There is a difference between our soldiers and those of Russia – which is motivation. Our soldiers are protecting their home country,” the leader said, indicating that the Russian military in contrast is just following directions and is being sent to different places.

Overnight, Russian forces fired artillery on the suburbs northwest of Kyiv, a major political and strategic target for the invasion, as well as points east of the city.

Since their invasion more than two weeks ago, Russian forces have struggled in their advance across Ukraine, in the face of stiffer than expected resistance, bolstered by Western weapons support. Instead, Russian forces have besieged several cities and pummeled them with strikes, hitting two dozen medical facilities and creating a series of humanitarian crises.

“I hope that at the end of this war, Crimea will be again part of Ukraine. Nobody in Ukraine will accept that Crimea is Russian territory – even if someone does, the people of Ukraine will declare them enemies to the state,” Kırımoğlu said.

Kırımoğlu stated that Russia faced unexpected resistance from Ukraine and its people while he indicated he is not too hopeful about the negotiations.

According to Kırımoğlu, the demands of Russia were unrealistic.

The fourth round of talks is expected Monday between Ukrainian and Russian officials with a focus on achieving a cease-fire, troop withdrawals, and security guarantees for Ukraine. Previous Russian demands had included a ban on Ukraine from entering NATO as well as a limit to the deployment of troops and weapons to NATO’s eastern flank.