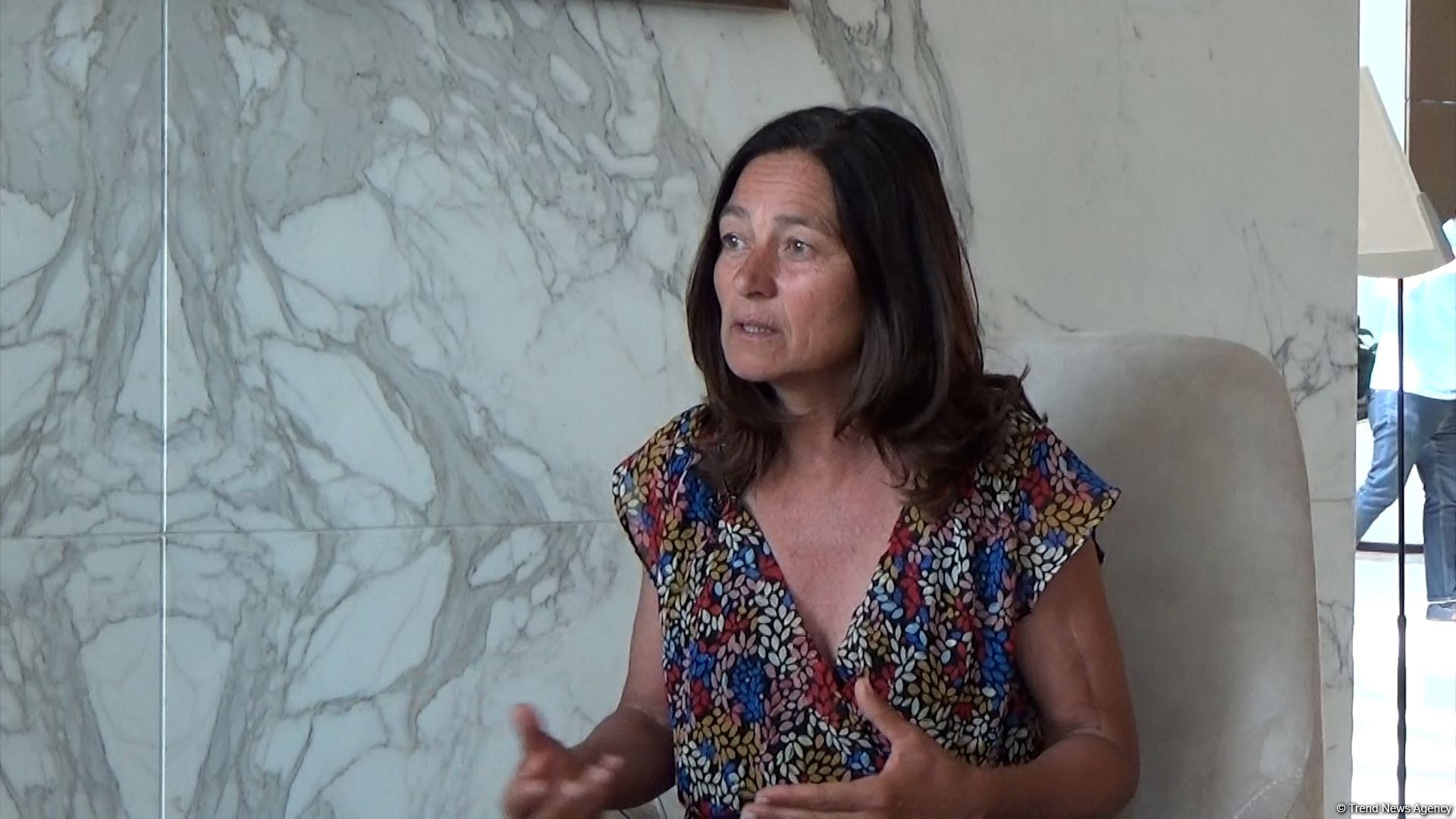 Settlements in Azerbaijan’s lands liberated from Armenian occupation were razed to the ground within 30 years, said French MP, Member of the Committee for Cultural Affairs and Education, Sandrine Mörch in a recent interview, according to Azerbaijan in Focus, reporting Trend News, citing the French online newspaper lagazetteaz.fr.

“The purpose of my visit to Azerbaijan is to understand the essence of the problem, to study the history of the Armenian-Azerbaijani conflict and the events that were observed from France from a great distance,” the MP said.

“I think it is important to see with your own eyes what is so poorly covered in France by journalists, media and politicians who do not know everything. My goal as a politician is to study sources of information to find out the final version of Azerbaijan. Then it will be necessary to visit Armenia in order to recreate the complete picture of what happened. I am very glad that I got the opportunity to get to the source of the information,” said Mörch.

The French MP said that before becoming a deputy, she worked as a journalist.

“I have been a member of the French National Assembly for only four years, before that I worked as a journalist for thirty years. For ten years I have covered conflicts and civil wars in Uganda, Liberia, Sri Lanka and other countries. I have seen many ruined cities. And here [in the liberated territories of Azerbaijan] I saw what had been razed to the ground within thirty years. It is no longer a habitat for humans or other living beings. I was shocked not only by the destruction but also by the gravestones and cemeteries levelled to the ground. Because the memories of ancestors are constantly revived in memory of some 700,000 people forced out from here. In fact, this is the problem of all internally displaced persons and refugees. In refugee camps during many armed conflicts, I worked with Medecins sans Forntères, a very large humanitarian organization. This is an international problem. I believe that internally displaced persons will never be able to overcome the problems of war until peace is achieved,” Mörch said.

“Internally displaced persons and refugees in Azerbaijan are represented even in the diplomatic sphere. Azerbaijan is a country that does everything for its IDPs and refugees. This is not the case here [in France]. A policy is being pursued in Azerbaijan, as a result of which internally displaced persons and refugees become deputies, engineers, those who elevate the country. I am really delighted with this. People from this category in Azerbaijan do not stand aside, they are helped, and ultimately these people become the future of the country. I think this is great, and this is one of the problems that I am going to work on in France. Because in France, foreigners are not treated the way they are here,” she said.

Speaking about the prospects of French-Azerbaijani inter-parliamentary relations, the MP noted that the more difficulties, the more interesting.

“At present, there are diplomatic difficulties between France and Azerbaijan, but what is the problem? We need more discussions, more intercultural events, so we can get to know each other better,” Mörch said.

“In my opinion, in this context, the most important role of members of parliament is education. After returning to France, I will send proposals to companies in the city that I represent and invite them to establish contacts with the Ministry of Economy of Azerbaijan. We must expand these ties, and this is one of the main goals of our current visit. I do not want to comment on the conflict that has lasted for many years, but I want to emphasize that our bilateral relations need to be further strengthened and expanded,” the French MP added.