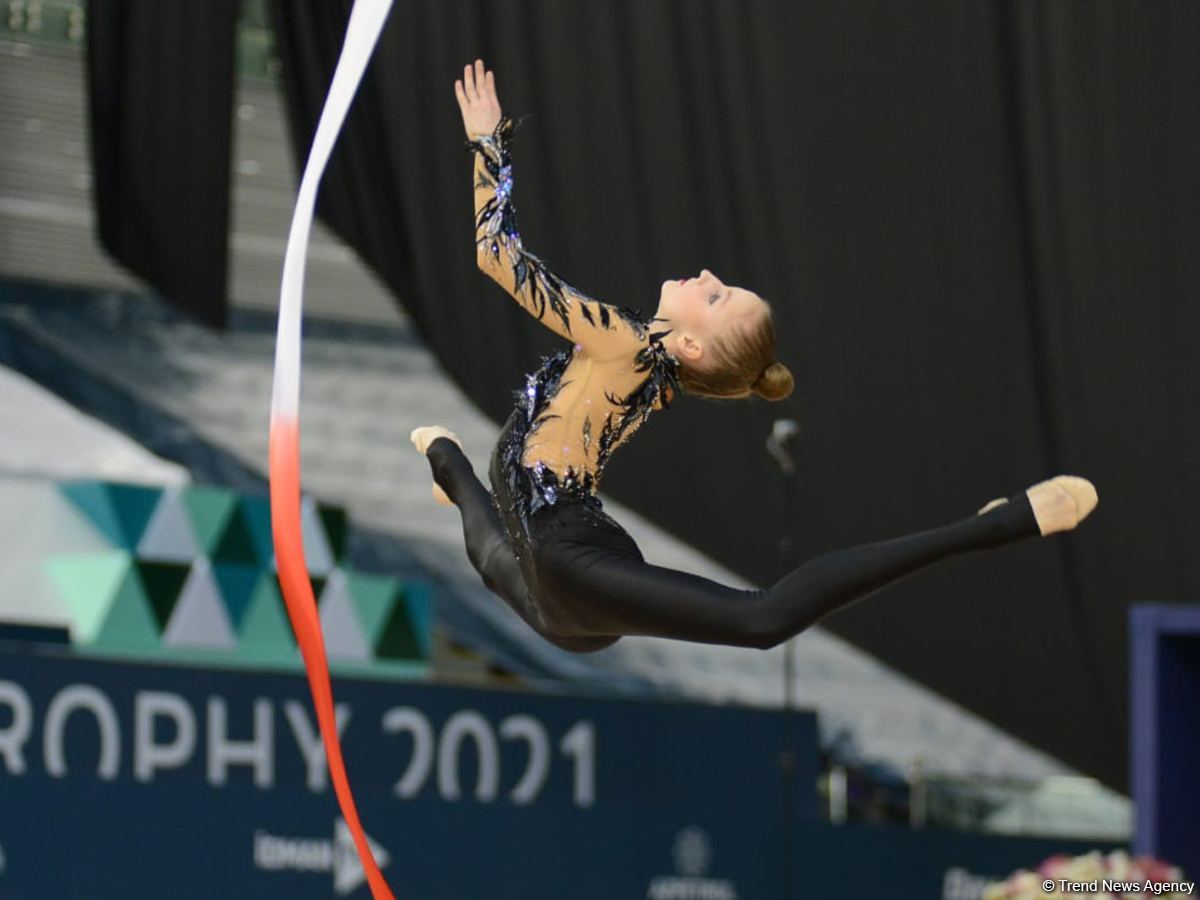 The second day of the Rhythmic Gymnastics World Cup started at the National Gymnastics Arena in Baku on May 8, according to Azerbaijan in Focus, reporting Trend News.

Besides, this day, winners and prize-winners among the group teams based on the results of the all-around will be announced.

The Rhythmic Gymnastics World Cup, which is being held in the capital of Azerbaijan on May 7-9, has a qualifying character for the Olympic Games in Tokyo. Nearly 170 gymnasts from 35 countries of the world are taking part in the World Cup in Baku.

Azerbaijan is represented by Zohra Aghamirova and Arzu Jalilova at the competition in the individual program. The team consisting of Lyaman Alimuradova, Zeynab Hummatova, Yelyzaveta Luzan, Maryam Safarova, and Darya Sorokina is participating in the group exercises.

Traditionally, a gymnast and the team with the highest number of performance points during the competition will get the AGF Trophy Cup. The competitions are held in accordance with the quarantine measures in force in the country, given the sanitary and epidemiological requirements and without spectators.

President Ilham Aliyev: Victories are worthy of our people, both on battlefield and in sports arenas