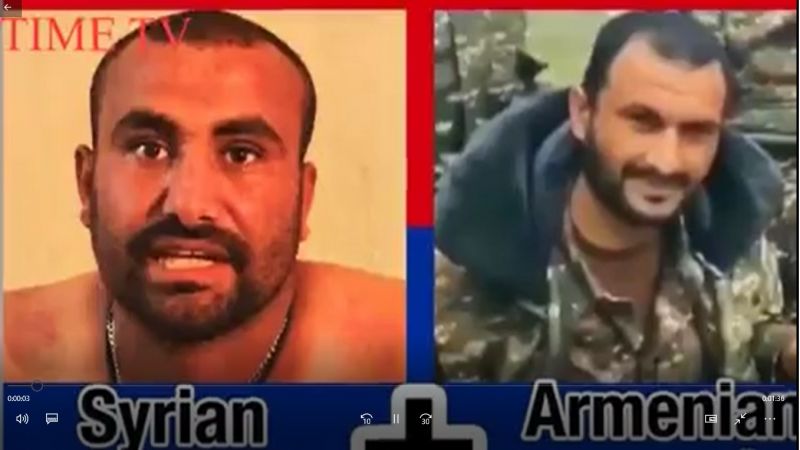 It has transpired that the second so-called ‘Syrian terrorist’ detained in Karabakh, where he allegedly fought on the Azerbaijani side, is actually a member of the PKK Kurdish terrorist organisation. It is widely acknowledged that Kurdish militants are fighting on the Armenian side.

His nationality was established due to videos spread on social media by the Kurds themselves. In the video, a militant detained by the Armenians sits surrounded by his armed comrades, who are chanting slogans in Kurdish. They are carrying the flags of Armenia and the self-proclaimed Kurdistan Region. In an Armenian video, the same man sits surrounded by Armenians, who interrogate and insult him.

Earlier, the Armenians published another video, where they also presented the wounded man as a Syrian. However, during the interrogation, this person switches from speaking Arabic to Kurdish.

Azerbaijan and Turkey have repeatedly stated that up to 2000 Kurdish militants have been recruited by Armenia to participate in battles against Azerbaijani forces deployed in Karabakh.

This article originally appeared in Turan Informasya Agentliyi on 04 Nov 2020.