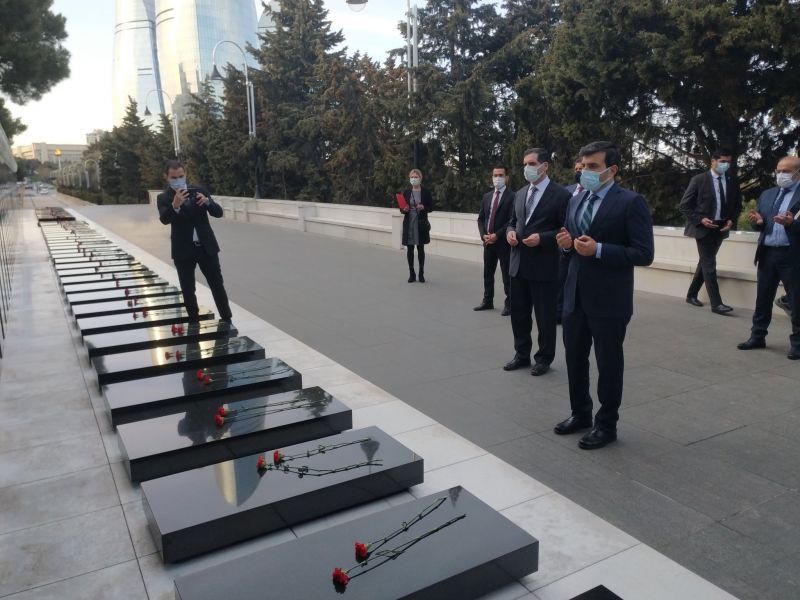 The director of the Turkish company “Baykar Savunma”, the creator of the famous combat and reconnaissance drones “Bayraktar” Seljuk Bayraktar arrived in Baku on March 31, according to Azerbaijan in Focus, reporting Turan News, with reference to Seljuk Bayraktar’s official Twitter account.

On the same day, Bayraktar laid a wreath at the Martyrs’ Alley and at the memorial to Turkish soldiers who died during the liberation of Baku from the Bolsheviks in 1918.

He does not inform about the purpose of the visit. However, earlier Bayraktar conducted trainings for Azerbaijani officers in Turkey.
Recently Bayraktar successfully tested the newest combat drone TB3, which is designed to conduct air battles with combat aircraft. It is not excluded that the purpose of the visit is related to the presentation of this novelty of the Azerbaijani Air Force.