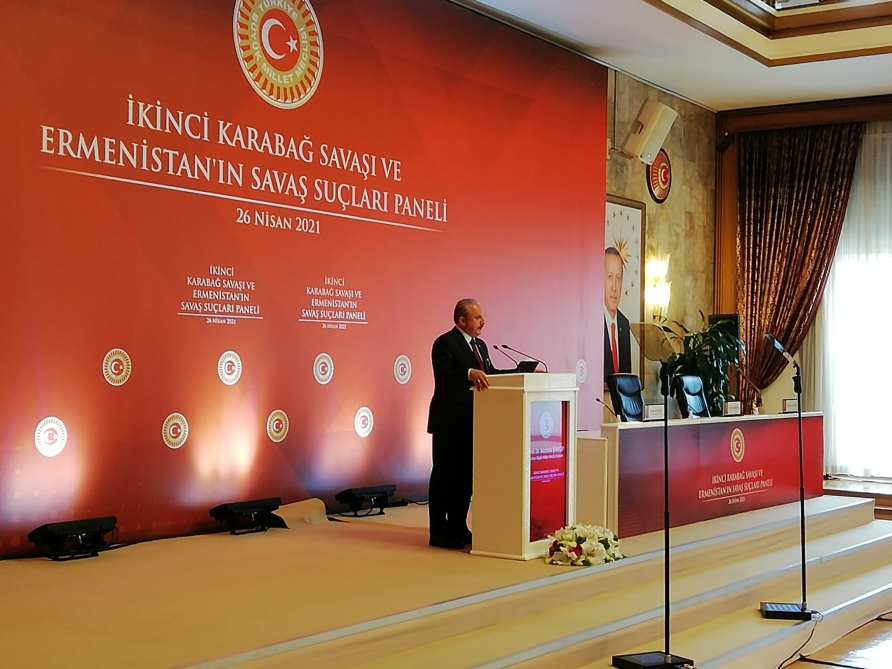 Sentop: Azerbaijan and Turkey had tried to resolve the Karabakh issue diplomatically through many years

Speaker of Turkey’s Grand National Assembly Mustafa Sentop said Azerbaijan and Turkey had tried to resolve the Karabakh issue diplomatically through many years.

Addressing a panel discussion on “The Second Karabakh War and the war crimes of Armenia”, Sentop said the two countries had made efforts to find a peaceful solution to the conflict despite Armenia`s unwillingness and provocative statements of the Armenia leaders. “Nevertheless, Armenia did not refrain from launching new attacks on Azerbaijan. And the war, unleashed with Armenia`s attacks, ended with Azerbaijan`s Victory and saw the brotherly country liberate its occupied territories,” he added.

Sentop also noted the importance of the panel discussion, saying it aims to raise the world`s awareness of the truth about the 44-day war. ” We saw all these crimes once again through a photo exhibition that we visited a while ago,” he said, referring to a dedicated photo exhibition organized as part of the event.

This article originally appeared in AzerTac on 27 April 2021.