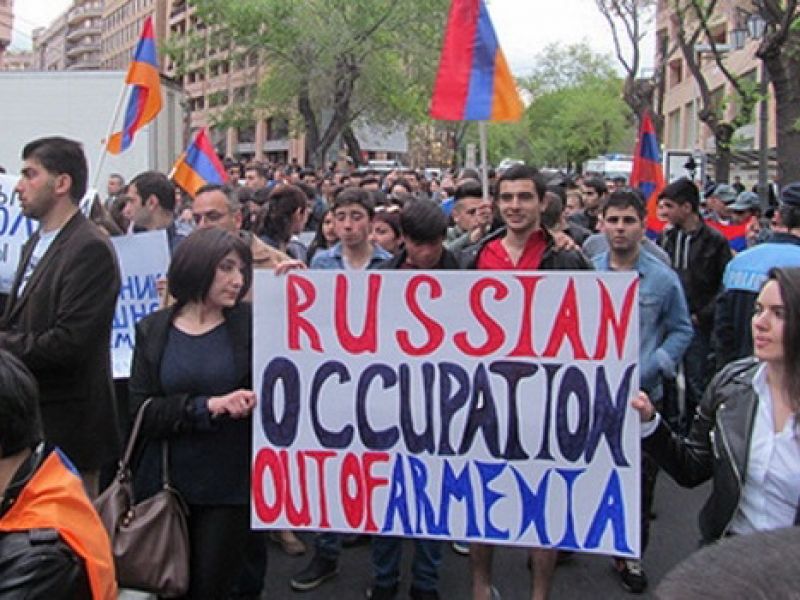 Separatism Under Guise of Russian Language

According to Azerbaijan in Focus, reporting Turan News, Russian is declared the second official language in the so-called Nagorno-Karabakh Republic. On March 25, the so-called “parliament” of the NKR made a decision on this matter. The bill states that, given the history of cultural, military and economic relations between Artsakh (Nagorno-Karabakh) and Russia, as well as the fact that Russian is the second language for the majority of Artsakh people, it is important to establish new quality relations and a new agenda.

Azerbaijani President Ilham Aliyev said at a press conference on February 26 that information about the use of the Russian language in Karabakh is being illegally manipulated by those who call themselves leaders. “They can also declare Swahili the official language of Karabakh. It cannot have any effect or consequences. Nagorno-Karabakh does not exist, and everyone recognises it as an integral part of Azerbaijan. I think this is their last breath, this last attempt by the criminal junta regime, as if they were a state.”

Ilham Aliyev noted that everyone recognises Nagorno-Karabakh as an integral part of Azerbaijan. “The only official language in Azerbaijan is Azerbaijani. Another language cannot have an official status in Azerbaijan.”

Elman Nasirov, a member of the parliamentary committee on international and inter-parliamentary relations, believes that the adoption of such a resolution by the so-called regime is a step contrary to the general spirit of the trilateral statements signed on November 10 last year and on January 11 this year. He stated that such a step shows the collapse of the so-called regime, which is not recognised by any state: “During the Patriotic War, the Armed Forces of Azerbaijan, under the leadership of the Supreme Commander-in-Chief, destroyed the Armenian army, and now the separatists are taking illegal steps, creating conditions for difficult events and scenarios in the region”.

He noted that this step is primarily aimed at re-creating a confrontational situation in the region and is unacceptable: “Naturally, the Azerbaijani state and its relevant departments will inform international organisations in this direction, and concrete measures should be taken to prevent this illegal step.”

The member of the committee believes that the Russian Federation and its top leadership should take steps against such actions of the separatists: “Otherwise, there can be no lasting peace in the region. However, Azerbaijani President Ilham Aliyev proposed a format of six-sided cooperation with the participation of Armenia.

He added that such an illegal step by the so-called regime with the support of Armenia draws a line under all these initiatives: “After that, responsibility for all possible events will fall on Armenia and its political leadership, as well as on the so-called regime that it supports. Let them not forget the words of the Supreme Commander-in-Chief that the iron fist is in place”.

Political scientist Arastun Orujlu stated that any law adopted by the so-called Nagorno-Karabakh Republic and its so-called parliament has no legal or international status and has no legal force: “But this does not mean that the Azerbaijani side should remain indifferent to these issues.”

According to the expert, this decision did not come as a surprise to him: “Because this is part of the planned activities. After that, something like a law on dual citizenship will be adopted, and representatives of the Armenian community of Karabakh will massively accept Russian citizenship. There are no obstacles in Russian legislation against this.”

According to Orujlu, the status of Russian troops operating in Karabakh under the guise of peacekeeping operations will be changed: “They will be presented as armed forces protecting Russian citizens. When Azerbaijan demands their withdrawal, everything will actually return to the version of Abkhazia and South Ossetia.”

The political scientist believes that the Azerbaijani side should not officially comment on any steps of the so-called organisation and the nonexistent regime: “Because here one of the goals is to involve Azerbaijan in negotiations with these separatists. That is why we see a fundamental difference between the position of official Yerevan and the position of the separatist rebels in Karabakh. That is, in fact, Russia is trying to involve Azerbaijan in a political dialogue with them. This should not be allowed under any circumstances.”

The expert noted that the only party that can engage in dialogue and polemics with the separatist regime is the Azerbaijani army: “Experience shows that such a dialogue is quite effective and calming.”

Orujlu noted that Azerbaijan should express its attitude towards Russia directly, and not towards separatists: “Azerbaijan should demand that the Russian government prevent this activity and that Russian troops carry out their mission, because they do not fulfil their mission and behave like occupiers in the territory of Azerbaijan”.