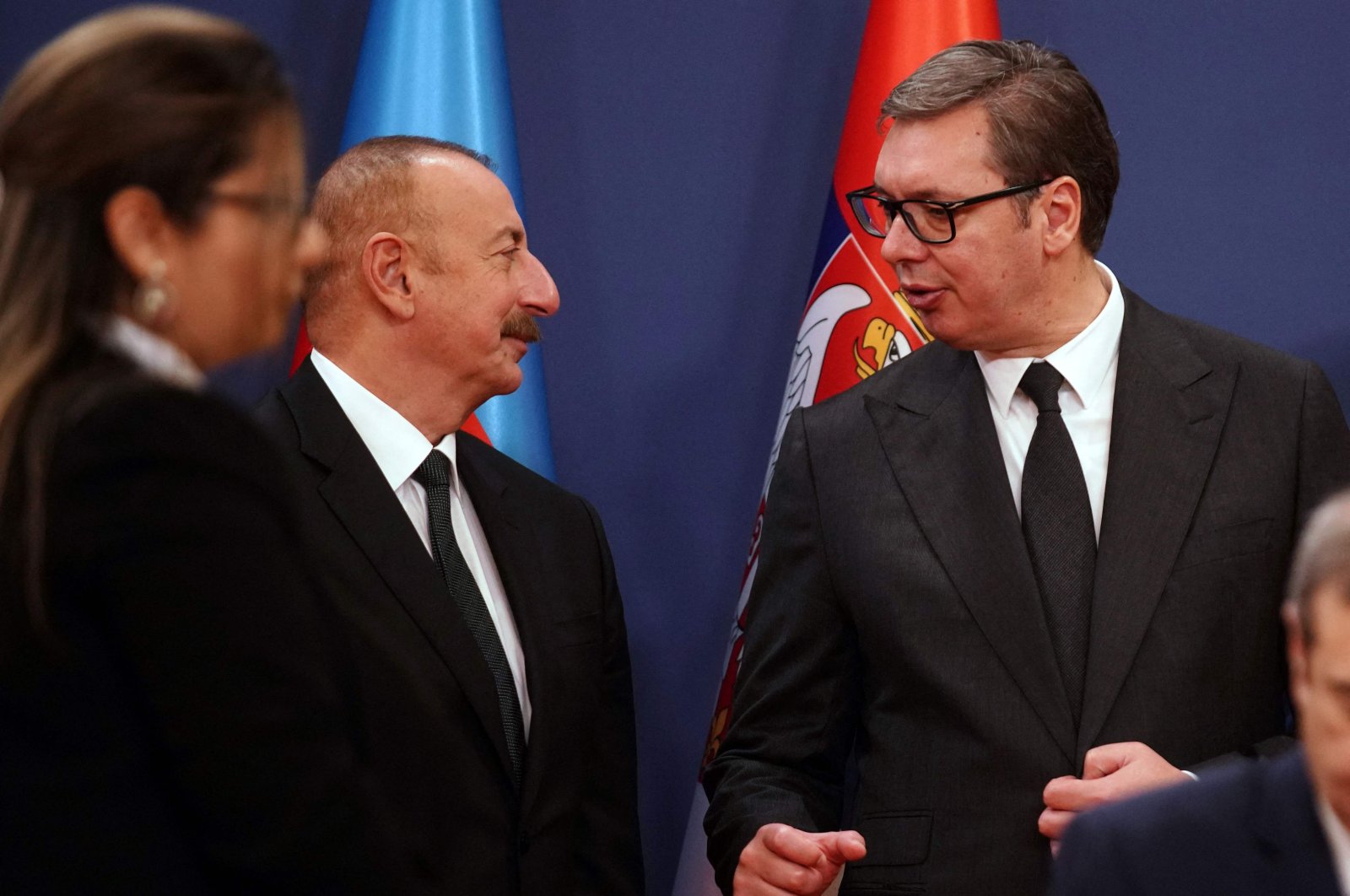 The presidents of Serbia and Azerbaijan on Wednesday signed seven bilateral agreements, including a memorandum of understanding (MoU) to establish the Strategic Partnership Council, according to Azerbaijan in Focus, reporting Daily Sabah.

This came during Azerbaijani President Ilham Aliyev’s visit to the Serbian capital Belgrade where he was welcomed with an official ceremony.

Aliyev and his Serbian counterpart Aleksandar Vucic held an expanded meeting before signing the agreements.

Speaking at a press conference following their meeting, the two presidents said that their countries support each other in the international arena.

“There are ample opportunities for cooperation in the fields of natural gas and electricity,” the Azerbaijani president said.

Vucic, for his part, said that the signed agreements have raised relations between the two countries to a new level.

“There is much more ahead of the two countries and they will be able to do a lot together in the interest and benefit of both nations,” the Serbian president said.

He also announced that he will make an informal but working visit to Azerbaijan by the end of the year to continue discussions with Aliyev on cooperation in the field of energy.

Serbia currently has the lowest price for electricity in the region and a deal could keep rates steady and prevent an increase in prices.

The price for Serbian households is $0.086 cents per kilowatt hour, while in Bosnia Herzegovina it is $0.087.