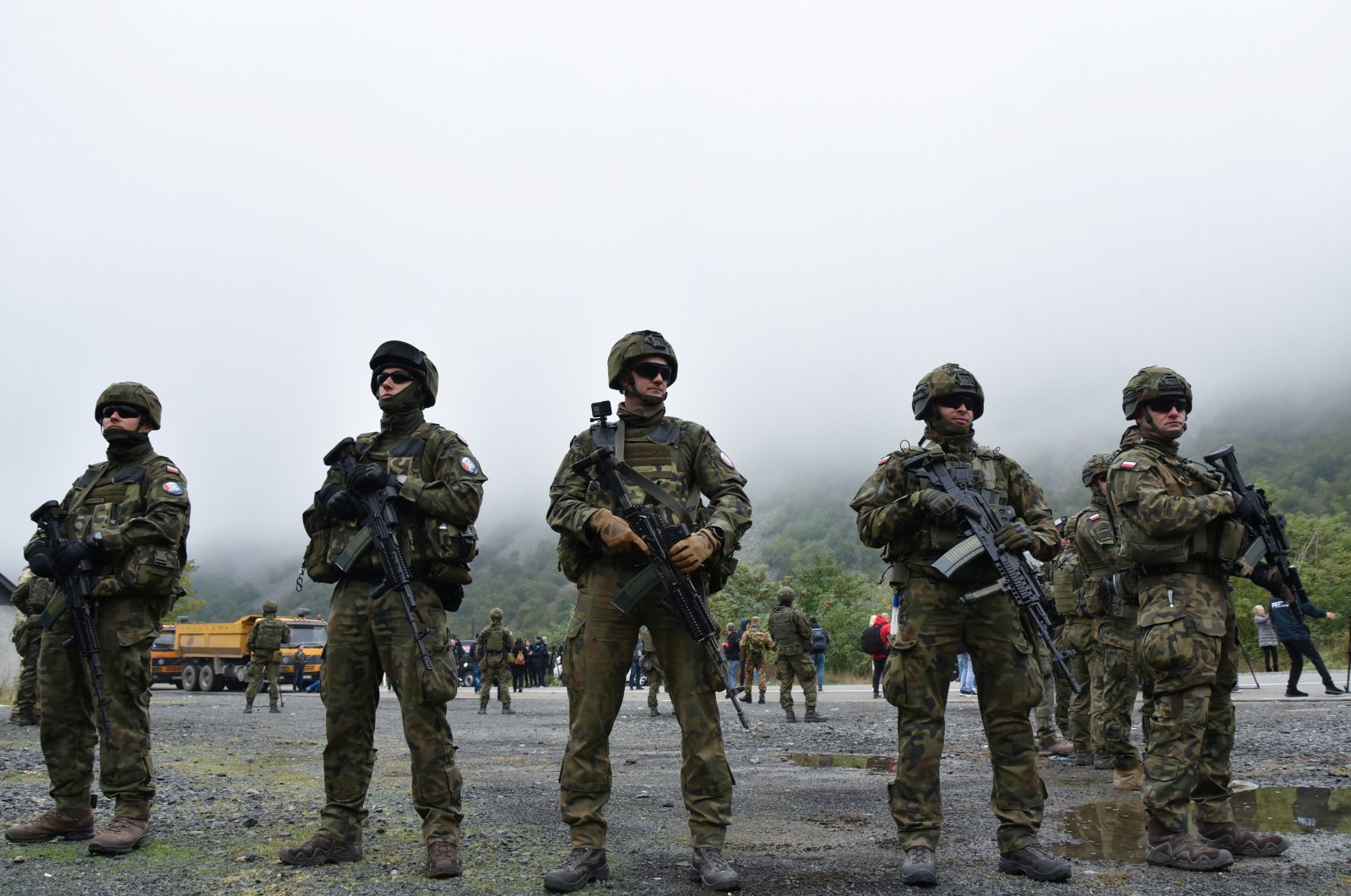 Serbia-Kosovo slam each other for ‘false’ info on border clashes

The tension between Serbia and Kosovo rose ahead of Kosovo’s new law set to come into effect Monday making it mandatory for everyone, including Serbs living in Kosovo, to have a Kosovo ID card and plate.

According to local media, air raid sirens were heard along near the Kosovo/Serbian border as Kosovo is set to restrict border crossings.

There is no official information that anyone was injured during alleged conflicts between Kosovo police and the Serbian Army, said Kosovar police in a statement. “We appeal to all citizens and the media not to fall for fake news that tends to destabilize the situation and creates panic,” it added.

Serbia’s Defense Ministry issued a statement alleging that the Kosovar government is spreading a large amount of disinformation, including through fake accounts on social media.

“There were allegedly some conflicts between the Serbian Army and the so-called Kosovo police,” said the ministry. It added that the Serbian Army had not “in any way entered the territory of Kosovo.”

Meanwhile, Kosovo announced that there is no official information that any citizen or police officer was injured in alleged conflicts between Kosovo police and the Serbian Army.

“We appeal to all citizens and the media not to fall for fake news that tends to destabilize the situation and create a panic,” the Kosovo police said in a statement.

“Based on official information so far, roadblocks have continued at several locations in the north of Mitrovica in the direction of the Jarinje and Brnjak border crossings (with Serbia), which are closed to traffic,” the statement added.

Kosovo, which is predominantly inhabited by Albanians, broke away from Serbia in 1999 and declared its independence in 2008. It is recognized by more than 100 countries, including the United States, the United Kingdom, France, Germany, and Turkey. However, Serbia does not recognize this and continues to lay its claim to the territory.