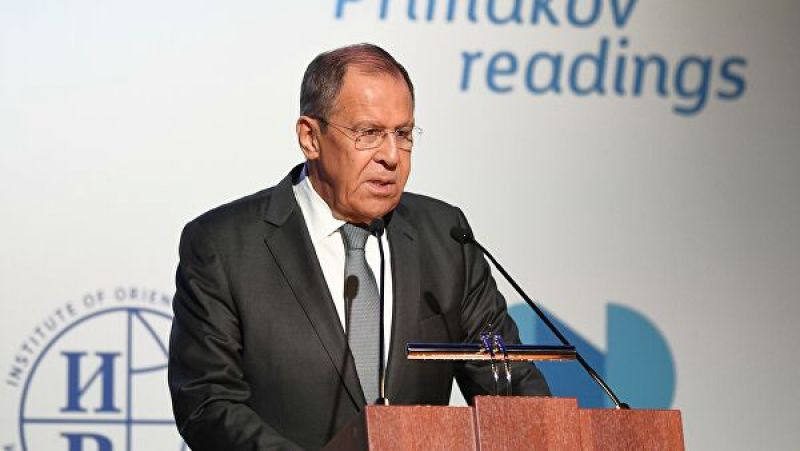 Sergei Lavrov: The status of Karabakh has to be resolved after the restoration of peace in the region

The issue of the status of Nagorno-Karabakh has to be agreed upon with the participation of the OSCE Minsk Group Co-Chairs (Russia, the United States, France); however, now we should focus not on this but on the return of peaceful life to the region. This was stated by Russian Foreign Minister Sergei Lavrov at the Primakov Readings forum, according to Azerbaijan in Focus, reporting Turan News.

“I understand that many people now say that the status of Nagorno-Karabakh remains unresolved. This will have to be finalised with the participation of the OSCE Minsk Group Co-Chairs who at this stage should not probably raise the status issue but rather promote confidence-building measures, resolve humanitarian issues, and ensure that Armenians and Azerbaijanis can once again live together in security and economic prosperity. And then, I assure you, in a couple of years, if we establish such a life, all the problems of the status will be solved much easier, ” the Russian Foreign Minister was quoted as saying by the TASS news agency.