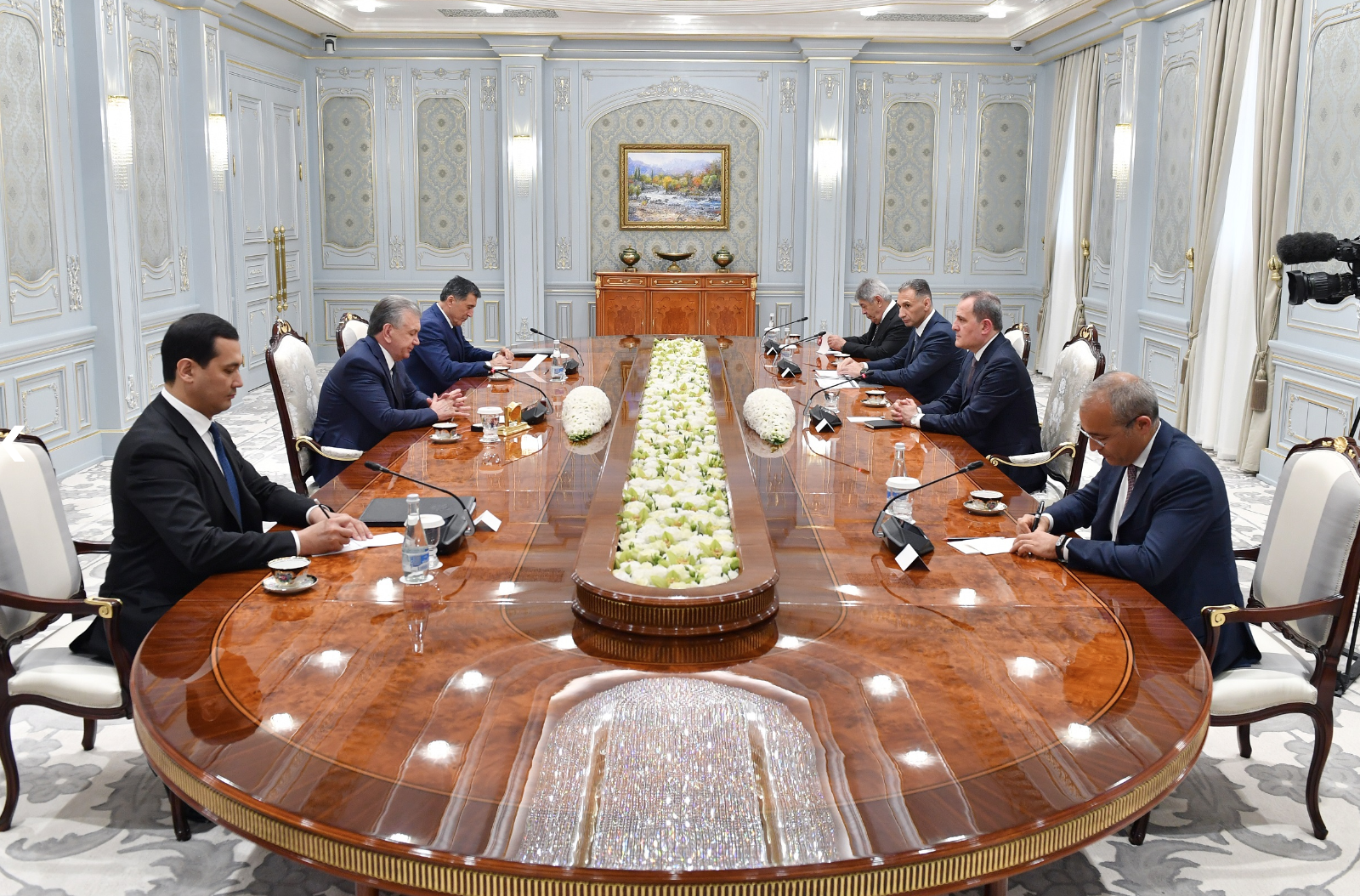 During the meeting, the President of Uzbekistan conveyed his warmest greetings to the President of the Republic of Azerbaijan. Emphasizing the importance of President Ilham Aliyev’s historic state visit to Uzbekistan in June of this year, President Shavkat Mirziyoyev highly appreciated the work done in a short period of time in accordance with the agreements reached during the visit. In this regard, the establishment of relations among companies in a number of fields, reaching agreements between companies in the oil and gas sector, and the meeting of the bilateral Azerbaijan-Uzbekistan Economic Commission yesterday and its results were emphasized. The significance of the historical trilateral meeting of the Ministers of Foreign Affairs, Economy and Transport of Azerbaijan, Türkiye, Uzbekistan, which took place today for the first time, was also brought to the attention.

At the same time, issues of high-level cooperation between our countries within the framework of both bilateral and international organizations, work done within the framework of the Organization of Turkic States, as well as preparatory work for holding the Summit in Samarkand in November of the current year, were discussed at the meeting. In general, the high potential of cooperation opportunities between our countries was emphasized.

Foreign Minister Jeyhun Bayramov, in turn, conveyed the best wishes of the President of the Republic of Azerbaijan Ilham Aliyev to President Shavkat Mirziyoyev. In accordance with the instructions of the Presidents, the need was noted for implementing practical measures to fulfill the obligations arising both from the results of the bilateral intergovernmental commission and from the Tashkent Declaration adopted in the trilateral format. Gratitude was expressed to the President of Uzbekistan for the high-level organization of the trilateral meeting.