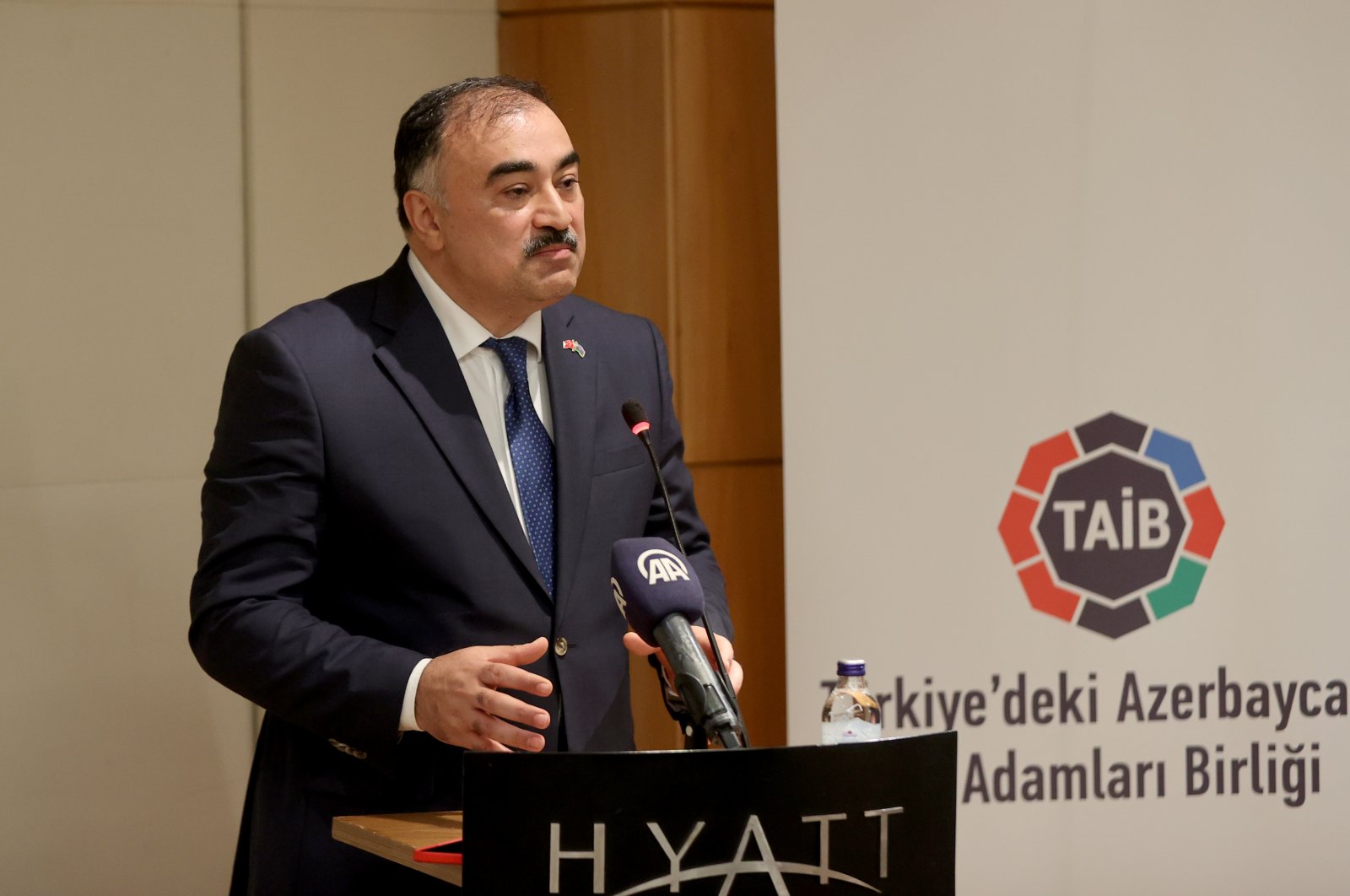 Under the declaration, signed in the city of Shusha in Nagorno-Karabakh, Ankara and Baku declared the expansion and deepening of Turkish-Azerbaijani relations in all aspects.

“With the Shusha Declaration, we drew up a road map of our relations for the new era,” President Recep Tayyip Erdoğan had said during the signing.

The ambassador praised the two countries’ cooperation and mutual investments that he said will serve both countries for centuries to come at an event organized by the Istanbul-based Azerbaijani Business Association (TAIB).

These are “strategic investments” to meet Turkey’s energy needs and build roads to connect Turkey to Central Asia, Mammadov added.

The Azerbaijani envoy also said his country has invested over $18 billion (TL 173.91 billion) in Turkey.

Noting that the investments between the two countries were not only focused on “making money,” he said: “Today, Azerbaijan is building hundreds of kilometers of roads, tunnels, and smart villages and cities in the lands it liberated. Turkish companies do all this.” He was referring to areas in the Nagorno-Karabakh region that Azerbaijan liberated from decades of Armenian occupation last year. One of the two countries’ mutual investments, the Baku-Tbilisi-Ceyhan pipeline, will contribute greatly to their economies, he said, adding that this line will carry 50 million tons of naphtha.

Relations between the former Soviet republics of Azerbaijan and Armenia have been tense since 1991 when the Armenian military occupied Nagorno-Karabakh, a territory internationally recognized as part of Azerbaijan, and seven adjacent regions. When new clashes erupted on Sept. 27 last year, the Armenian Army launched attacks on civilians and Azerbaijani forces, violating several humanitarian cease-fire agreements after the clashes erupted.

During the 44-day conflict, Azerbaijan liberated several cities and nearly 300 settlements and villages. On Nov. 10, 2020, the two countries signed a Russia-brokered agreement to end the fighting and work toward a comprehensive resolution.

This article originally appeared in DAILY SABAH on 03 Nov 2021.