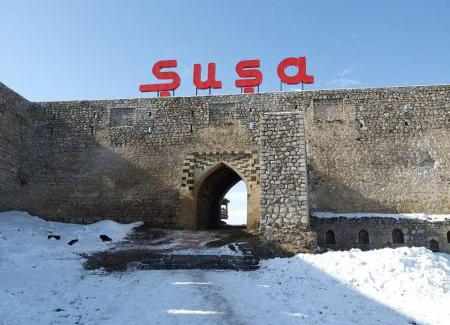 On May 7, President Ilham Aliyev issued an order officially designating Shusha as the country’s cultural capital, according to Azerbaijan in Focus, reporting Turan News, with reference to the website of the head of state.

According to the document, this decision was made to restore the historic image of Shusha, to restore its former glory, and to restore its traditional cultural life, as well as to promote Azerbaijani culture, architectural and urban art in the international arena.

The decree also emphasises historical and cultural significance of Shusha, as well as its exceptional spiritual value to the Azerbaijani people.

We should note that Shusha was founded as a fortress in 1752 by Panah Ali Khan, ruler of the Khanate of Karabakh.

The city was originally the centre of the economic and cultural life of the Khanate, distinguished by its distinctive architecture and rich cultural traditions.

The town was seized and burned down by Armenians during the first Karabakh war in May 1992. On November 8, 2020, the Azerbaijani army liberated it after 28 years. During the town’s 28-year occupation, it fell into disrepair.