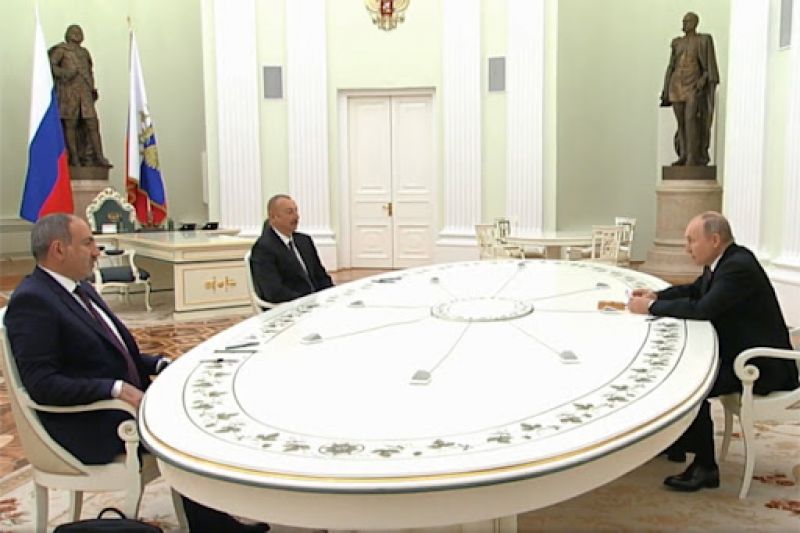 A trilateral meeting of the leaders of Russia, Armenia and Azerbaijan – Vladimir Putin, Nikol Pashinyan and Ilham Aliyev, may take place in Moscow in the first decade of November. As a result of the negotiations, the signing of trilateral statements is expected, according to Azerbaijan in Focus, reporting Turan News, citing RIA Novosti reports.

“Yes, such a meeting is expected. Tentatively on November 8-9 in Moscow,” the agency’s interlocutor said. According to him, the signing of trilateral statements is expected at the meeting.

“The document will relate to the process of delimitation and demarcation of the state border between Armenia and Azerbaijan. This process is complicated, and the parties, through the mediation of Russia, will determine for themselves a “road map” to find a solution to this problem. A statement is also expected to unblock transport communications in the region, reads  trilateral statement adopted in November last year by the leaders of the three countries,” a source told RIA Novosti.