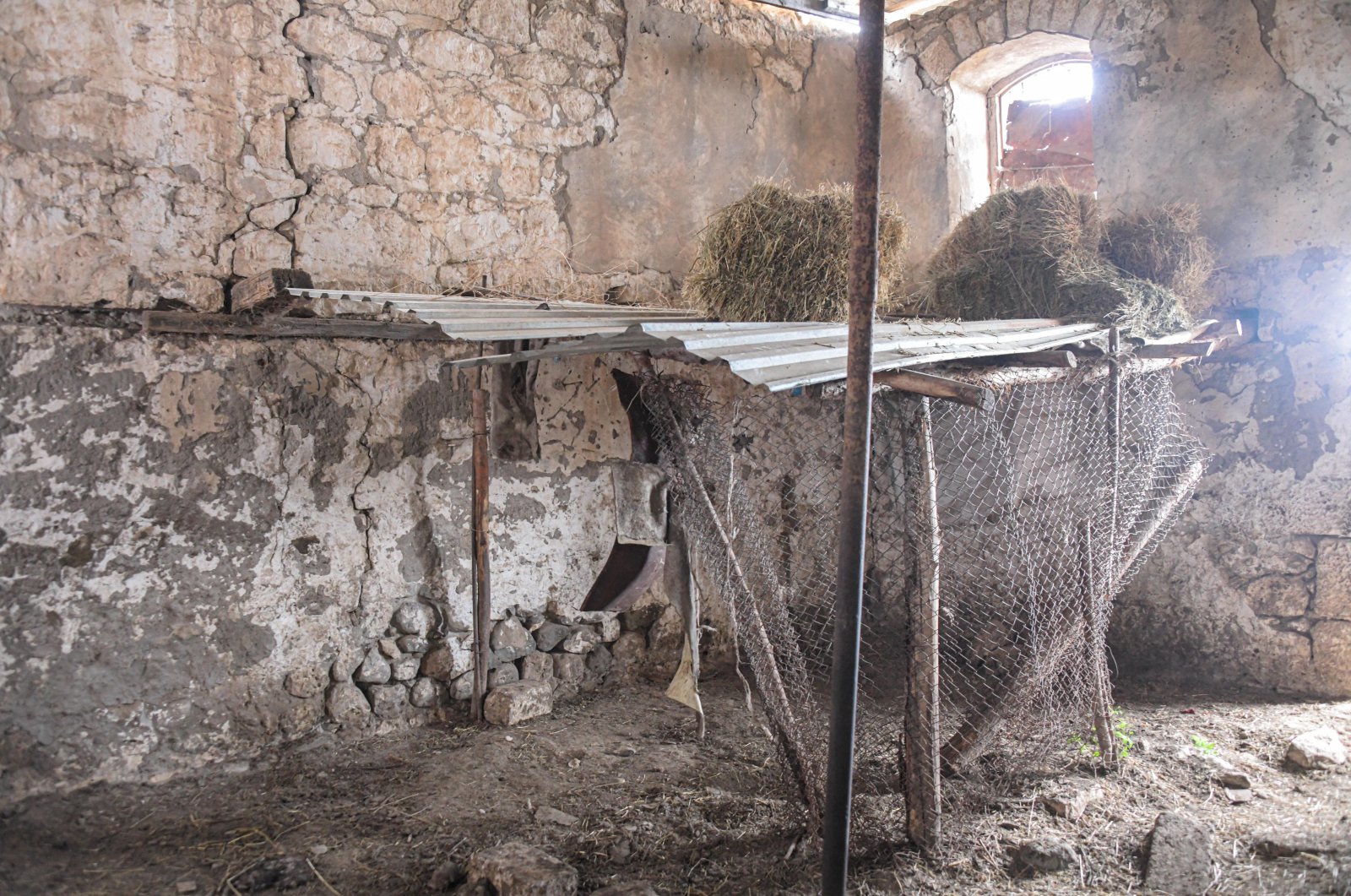 Driving through the territories liberated by Azerbaijan following the Second Karabakh war in September 2020, the only thing I could see was destruction.

Although the pieces of land had been under Armenian occupation for 30 years, it was not possible to make sense of why the region was not developed or reconstructed. Destruction, ruins and the danger of mines was the only thing the eye could see.

As renewed clashes erupted between Azerbaijan and Armenia last Tuesday, a group of journalists and myself ended up in Karabakh – a region over which the Caucasus neighbors have fought two wars in 2020 and in the 1990s.

With Fuzuli, Zangilan and Shusha being our main destinations, we drove hundreds of kilometers and at least 12 hours within the different parts, towns and settlements of the Karabakh region.

Neat roads were a luxury that the Karabakh region and its people were devoid of. The Azerbaijani government has stepped up efforts to build highways that will connect and thereby enhance the quality of life of the regions in Karabakh. A major part of the road to Shusha has recently been constructed, however, the rest of the journey passed as a bumpy ride that is sure to complicate any possible activity in the region.

On the way, we stopped at several prior settlements and cemeteries that now lay in ruins. Neither the living nor the dead were spared from the atrocities of war. The scale of destruction was huge.

Stopping on the road in Fuzuli, Araz N. Imanov, a special representative of Azerbaijan’s president for the Karabakh economic region, told us that no respect was paid regard to the dead or their tombs. Armenian forces dug for the gold teeth in the graves of the elders and stole them from the skulls, the black and white marble popularly used in Azerbaijan as tombstones was similarly stolen and used in a range of places such as on stairs that were stepped on, he explained, citing voice recordings and footage of the inhumane crimes as evidence that will serve in Azerbaijan’s quest for justice in international courts.

Mosques also saw their share of decimation. Again, on the roadsides in Fuzuli, close to a village that was wiped out and of which only wrecked stone buildings were left, we cautiously entered a mosque that dated back to the 12th century. The scene I encountered left me astounded. On one side, inside the mosque, one could see an old, half-ruined wire fence with hay laying on the ground. It was a clear indicator that the mosque had been used as a barn while the many empty buildings of the nearby village could have been easily used instead for animals. A close look at the walls showed traces of attempts to erase the Arabic scriptures; satanic symbols were scratched onto surfaces and bullet holes could be seen on the mihrab, a prayer niche, of the mosque.

Carefully, we made our way out bearing in mind the danger of mines that are especially widely found in previous settlements as well as close to graveyards. A step too far could have dire consequences for the whole group.

“The surrounding villages are mostly mined. Mines are everywhere where Azerbaijanis could go when they return to these territories,” Imanov said, adding that a 5-kilometer (3.11-mile) wide minefield existed in the region we found ourselves, making it a mined area of longer than 200 kilometers. “The ethics of using mines was disregarded like the distance between mines, the different types of mines, plastic mines difficult to detect, remote-control mines…”

Despite nonstop efforts by the Azerbaijani government to clear the mines in the region to enable lives and livelihoods to thrive in Karabakh, two years of intense mine-clearing work has only resolved a small part of the whole process. Some 66,000 mines have been so far detected in Karabakh, most in places and practices against international law and outside the areas designated by the maps Armenia provided Azerbaijan after the 2020 war, therefore still causing pain and costing the lives of innocent civilians and soldiers.

Once a meticulous effort of mine-clearing is over in an area, new roads and facilities are built and construction is currently seen throughout the region.

In the strategic city of Shusha, the heart of Karabakh, mosques were destroyed as well. The town on top of a hill and overlooking Stepanakert (Khankendi) had 17 mosques yet most were destroyed or turned into churches. Works are ongoing for the restoration of three of the mosques, including the central mosque Yukhari Govhar Agha Mosque, built in the 1800s and of high cultural and historical significance for the city.

In September last year, Azerbaijan already inaugurated the first airport in Karabakh, the Fuzuli Airport, while another airport in Zangilan is expected to be opened toward the end of this month and plans are in place for an airport in Lachin. All these developments showed how rapidly it was possible to reconstruct and redevelop once the necessary planning and efforts were put into place.

For this reason, new life was also thriving in Karabakh despite all the destruction and damage like the example of the Agali smart village in Zangilan, which constitutes a pilot project for further such villages to be constructed. Some 66 families making up 365 people have so far returned to Agali from Baku and have been eager to resettle in the region. The families are provided with houses, social facilities, occupations as well as health and education opportunities.

Children, the youth as well as the elders alike, were walking around the small square, home to a cafe, a pharmacy, a bank, and a telecommunications store. Solar panels are seen on the houses as well as on street lamps, and a government representative told us that other renewable energy sources are used in the village as well. He highlighted that more people eagerly await being a citizen of the new smart villages, which provide new hope for the locals after years of foreign occupation and forceful displacement.

In July, Azerbaijan began the process of returning its people to land recaptured from Armenian forces in what Baku calls “The Great Return.” The oil-rich country has vowed to repopulate the recaptured lands.

This report originally appeared in Daily Sabah on September 19, 2022.