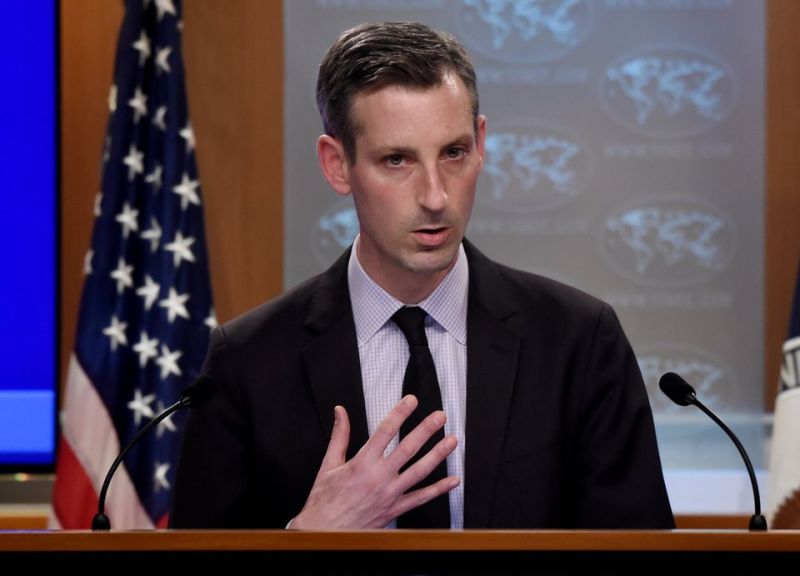 State Department: Iran has been a destabilizing actor

Iran has been a destabilizing actor, State Department spokesperson Ned Price told reporters on Tuesday in response to the latest tensions between Iran and Azerbaijan, according to Azerbaijan in Focus, reporting Turan News.

“When it comes to Iran’s regional activities, we have been very clear, broadly speaking, where we stand. Iran has been a destabilizing actor in many ways, including its support to proxies, its support to other regional actors, its threats and coercive statements more broadly,” Price said.

Relations between Tehran and Baku have steadily deteriorated over recent weeks, fueled by military drills on both sides of the border as well as allegations of an Israeli military presence – something that Azerbaijan strongly denies – and the imposition of border controls on a road straddling the Armenia-Azerbaijan border.

Washington has been silently observing the recent developments around Iran, as the Biden Administration is reportedly seeking a return to the 2015 nuclear deal with Tehran. In the meantime, Israeli Foreign Minister Yair Lapid on Tuesday told President Joe Biden’s national security adviser in Washington that Iran is “becoming a nuclear threshold state” and that the U.S. needs “an alternative plan” to the Joint Comprehensive Plan of Action (JSPOA), which was brokered under former president Barack Obama and vacated by Trump.

During his press conference, State Department’s Price also spoke about Under Secretary Victoria Nuland’s trip to Moscow, where she discussed Iran’s nuclear program among other topics.

“There are a number of differences that we have across a broader set of issues, there are also some areas where we do have an alignment of interests,” said Price.  “You’ve mentioned Iran in a different context, but when it comes to our shared interest in mutual return to compliance with the JCPOA, that is something that we share with the Russian Federation, it is something that we’ve had an opportunity to discuss with the Russian Federation, given our shared interest in seeing to it that Iran is never able to acquire or obtain a nuclear weapon,” he said.

Nuland on Tuesday met with Russian Deputy Foreign Minister Sergei Ryabkov, who was quoted by local media as saying that “Americans are not heeding our logic or our demands.”