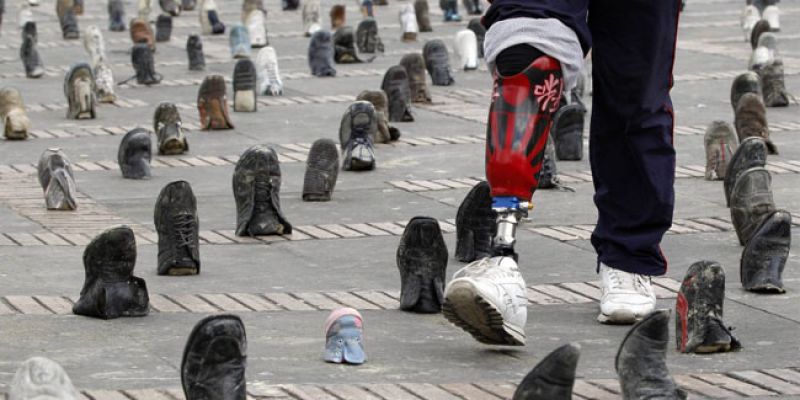 The 4th of April marked the annual International Day for Mine Awareness and Assistance in Mine Actions. On this occasion, Azerbaijan repeated its grave concerns around the serious threat emanating from the massive mine contamination of its recently liberated territories by Armenia and the subsequent refusal of the Government of Armenia to share the location of these mines in order to make the region safe.

Azerbaijan is faced with major mine contamination of its recently liberated territories, which represents a serious threat to the life, safety, and livelihoods of both military and civilians in the post-conflict period.

During almost three decades of occupation of the internationally recognised territories of Azerbaijan, Armenia deliberately laid mines in these territories, as a result of which there had been numerous casualties among the Azerbaijani military and civilians.

With a view to inflicting as much damage as possible, as well as creating additional obstacles for civilians returning to their homes, Armenia also deliberately planted mines on a massive scale during its forced withdrawal following the counter-offensive operation of the Armed Forces of Azerbaijan.

Armenia, in a blatant violation of its international obligations, now refuses to release information on the location of minefields. This is a severe breach of international humanitarian law.

Since the signing of the Trilateral Statement by the leaders of Azerbaijan, Armenia, and Russia on November 10, 2020, which announced an end to all military activities between Armenia and Azerbaijan, 20 citizens of Azerbaijan, including 14 civilians have been killed as a result of mine explosions in the recently liberated territories. 85 citizens, including 16 civilians have been seriously injured, including the brave employees of the Azerbaijan National Agency for Mine Action (ANAMA) attempting to protect others.

The massive mine contamination of these territories also seriously impedes the realisation of rehabilitation and reconstruction plans that the Government of Azerbaijan has embarked on. Most importantly, it affects the realisation of the inalienable right of the hundreds of thousands of internally displaced persons to return to their homes in safety and dignity. Families forced from their homes for nearly thirty years still cannot safely return until these mines are cleared.

Armenia’s deliberate policy of planting mines at scale during the period of illegal occupation, and during its forced withdrawal from these lands, clearly demonstrates the intention to deny access of the hundreds of thousands of Azerbaijanis ethnically cleansed by Armenia to their homelands, to hamper the realisation of fundamental rights of these people, and inflict as much unnecessary human suffering as possible. Armenia’s conduct continues to impede the realisation of the vision of peace, security, and cooperation in the region.

Azerbaijan has repeatedly called for the international community to voice their concern at the human cost of Armenia’s land-mines. Azerbaijan reiterated its appeal on Mine Awareness Day and called on the international community not to turn a blind eye to Armenia’s violations of its international obligations, including its deliberate policy of planting mines, impeding the return of internally displaced persons to their homelands, and refusing to release information on the location of land-mines.

We urge Armenia to uphold its international legal obligations and its moral duty to protect life. Azerbaijan will take all available and necessary legal measures to ensure peace and uphold accountability.