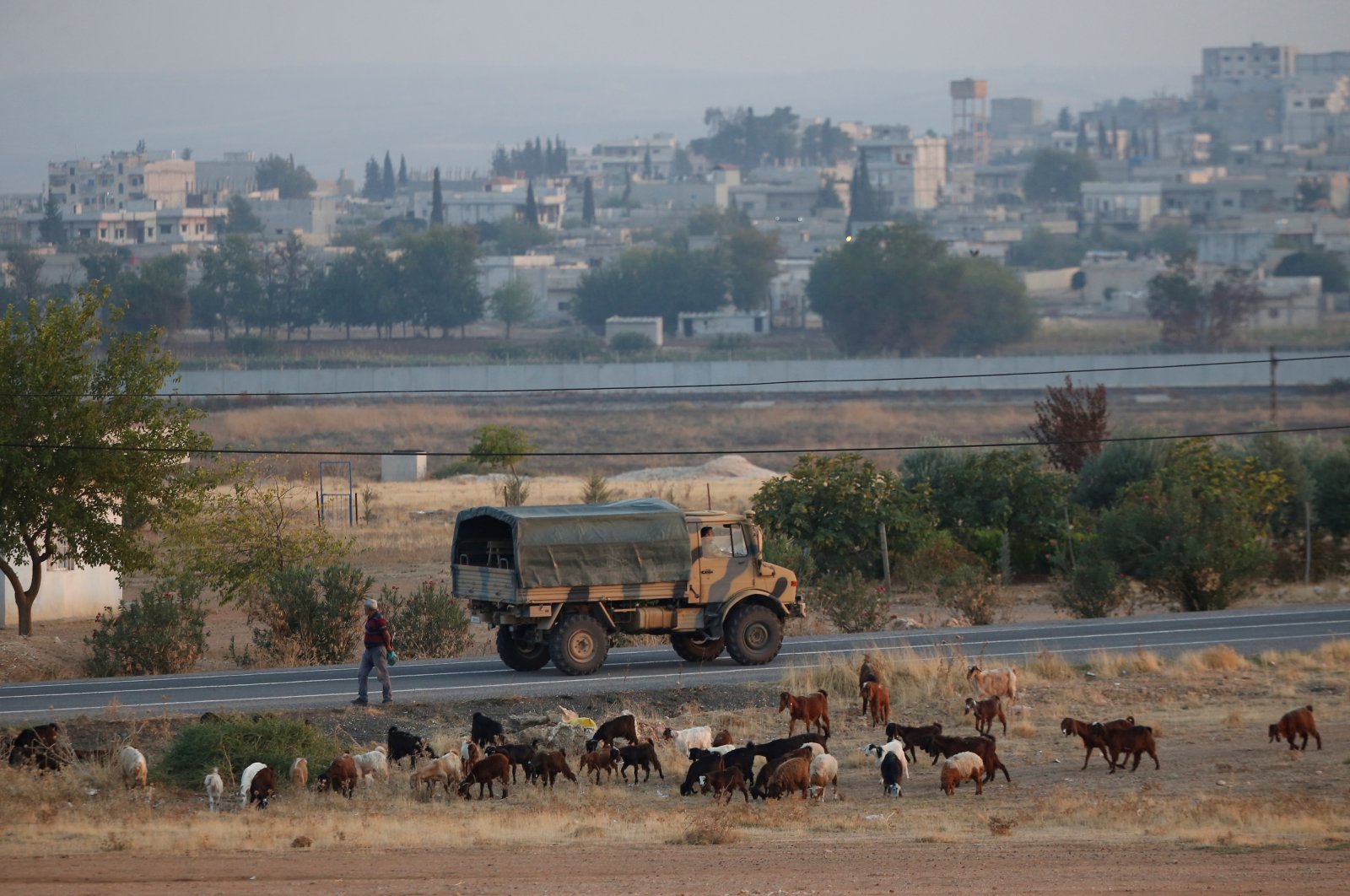 The Syrian moderate opposition said they were ready to join the Turkish military in a potential new cross-border counterterrorism operation against the PKK’s Syrian offshoot YPG in the north to liberate largely Arab populated towns and villages from the terrorists, according to Azerbaijan in Focus, reporting Daily Sabah.

Two senior commanders said orders were given to heads of units of the Turkey-backed Syrian National Army (SNA) to take an offensive stance as the Turkish military steps up mortar shelling and drone strikes in territory the YPG/PKK control.

“Readiness can happen in a day or two. There are thousands of fighters ready to participate alongside the Turkish military,” Capt. Abdul Salam Abdul Razak, a prominent Syrian opposition commander told Reuters.

Ankara has conducted three successful counterterrorism operations into northern Syria since 2016, clearing hundreds of kilometers of land and pushing some 30 kilometers deep into the country, in operations targeting mainly the U.S.-backed YPG/PKK and Daesh terrorists.

Two main goals are Tal Rifaat, a town where thousands of Arabs have been displaced and Ain al-Arab, also known as Kobani, whose capture would allow Turkey to link the towns of Jarablus and Tal Abyad it now controls, a Syrian opposition military officer said.

Turkey last week dismantled parts of a concrete wall near Ain al-Arab, which Ankara had built along the 911-kilometer-long border with Syria, in a move to push forces into the border town, two rebel sources said.

A senior opposition commander in touch with the Turkish military however said it was not certain the military operation would start soon, adding it could be postponed until “further notice.”

Washington has expressed concern at any new offensive in northern Syria claiming it would undermine regional stability and put U.S. troops at risk.

The PKK is a designated terrorist organization in the United States, Turkey and the European Union, and Washington’s support for its Syrian affiliate has been a major strain on bilateral relations with Ankara. The U.S. primarily partnered with the YPG/PKK in northeastern Syria in its fight against the Daesh terrorist group. On the other hand, Turkey strongly opposed the YPG/PKK’s presence in northern Syria.

A YPG/PKK source said at least several thousand terrorists have been redeployed and sent to Ain al-Arab and other towns.

“All options are open in the next few days,” he said without elaborating.

The YPG/PKK, which sought Russia’s help to halt a Turkish advance in a previous incursion, conducted in the last few days joint patrols near the front line with the Turkey-backed opposition, he claimed.

Moscow was also sending more military flights to Qamishli airport, which is under Syrian regime control even though the city itself is under the control of YPG/PKK terrorists, another source said.

YPG/PKK terrorists still threaten the security of the safe regions with their attacks in northern Syria.

The YPG/PKK mostly carries out terrorist attacks in Manbij, Ain al-Arab and the Tal Rifaat district of Aleppo. The terrorist group even uses these regions as bases for its attacks.

The terrorists often target Turkish forces who provide security in the Euphrates Shield, Olive Branch and Peace Spring areas and try to infiltrate the positions of Syrian opposition fighters from regions that the terrorist group was supposed to withdraw from under agreements Turkey has with the U.S. and Russia.