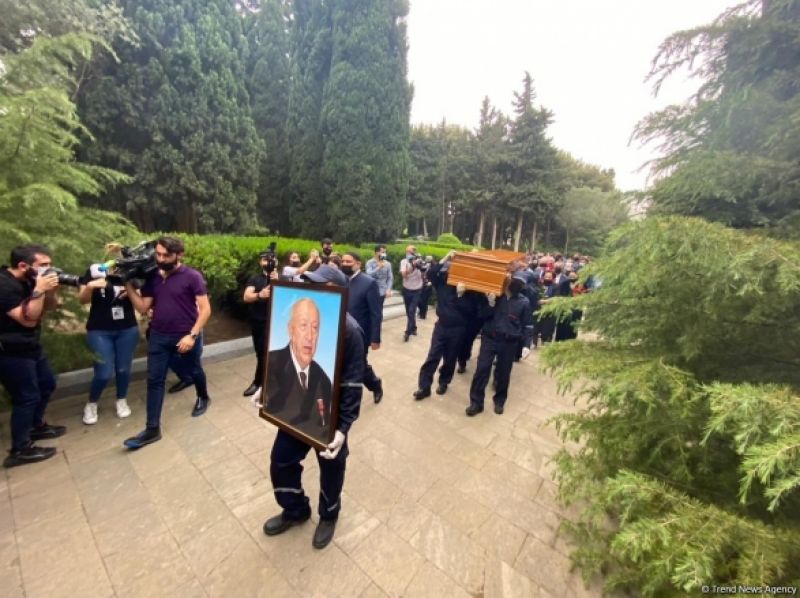 Tair Salakhov is buried in the Alley of Honor

People’s Artist of the USSR and Azerbaijan, Hero of Socialist Labor, Vice-President of the Russian Academy of Arts, Tair Salakhov was buried at the Alley of Honor on May 24, according to Azerbaijan in Focus, reporting Turan News.

The funeral was attended by representatives of the Ministry of Culture, scientists and cultural figures, and family members of the deceased.

Tair Salakhov was born on November 29, 1928 in Baku. After graduating from high school in 1945-1950, he studied at the Azim Azimzade Azerbaijan Art School, and in 1951-1957, he continued his studies at the Surikov Moscow State Art Institute. He is considered a bright artist of the school of socialist realism.