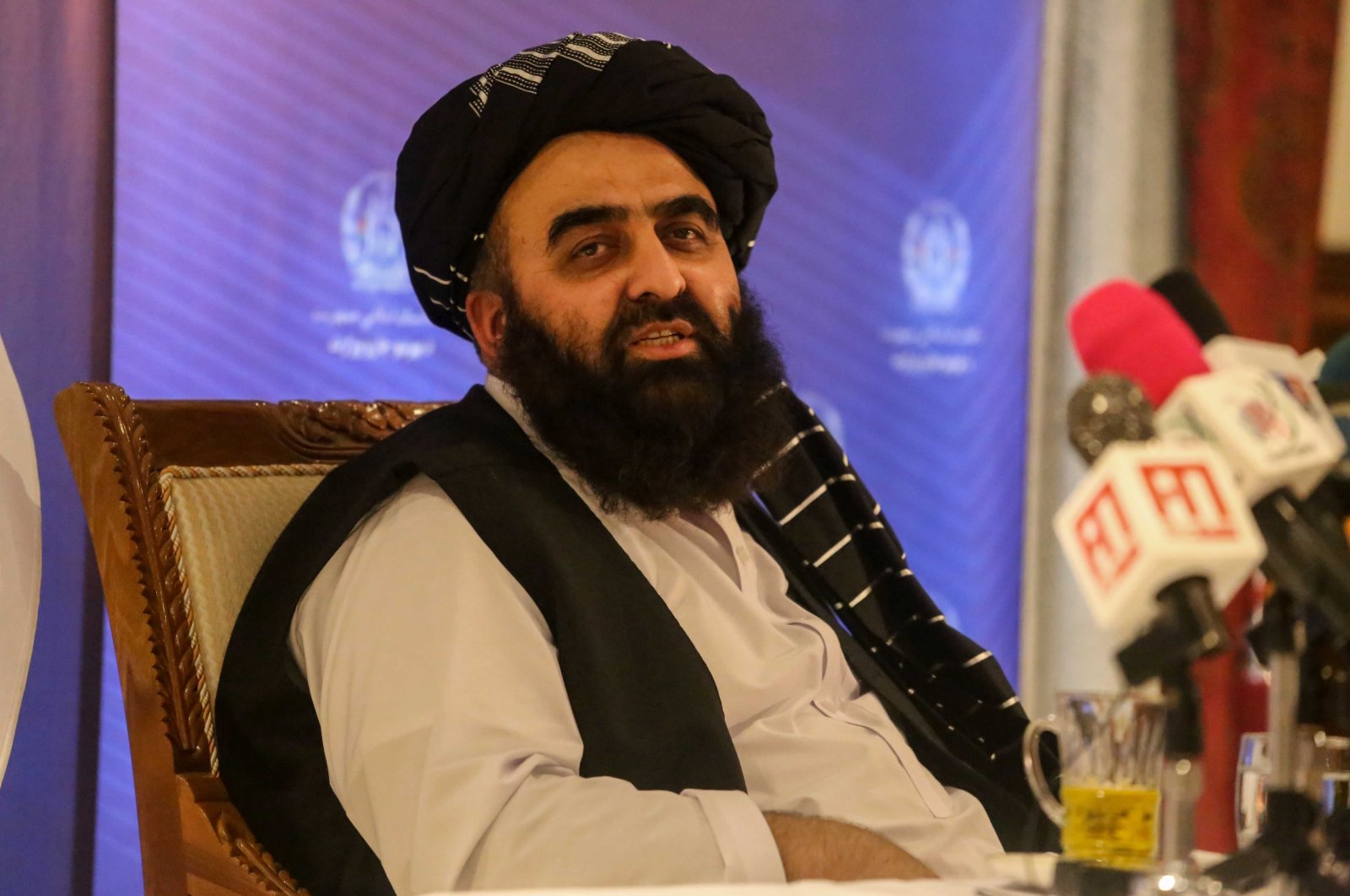 The delegation boarded a plane from the Qatari capital Doha. In a meeting with Western diplomats in Doha on Tuesday, Muttaqi had said that weakening the Afghan government would not benefit anyone as it would have negative economic and migration repercussions for the world.

“The delegation will hold talks with senior Turkish officials on issues of mutual interest,” Balkhi said on Twitter.

This marks the first high-level contact between Turkey and the new administration in Afghanistan after the Taliban took power on Aug. 15.

Speaking to reporters after the meeting, Çavuşoğlu said that recognizing the Taliban and engaging with it are two different things. He added that Turkey reiterated the need for an inclusive government and voiced its expectations regarding the security of Kabul airport.

“They asked us for humanitarian aid and the continuation of investments there,” Çavuşoğlu also said and added that the Turkish side once again shared its advice on girls’ education and women’s employment in business life.

“The Taliban leadership said they would give their best support if they (Afghan migrants) wanted to return to their country,” he also said.

Meanwhile, Dr. Murat Arslan from Istanbul Sebahattin Zaim University (İZÜ), told Turkish broadcaster NTV that Muttaqi’s visit could be seen as one of the Taliban’s efforts to receive recognition, but Turkish officials have highlighted the necessity of an inclusive government.

President Recep Tayyip Erdoğan recently highlighted the importance of an inclusive government in Afghanistan, as he said it was crucial in reaching a deal regarding the operation of the Kabul Hamid Karzai International Airport.

Turkey has been working with Qatar to re-open the airport in the Afghan capital of Kabul to international travel. However, repairs are needed before commercial flights can resume.

There are currently two airline carriers, Islamabad-based Pakistan International Airlines (PIA) and Afghanistan’s privately-owned Kam Air, which operates chartered flights but at high costs to account for the insurance. The Taliban threatened to ban the airlines on Thursday unless they reduce costs, Taliban spokesperson Zabihullah Mujahid tweeted. The cost of a one-way PIA ticket from Kabul to Islamabad costs around $2,500, up from $300 before the Taliban seized power in August.

Erdoğan also said at a virtual meeting between the Group of 20 most powerful economies that the international community should keep the channels of dialogue with the Taliban open, to “patiently and gradually steer” them toward establishing a more inclusive government.

He said Turkey, which already hosts more than 3.6 million Syrians, cannot bear an influx of migrants from Afghanistan, warning that European nations would also be affected by a new wave of migrants.

The Taliban say they want international recognition. They warn that weakening their government will affect security and spark an even bigger exodus of migration from the country.

Also, Çavuşoğlu recently said that humanitarian aid would be sent to Afghanistan by land via Pakistan, as it is faster and less costly.

When asked whether there was contact with the interim Taliban government in Afghanistan, Çavuşoğlu said: “There is a meeting at the ambassador level. We have not been there yet, they have not come. They need humanitarian aid, food, medicine and winter is coming. We are talking about these needs.”

Taliban officials previously noted that they want Turkey to provide aid and support to the Afghan people and called on Turkey to be the first country to formally recognize the new administration in Afghanistan.

NATO member Turkey maintained its embassy in Afghanistan after Western countries withdrew following the Taliban takeover, and has urged those countries to step up engagement. At the same time, it said it will only work fully with the Taliban if they form a more inclusive administration.

The visit comes a day after Çavuşoğlu told reporters that he and ministers from other countries plan to visit Kabul for talks with the Taliban.

This article originally appeared in DAILY SABAH on 14 Oct 2021.