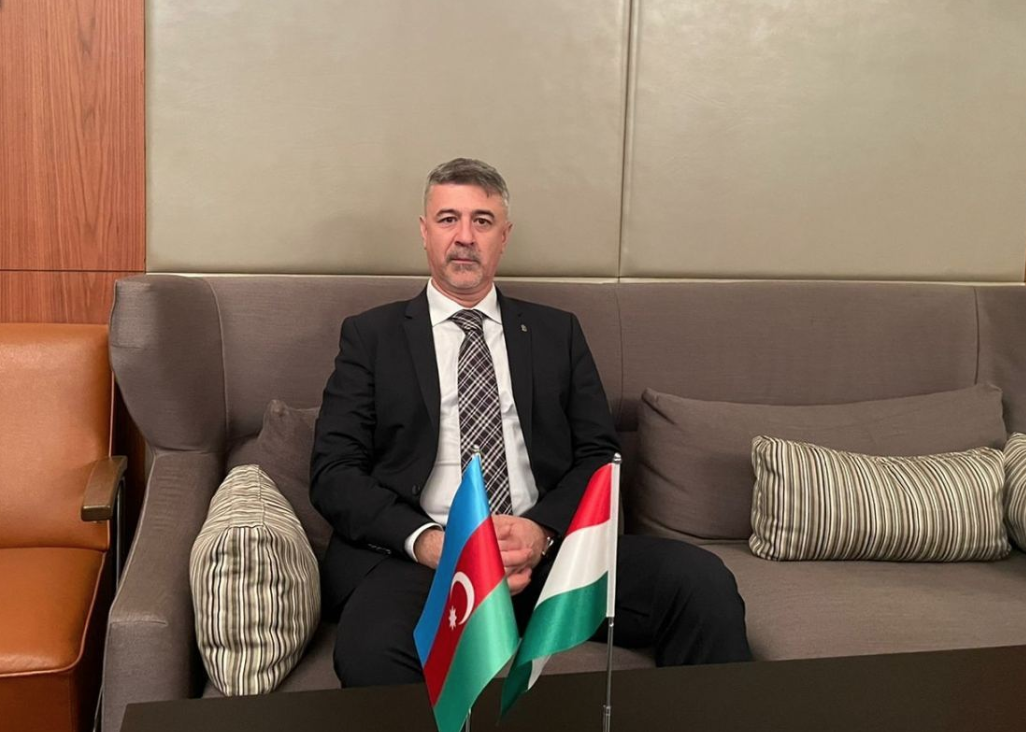 Hungary is definitely interested in including Azerbaijani gas in its future energy mix, Ambassador Extraordinary and Plenipotentiary of Hungary to Azerbaijan Tamás Torma said in an exclusive interview on November 3, according to Azerbaijan in Focus, reporting Trend News.

“Our political leaders have reiterated this intention at various forums, for the last time in June this year, when Péter Szijjártó, Minister of Foreign Affairs and Trade participated at the Baku Energy Week. Negotiations regarding our possible gas purchase through the Southern Gas Corridor have already started between SOCAR and Hungarian energy companies MOL and MVM. However, for this to happen, further investments are needed in infrastructure, supply and transport capacities and concrete commitments will have to be made on the demand side, not just by Hungary,” said the ambassador.

Torma pointed out that the Hungarian natural gas transmission system will soon be ready to receive Azerbaijani natural gas from the southern direction.

“In this context, we welcome the commissioning of the Greece-Bulgaria Interconnector on the 1st of October and look forward to the completion of other infrastructure projects in South-East-Europe. At the same time, we hope that Azerbaijan will soon be able to supply enough gas to meet the increased European demands,” he added.

As for cooperation in the alternative energy sphere, Torma noted that for both Azerbaijan and Hungary, the transition to the use of renewable energy sources is a priority and an important task ahead.

“We already have a dynamically developing bilateral cooperation in the field of energy, and our goal is to expand this also to renewables. Since February 2020 a Working Group on energy issues has been operating between our countries. Here we focus, among others, on areas like green solutions, energy efficiency and water management, where Hungarian companies offer innovative technologies and know-how that we are ready to share. Reconstruction projects on the liberated territories of Azerbaijan also provide great opportunities for cooperation in the field of renewables. Naturally, in light of today’s energy crisis in Europe, the importance of investments in green energy and energy efficiency has even increased in Hungary. Among other measures and plans, Minister of Foreign Affairs and Trade, Mr. Péter Szijjártó recently announced that Hungary will join the project supplying “green electricity” from Azerbaijan to Georgia and Romania,” said the Hungarian ambassador.

Talking about the priority areas of cooperation, Torma recalled that the 8th session of the bilateral commission on economic cooperation was held in February this year, so the main priorities and tasks are set.

“But we are definitely planning to promote new ideas as well. We can build on existing or previous cooperation, like the one between Azersu and Hungarian waterworks companies. There are also ongoing projects to be completed, like a greenhouse complex construction in the Khizi region of Azerbaijan. We usually aim at joint projects that bring mutual benefits, and we mostly focus on areas like smart/green urban solutions, energy efficiency and water management, where Hungarian companies offer innovative technologies and know-how that we are ready to share. There are many other spheres, like agricultural development or energy, where the potential for further cooperation is high, especially with view to the recent geopolitical developments,” he explained.

“In fact, in January 2021, Hungary was among the first countries to express its interest to participate in the rebuilding and reconstruction works on the liberated territories – and we have reiterated our intention at various high-level meetings since then. Our companies participated at the Rebuild Karabakh EXPO in October 2021, as well as last week, between 19-21 October 2022. The potential spheres of cooperation, such as infrastructural, urban and agricultural development, have already been identified. At the moment, we are working on promoting concrete projects in these areas. It is
important to note that the Hungarian EXIM Bank has a special credit line of 120 million dollars for financing joint projects by interested Hungarian and Azerbaijani companies,” said Torma.

As for the relations in the sphere of tourism, he noted that Hungarian company WizzAir has been operating flights between Baku and Budapest since 2016 and after the COVID-pandemic, in October 2021, Hungary was among the first countries to restore air traffic with Azerbaijan.

“WizzAir now operates two flights per week between our capitals, and decides on the number of flights based on commercial considerations,” the envoy explained.

Torma expressed Hungary’s interest in being more active in the Organization of Turkic States as well.

“Indeed, Hungary, even as a country in Central Europe and a member state of Western alliance systems, does not forget its Eastern roots. Although we are “only” observers in the Organization of Turkic States, we want to be active participants of the organization’s work, and of all Turkic cooperation formats. In order to deepen cooperation with the Turkic world, in 2019 we have opened the European Representation Office of the OTS in Budapest, which is now fully operational, with project officers from all Member Countries, including Azerbaijan.

We have a wonderful cooperation with the Turkic Culture and Heritage Foundation, based in Baku. We definitely want to become more and more active in all areas that the Organization covers, this is why we regularly participate at its meetings, events at various levels. Just as in previous years, a Hungarian delegation of the highest level will be present at the organization’s next summit in Samarkand, in November 2022. The fact that Shusha will be Cultural Capital of the Turkic World in 2023 and Veszprém –Balaton region will be Cultural Capital of Europe 2023 offers new areas of cooperation,” the ambassador concluded.