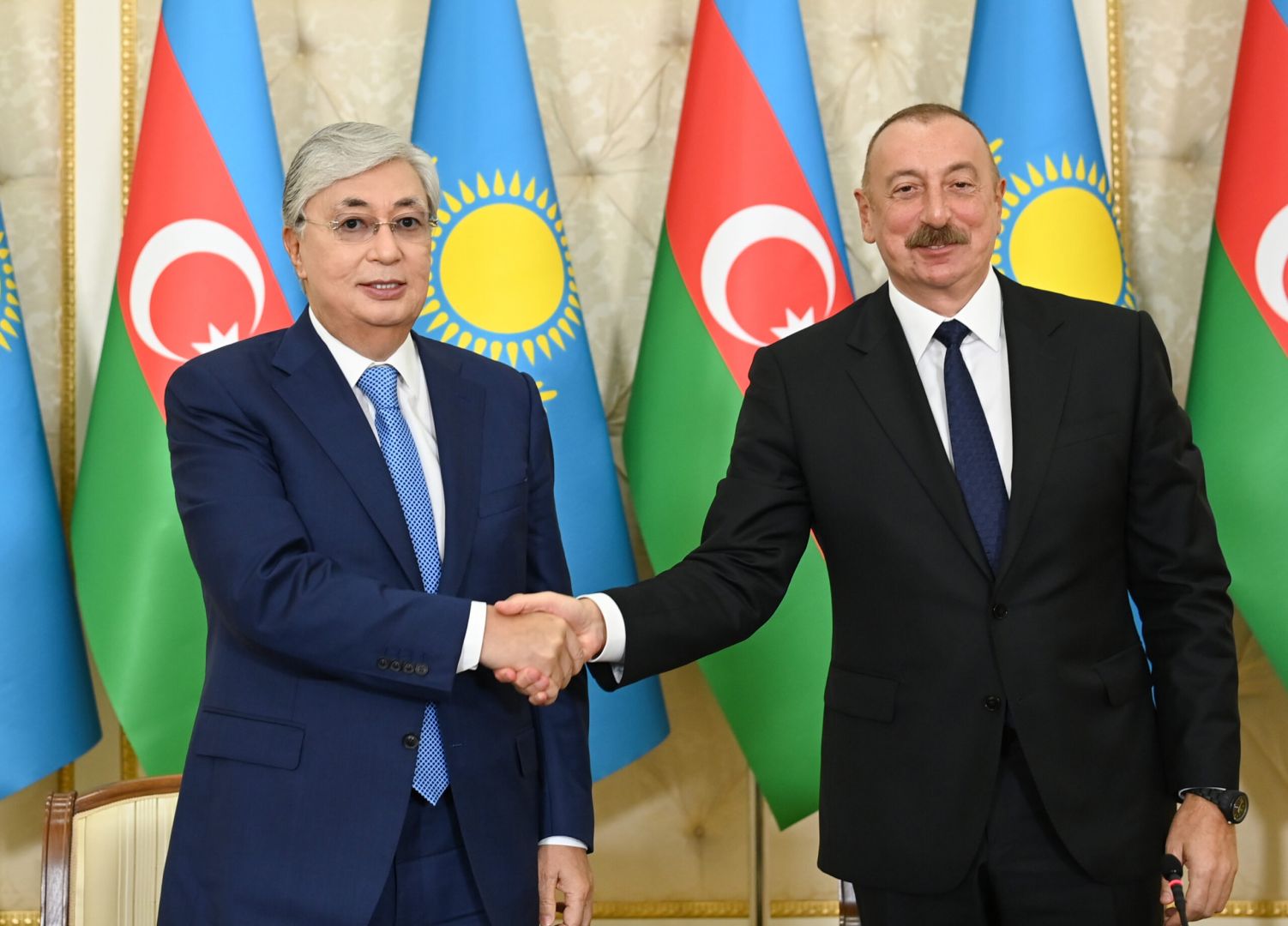 Azerbaijan is tenacious and strong-willed and has already made huge strides towards overcoming ups and downs in the nearly 30-year-long unstable and sometimes chilly relations with some of the nations of Central Asia, according to Azerbaijan in Focus, reporting Azernews.

With fresh opportunities available amid the ongoing Russian-Ukrainian war and difficulties in transporting natural resources, Central Asian nations seem resolute and single-minded to make up for the lost time to benefit from Azerbaijan’s ultra-modern transport and infrastructure facilities for entering foreign markets.

Azerbaijan’s cutting-edge transport network, oil and gas pipelines, and the brand-new Alat sea port are some of the crucial facilities for almost all the Central Asian nations, particularly for the energy-rich Uzbekistan, Kazakhstan, and Turkmenistan.

The historic visit of Azerbaijani President Ilham Aliyev to Uzbekistan was a powerful signal to the latter’s neighbors, who seemed unaware or uninformed of Baku’s modern infrastructure facilities also convenient and practical for them, and soon after it, frequent official visits from wide-ranging state agencies commenced that yield positive results.

Here is another high-profile official visit. This time, Azerbaijan rolled out the red carpet for Kazakh President Kassym-Jomart Tokayev in Baku, which, pundits believe will give a new impetus to bilateral cooperation.

“As a result of the visit, cooperation between our countries will further strengthen. We are countries with close relations; we have a lot in common with Azerbaijan from a cultural or historical point of view,” pundit Adil Sailaubek believes.

The August 24 visit of Kazakh President Kassym-Jomart Tokayev to Azerbaijan and his talks with Azerbaijani President Ilham Aliyev will undoubtedly become a turning point in the development of bilateral relations. The presidents signed a number of documents. Each of them is worthy of detailed analysis and examination. The Declaration on Strengthening Strategic Relations and Deepening Allied Interaction between the Republic of Kazakhstan and the Republic of Azerbaijan is the most important of all signed documents.

Here is what Azerbaijani President Ilham Aliyev said to this end in his statement to the press.

“Many documents have been signed. Some of them were signed with our participation, and more than 20 documents were signed between relevant agencies today. This creates a broader legal framework for our relationship. Of course, of these documents, I would like to specifically mention the Declaration on the strengthening of strategic relations and the deepening of allied relations between Kazakhstan and Azerbaijan, which we have just signed. The name of this Declaration itself testifies to the importance of the document. We are not only strategic partners but also allies. Of course, this puts a special responsibility on us, and we are ready for this responsibility. The declaration covers many aspects of our cooperation and will certainly serve as a very solid basis for our future interaction.”

The allied interaction provides for a different level of mutual obligations and mutual support, including in the event of real threats to the independence and territorial integrity of states.

“Kazakhstan and Azerbaijan are the states close to each other, we are strategic partners, allies,” the president of Kazakhstan said in a statement to the press on August 24. Moreover, Azerbaijan and Kazakhstan have already a solid history of strategic cooperation. Nur Sultan has repeatedly supported Azerbaijan in the most critical issue for Azerbaijan – the Armenian-Azerbaijani conflict, including on such platforms as the CSTO and the EAEU, where Azerbaijan is not included.

Now, Azerbaijan and Kazakhstan are developing cooperation, which was once again confirmed during the visit, also within the framework of the Organization of Turkic States, where Azerbaijan is also the road to Turkey for Kazakhstan. Baku and Nur-Sultan signed a whole package of documents relating to economic specifics. This includes the Digital Silk Road, cooperation in the field of logistics, and much more. The package of documents, signed by the two states, requires political will and they proved it by putting their signatures under them.

President Ilham Aliyev focused on the transport and logistical sectors of Azerbaijan, stressing that “the Middle Corridor connecting our countries has great prospects. Both Kazakhstan and Azerbaijan have already put in place a modern infrastructure that enables the transportation of large volumes of cargo. However, we have also identified future directions of cooperation in order to further increase the capacity of the Middle Corridor”.