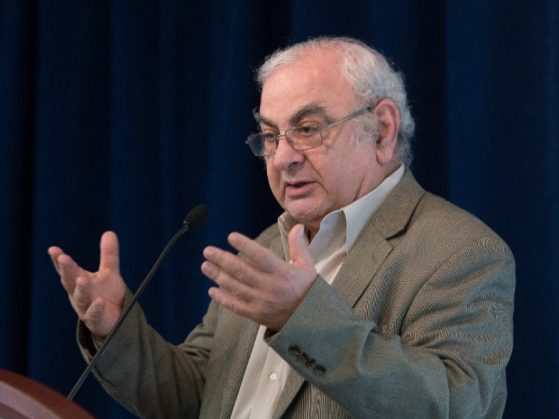 Jirair Libaridian, Former Advisor to Armenian President Levon Ter-Petrosyan (1994­–97) has analysed the current deplorable situation in Armenia and the reasons behind the reignition of the Armenian–Azerbaijani Nagorno-Karabakh conflict, noting that the main responsibility lies in the fundamentally flawed ideology of Armenia and its leadership. ‘Azerbaijan in Focus’ reports The Armenian Mirror-Spectator.

Mr Libaridian commented: “We lost because, instead of facing reality, for over two decades our leaders based their judgments on ideological, political, partisan and personal considerations. We lost because we refused to see the shifting balance of power and failed to accept that time was not on our side. We confused our emotions with thinking strategically.”

Mr Libaridian explained that Armenian Prime Minister Nikol Pashinyan had a “fundamentally misplaced and dangerous belief that… an appeal to the Azerbaijani people beyond President Aliyev’s authority would produce a different Azerbaijani position, one that is closer to Armenian maximalism.” Mr Libaridian continued by condemning Pashinyan’s unwillingness to act as a statesman and negotiate the return of the occupied territories in an orderly and peaceful manner in return for equivalent security guarantees for his people on their land and achieving peace.

He recognised the intransigent nature of the situation: “The West, East, South and North told us for over 20 years that (a) they would not recognise Karabakh’s independence, and (b) they considered the Armenian-controlled seven districts adjacent to Karabakh as occupied districts and that, whatever justification we cite, we must return them. Azerbaijan has been telling us during this time that they will go to war for those districts. Despite this, we still appealed to the West to help us keep the seven districts and to recognise Karabakh’s independence when we started losing the war.”

The analyst then criticised the approach of Armenian politicians: “Our fundamental problem is in the way we think. (In this instance, by ‘we’, I mean most of our political parties and leaders.) Our problem is the way we looked at the Karabakh conflict and framed the questions related to its resolution: we started with the conclusion that corresponded with our dreams, and then asked only those questions that confirmed our conclusions and did not challenge our assumptions and logic.

“Our problem is our political culture that relies on dreams, rather than hard facts; the way we strategise, and the way we easily set aside what the outside world and our antagonists say and do, if these disturb any of our prejudices and predetermined beliefs. We adjust political strategy to meet our wishes, to what will satisfy our desires, rather than taking into consideration the simple facts that collectively make up the reality around us.

“Our problem is the way in which we allow our judgment to be obscured by the highest, noblest and ideal solutions of our problems and illusions. Our problem is the way we insist on overestimating our capabilities so that we would not question our strategy and compromise our dreams. We thought that our strategy to ‘not give an inch back’ was right, because our cause was just. We believed we could bend the will of the enemy and the international community, making them think and feel the way we do.

“We thought our dreams were so noble that just having them constituted a political programme and telling the world about them could replace strategic thinking.”