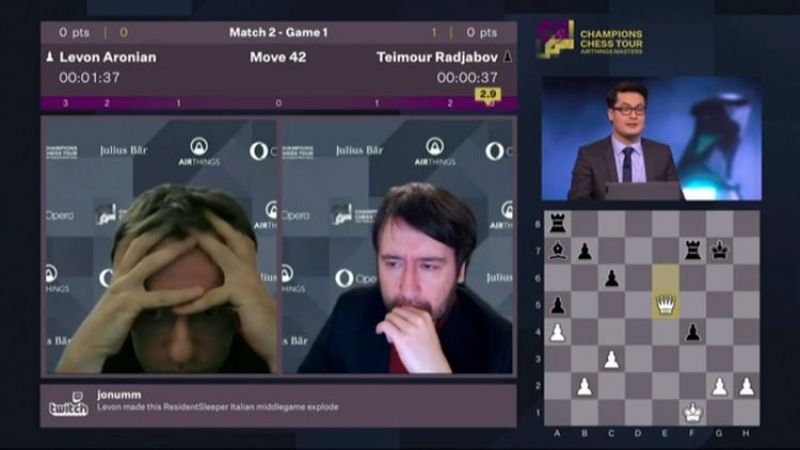 Azerbaijani grandmaster Teymur Rajabov, having won the final against Levon Aronian, became the winner of the “Airthing Masters” online tournament, according to Azerbaijan in Focus, reporting Turan News.

In the first match of the final, Radjabov defeated Aronian with a total score of 2.5: 1.5. The return match ended with the score 2: 1 also in favor of the Azerbaijani chess player.
The competition was held within the framework of the Chess Tour of Champions, initiated by the world champion Magnus Carlsen.

In the quarterfinals, Radjabov defeated Ian Nepomniachtchi (Russia), and in the semifinals, the winner also defeated Russian Daniil Dubov.